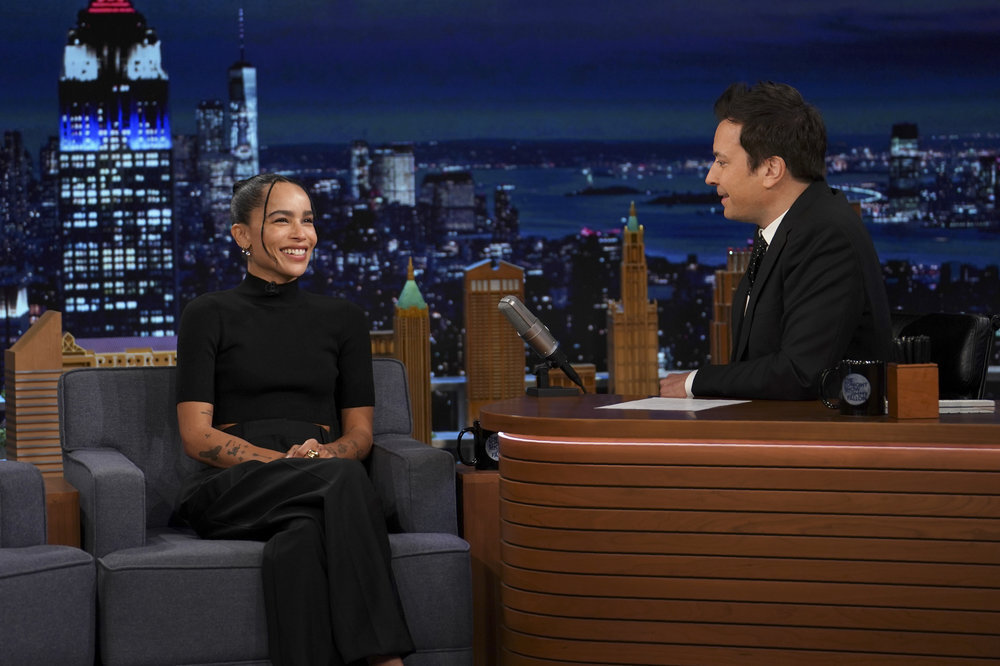 On Wednesday, Zoë Kravitz stopped by “The Tonight Show Starring Jimmy Fallon.” The daughter of Lisa Bonet and Lenny Kravitz has been on a press tour to promote “The Batman,” which officially debuts in theaters on Friday. During the interview, the award-winning actress opened up about how she landed the role of Catwoman.

“My agent told me that I was on the list of actors they were looking at. Even that would have been enough to have been on that list was pretty wild. I flew out to L.A. to meet Matt Reeves,” Kravitz said.

For the appearance, the “Dope” star continued with her sleek style streak by opting for an all-black ensemble. Her look consisted of a cropped mock-neck top and high-waist pleated trousers.

She slicked her raven locs up into a bun and left a few strands drape on the sides of her face. The “Big Little Lies” star complemented her look with soft neutral makeup, small hoops and a few midi rings.

To ground everything, she slipped into a pair black slingback pumps. The classic style featured a pointed toe and a thin heel.

As of lately, Kravitz has been sticking to a monochromatic aesthetic. At the New York City premiere of “The Batman,” she gave a nod to her Catwoman character with a black gown by Oscar de la Renta. The strapless garment included a feline bust silhouette at the top and laced up in the center.

Add a touch of elegance to your ensemble with classic black pumps.