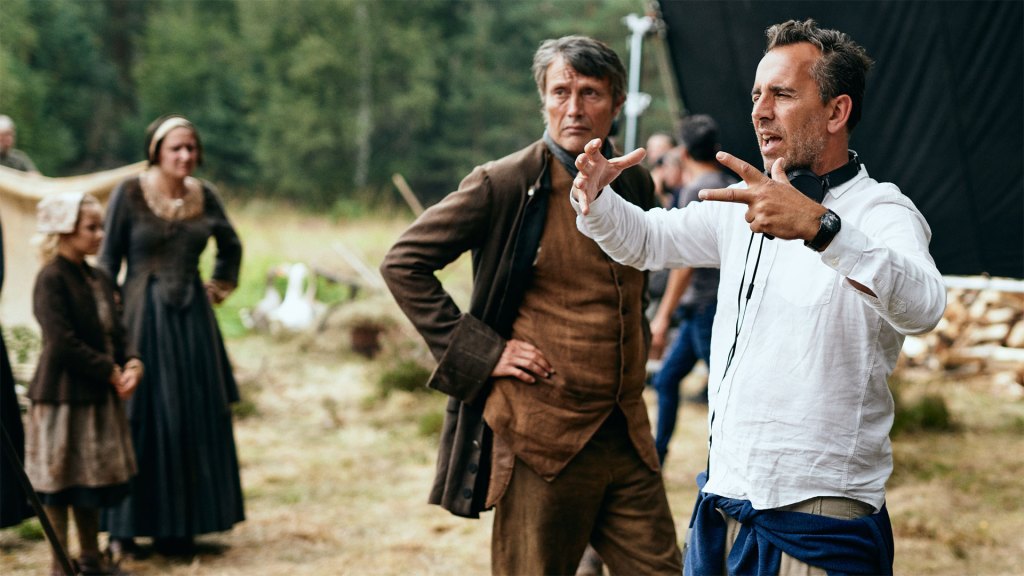 Previously known as the working title King’s Land, the film is currently shooting in Denmark, Germany, and the Czech Republic and is expected to have its local release in autumn 2023.

Set in the mid-1700s, the flick follows Danish King Frederik V who has declared that the wild heath of Jutland should be tamed, cultivated and colonized so that civilization could spread and new taxes be generated for the royal house. However, no one dared to follow the King’s decree. The heath meant certain death – a godforsaken place haunted by ravenous wolves, highwaymen, and a brutal and unforgiving nature. But in the late summer of 1755, a lone soldier by the name of Ludvig Kahlen rode into the heath in a stubborn pursuit of a lifelong dream, determined to reach his goal: The heath would either bring him the wealth and honour he had long seeked… or get the better of him.

Arcel co-wrote the film’s script with Anders Thomas Jensen. It’s based on the Danish bestseller Kaptajnen og Ann Barbara (The Captain and Ann Barbara) from 2020.

The film has an €8M budget and has pre-sold to the US (Magnolia Pictures), Germany (Plaion Pictures), France (The Jokers Films), Benelux (September Films), and Hungary (Vertigo Media).