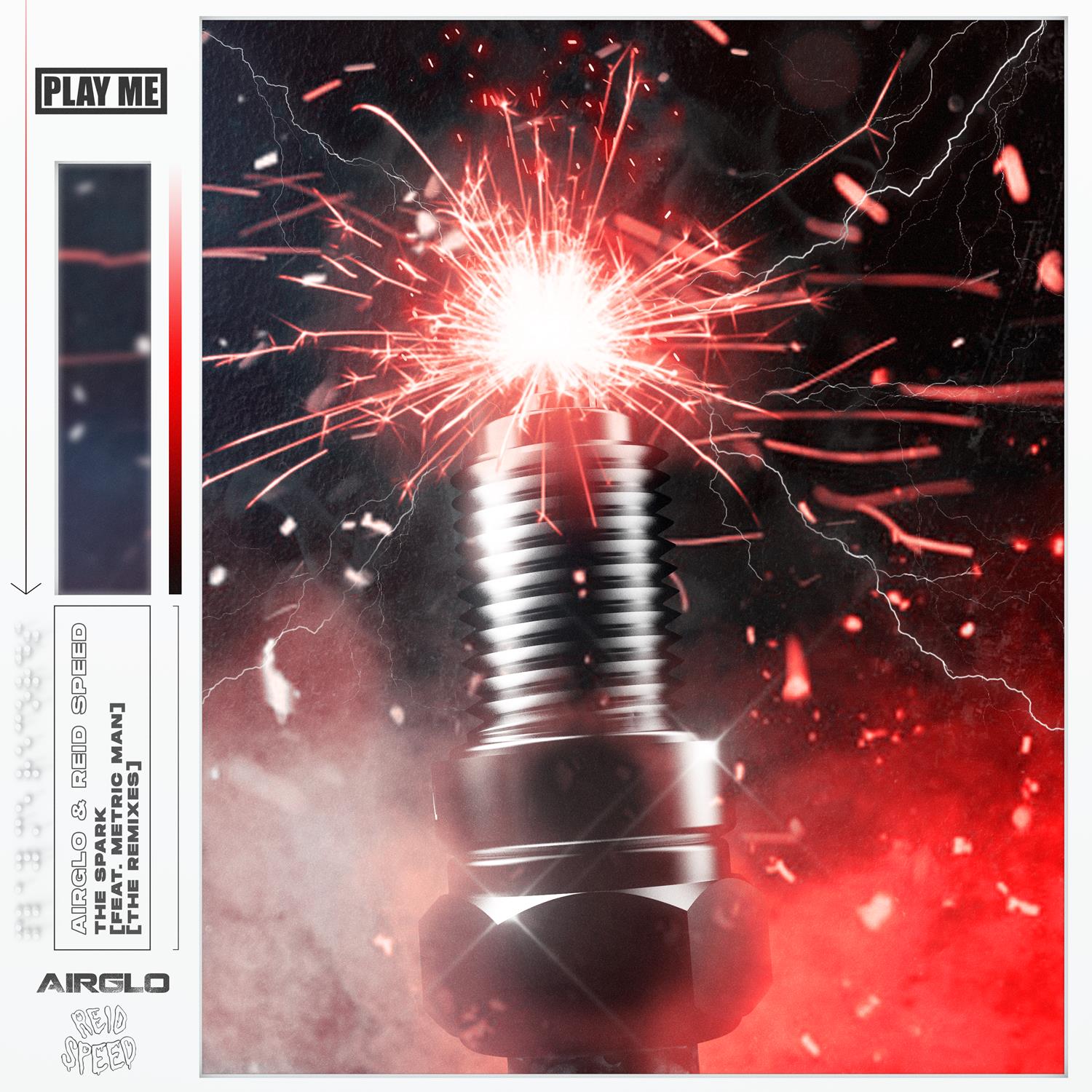 We don’t get a whole lot of breaks submissions at YEDM anymore, but when we do it’s great to see them from artists like Keith MacKenzie, a name synonymous with the rise of the Florida breaks scene in the 90s and 00s and one of the original architects of progressive breaks full stop. He also happens to be a big part of this DnBoomer’s origin story, so when fellow OG Reid Speed handed over Play Me‘s most recent remix EP for her single with AIRGLO and Metric Man called “The Spark” out this Friday, March 18…oh, the flashbacks she did induce!

Featuring remixes from Russla & Peter Ashley, WAVHART, Wholio and DIELAHN, on The Spark (the Remixes), Ms. Speed seeks not only to open her stems up to different genres but, aside from MacKenzie, to give a platform to relatively new artists with loads of talent. From the original smooth yet deep ragga-infused mix she put together with fellow LA D&B virtuoso AIRGLO and with reggae vocal legend Metric Man spitting flawlessly over it, there were a lot of directions in which remixers could choose to go. The jazzy intro and overlay, the deep, grinding sub synths, the initial ameny snares, the rumbling vox it’s likely the biggest challenge with these stems was too much good stuff.

All these options is likely why Reid Speed chose to open “The Spark” up to remixing: she knew she’d get a great variety, and indeed that’s the case. Russla & Peter Ashley’s remix is a fast, neuro-tinged grinder that celebrates Metric Man’s Lyrics and highlights the guitar work in the breaks, while WAVHART’s tune is a snappy dancefloor joint bordering on jump up but still containing the original track’s soul and fire. Wholio went oldschool 90s throwback with nearly darkstep vibes and really played up the amens . DIELAHN, on the other hand, converted the track to a cool halftime track which is at once dark, minimal, deep and ravey and takes advantage of the slower tempo to bring some real reggae vibes with Metric Man’s vox at the break. It seems the diverse options here produced loads of interesting remixes.

MacKenzie’s remix stands out not only because of his name and past deeds but because, despite D&B and breaks both being breakbeat in structure, it’s actually quite difficult to convert tempos there. Especially with “The Spark” being a bit faster than the average D&B, it’s likely MacKenzie had to completely rework the beat. The recompression job for the vox was also likely a challenge, but this producer with almost 30 years in the game makes it look effortless, with his trademark progressive breaks and harmonizing synths grounding the track while he takes all those styles in the original and makes them funky af. Adding cinematic, 80s electro-style flourishes and a cool groove to link vox to beat and make it all breaks, this remix is easily as complex as the original while also being smooth and very, very Keith MacKenzie.

A lot of D&B heads in the US got into the genre via breaks, and in places like Florida, New York and Chicago, artists like Keith MacKenzie were instrumental in morphing 120 into 140 and eventually 174, inspiring artists like AK1200, DJ Dara and likely even Reid Speed herself. With so many throwback vibes in “The Spark,” possibly a nod to 90s breaks even being A spark to Reid’s own career and MacKenzie making rumblings of a comeback lately, it stands to reason that this remix EP should contain a slice of the once epic rave culture that was Florida breaks. A history lesson couched in a modern track with remixes looking to the future: nothing could be more Play Me than that.

The Spark (the Remixes) drops this Friday, March 18 on Play Me Records. Click here to pre-order or pre-save.