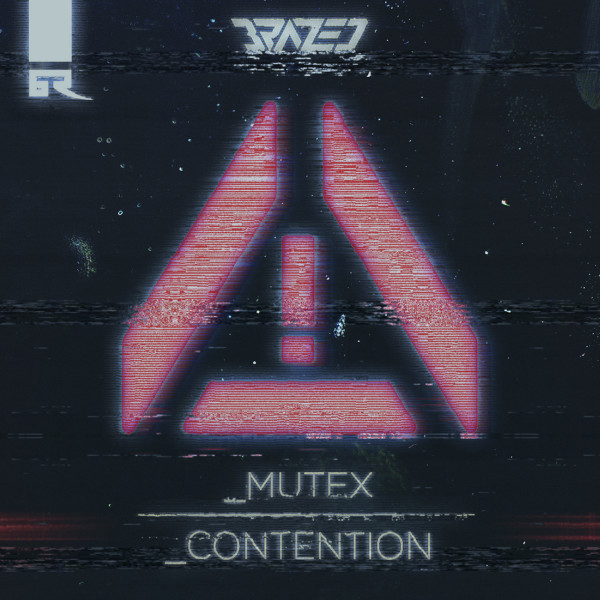 The Hamburg/Berlin-based duo Brazed have been bumping around the more curated underground labels for a while now, having released on Major League D&B, Audiolith and Reid Speed‘s Play Me in the last couple of years. In December, they were part of Netherlands-based Citrus Recordings’ annual Citrus Recap compilation with their tune “Boomerang.” One of their most popular tracks, however, was a collab with Instinkt on Bad Taste called “Harpoon,” so, with some more recent stand-alones under their belts, it makes sense that BCUK legend Vegas would conscript a single for his Bad Taste label. Enter: “Mutex” and “Contention.”

Similar to the labels that have released them, Brazed’s style is a bit all over the board but in the best possible way. With hard D&B and cinematic sound design at the core of it all, this duo seem to be able to absorb different styles and subgenres into their work and then drop them at just the right moment in any given track, but the overall style is still uniquely theirs. “Boomerang,” for example, is a dancefloor chugger whose snares do actually sound like a boomerang about to whip back at the thrower’s head, while the snares in “Elope” on Play Me are syncopated jazz-style and merge with the breaks and circus-like synths in astonishing ways.

Brazed’s upcoming tracks on Bad Taste are more neuro-forward than some of their previous work but have some cool throwback vibes a’la late stage techstep. “Contention” also has an experimental arc to it with super-fast snares, minimal yet somehow still very theatrical sound design, vintage toms and a growler of a sub synth. Very exacting in its composition, “Contention” is the most relatably “German” track we’ve seen thus far from the duo, who usually play it a bit fast and loose compared to, say, a Phace or a Current Value.

Our premiere today is “Mutex,” the A side to “Contention” and the more dancefloor-lit track of the two. With a snappy snare and some similar-to-“Contention” breakdown toms, this is where Brazed’s generalized hard D&B vibe breaks out into full neuro territory. Still precise and full of syncopation, “Mutex” can still incite a bass face from 50 yards and have dancefloors bouncing. It’s the best of both worlds, really: heavy and danceable, experimental and mixable.

With their obvious aptitude to get atomic-time precise and super-weird and minimal with the snares, danceability still seems to be the most important thing to the boys in Brazed. With an intimate knowledge of vintage grooves from the darkstep days and a platform like Bad Taste under them, they can now craft these deceptively intricate beats. This balance will likely become Brazed’s calling card, and if tracks to come are anything like “Mutex” and “Contention,” we’re here for it.