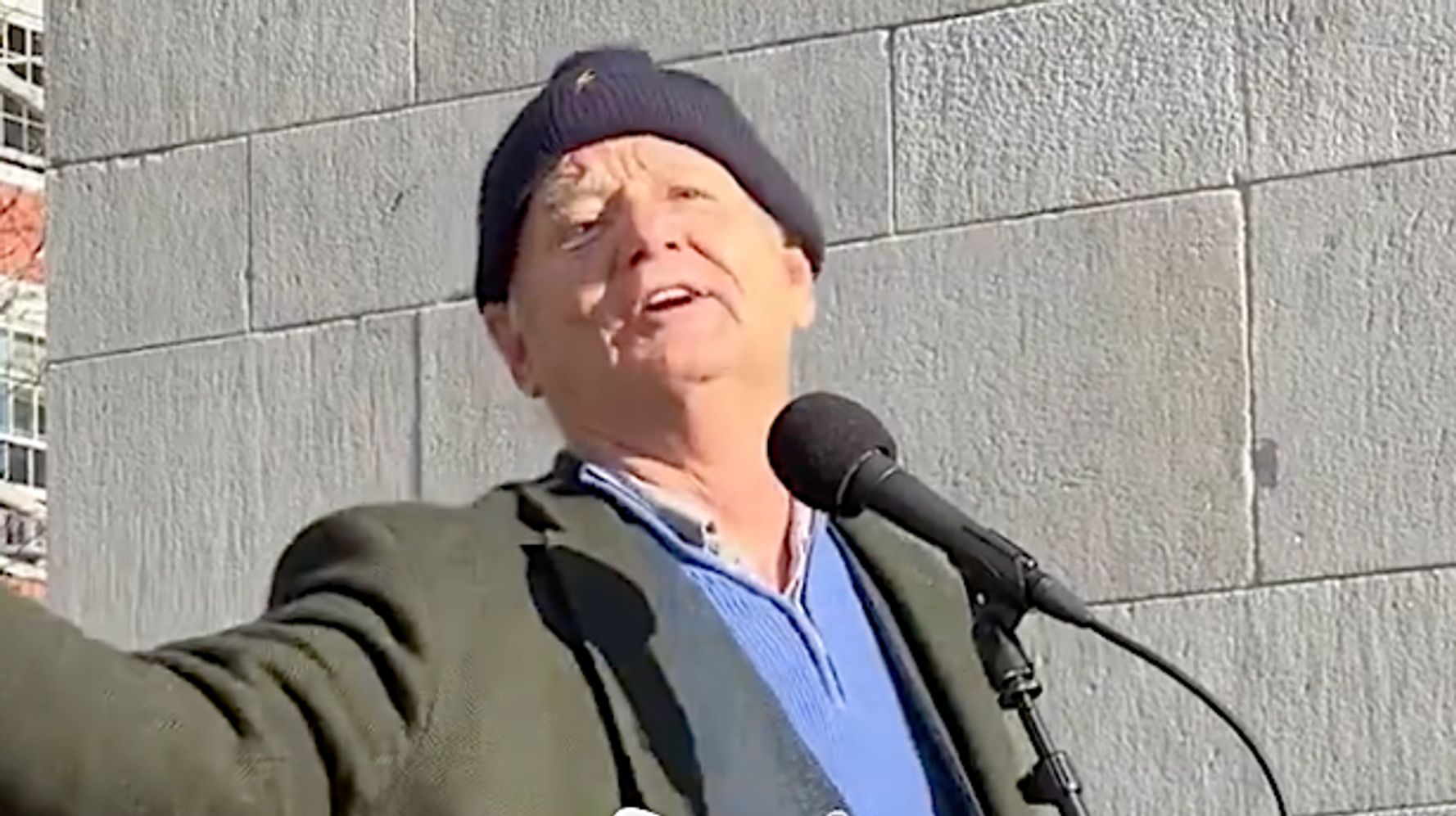 Comedian Bill Murray sang “I Feel Pretty” during a surprise performance in New York City’s Washington Square Park on Wednesday ― and it was beautiful. (Watch the video below.)

Nicolas Heller (@newyorknico) filmed the 71-year-old at his clowning, crooning best on the “West Side Story” classic.

The “Ghostbusters: Afterline” star was accompanied by cellist Jan Vogler, violinist Mira Wang and pianist Vanessa Perez in advance of the Feb. 2 opening of “New Worlds,” a film about Murray’s performance at the Acropolis, the New York Post noted.

Murray also sang another “West Side Story” tune, “America,” recited the poem “Dog” by Lawrence Ferlinghetti and greeted an actual dog in the famous Greenwich Village park, as seen in more footage shot by Heller here:

The troupe abruptly left after Murray announced: “The cops say we have to turn off the microphones. Let’s rip this place apart!” according to the Post.

Not just another day in the park.