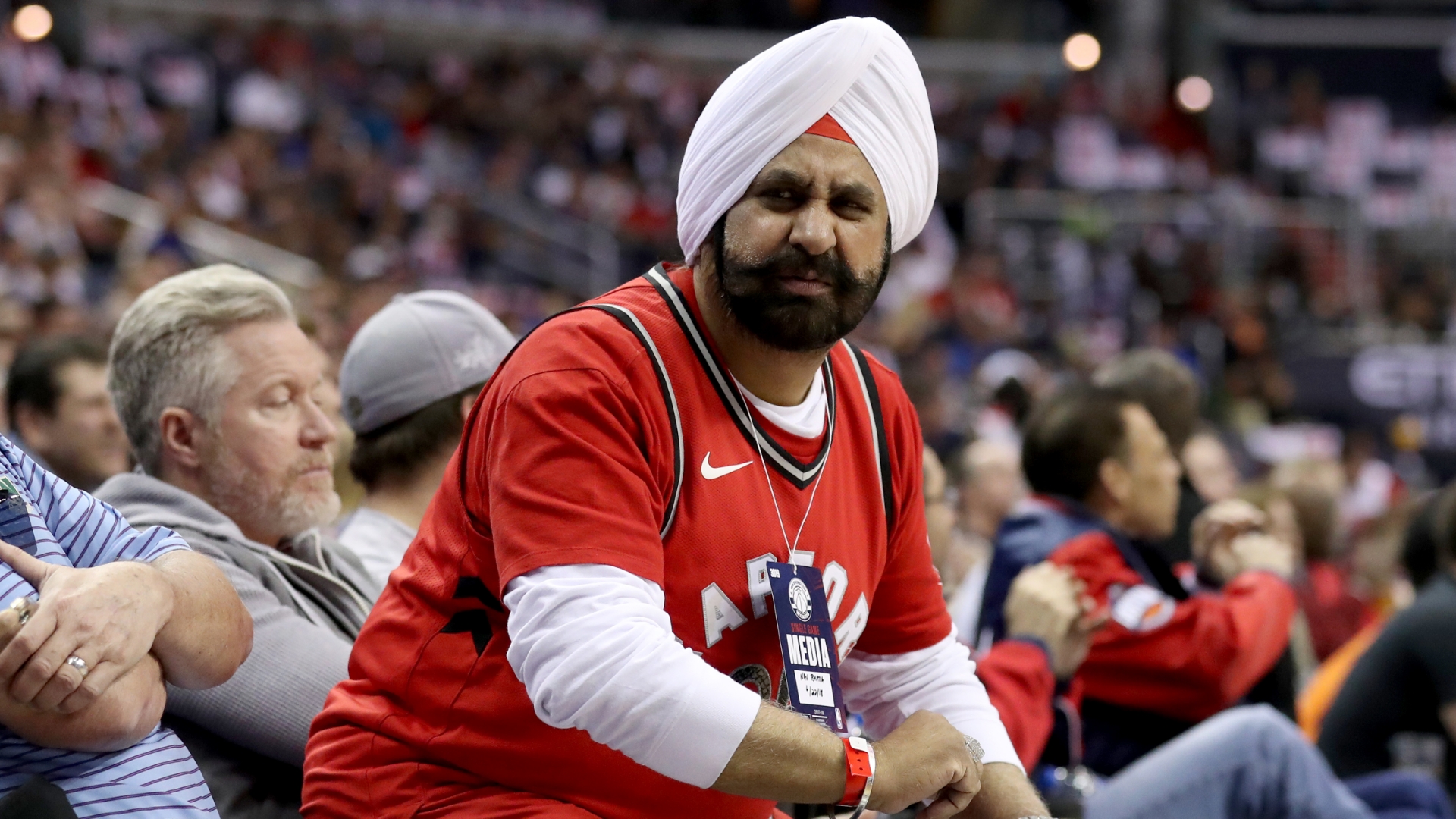 In 2021, Nav Bhatia was inducted into the Basketball Hall of Fame because of his passionate support of the Toronto Raptors. He is such a mainstay at home games that the team officially named him a “superfan” and gave him uniform number 95 in honor of the year that the NBA first came to Canada.

If you’ve ever watched a Raptors game on television, there’s a pretty good chance that you’ve seen Bhatia sitting courtside with Drake and other Canadian luminaries. But even if you can’t afford thousands of dollars to sit in the folding chairs just feet from the action, there are still plenty of ways to elevate your game as a fan.

A big part of being a superfan is getting noticed. That can be challenging in a room with nearly 20,000 other people cheering. So what are some of the ways to cut through the clutter?

Wear a costume that pops. Sure, you can buy a cheap plastic mask and cape at the local dollar store, but that’s not going to get you on the jumbo TV that hangs over the arena. You need to invest in a high-quality outfit that stands out from the pack. Just make sure that you don’t overheat during a three-hour football game!

Make a sign. TV networks love to show footage of fans holding interesting signs – especially if those signs include the name of the network carrying the game. Acronyms and abbreviations are always a crowd pleaser, so try to find interesting phrases whose first letters spell out the name of the broadcaster. But if you’re older than seven years old, it has to look professional. Forget the magic markets and leave it to the professionals.

Be a world-class tailgaiter. In many cities, the real action is out in the parking lot even before the game starts. If you’ve ever been to Lambeau Field to see the Green Bay Packers play, you know how seriously fans take their pregame food and drink. Don’t just settle for sandwiches and a cooler of beer: Superfans know that you need to bring your “A game” to get props.

Know your stuff. You can’t call yourself a superfan if you don’t have a vast knowledge of the history of your team, both old and recent. Any casual supporter can name the star players, but it takes a deep pool of information to be taken seriously by other fans. So definitely follow Alexander Ovechkin and the Washington Capitals, but you won’t get cred unless you know about Old Hoss Radbourn and his storied career with the Providence Grays.

Get involved in the community. It’s not enough to just be a vocal supporter of a team: superfans also need to do good for their cities. Toronto’s Nav Bhatia Has given away thousands of Raptors tickets to underprivileged teams. The legendary “Hogettes” – a well-known group of football fans in Washington, DC, were known for their support of pediatric cancer charities. That’s because these supporters know that giving back is just as important as being noticed courtside.

Not every fan is cut out to be a superfan. There are plenty of people who show up at games to cheer their teams on, but true superfans are few and far between. In order to hit that level, people need to do what it takes to differentiate themselves and become as iconic as the players who wear the uniform.