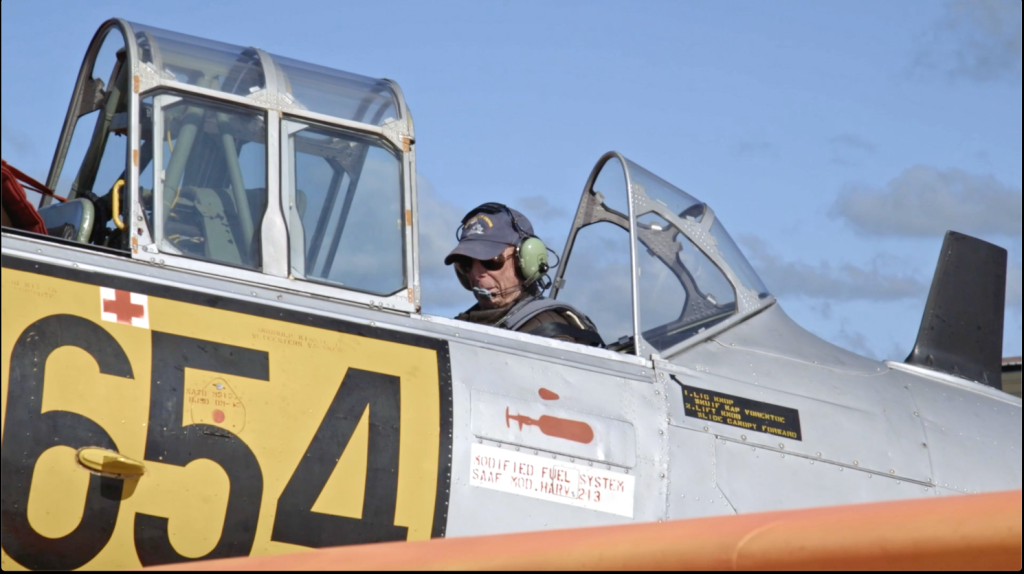 Directed by Louisa Merino (Managing to Win: The Story of Strat-O-Matic Baseball) and produced by Melissa Hibbard (The Glass House) and Oscar winner Ed Cunningham (Undefeated), the film tells the remarkable story of a World War II fighter pilot from New Jersey who flew the last combat mission over Japan.

On August 14, 1945, fighter pilot Jerry Yellin flew the last combat mission of World War II to attack airfields near Nagoya, Japan, carrying with him instructions to continue the assault unless he heard the word “Utah,” a code signaling the Japanese surrender, which never came. It was Yellin’s 19th mission over Japan.

Yellin returned home to a dark life of survivor’s guilt and daily thoughts of suicide. Married with four sons, he was forced to face his ‘enemy’ once again when his youngest son moved to Japan and married the daughter of a Kamikaze pilot. Through deep agonizing and soul-searching reflection, the two fathers eventually open their hearts and their arms to each other.

By the time of his passing in 2017, Yellin had become an outspoken advocate for veteran mental health and co-founded Operation Warrior Wellness, a division of the David Lynch Foundation that teaches veterans TM to better cope with the effects of PTSD.

Producer Ed Cunningham said: “Jerry’s journey from the depths of post-war depression to his late life transformation, which included him tirelessly advocating for peace and Veteran’s care, will inspire and resonate with everyone who sees this film. Add in the unbelievable twist of his son marrying a Kamikaze pilot’s daughter and the friendship the two fathers developed late in their lives, and this is a story we felt had to be shared.”

The movie is being released on home ent platforms this year.