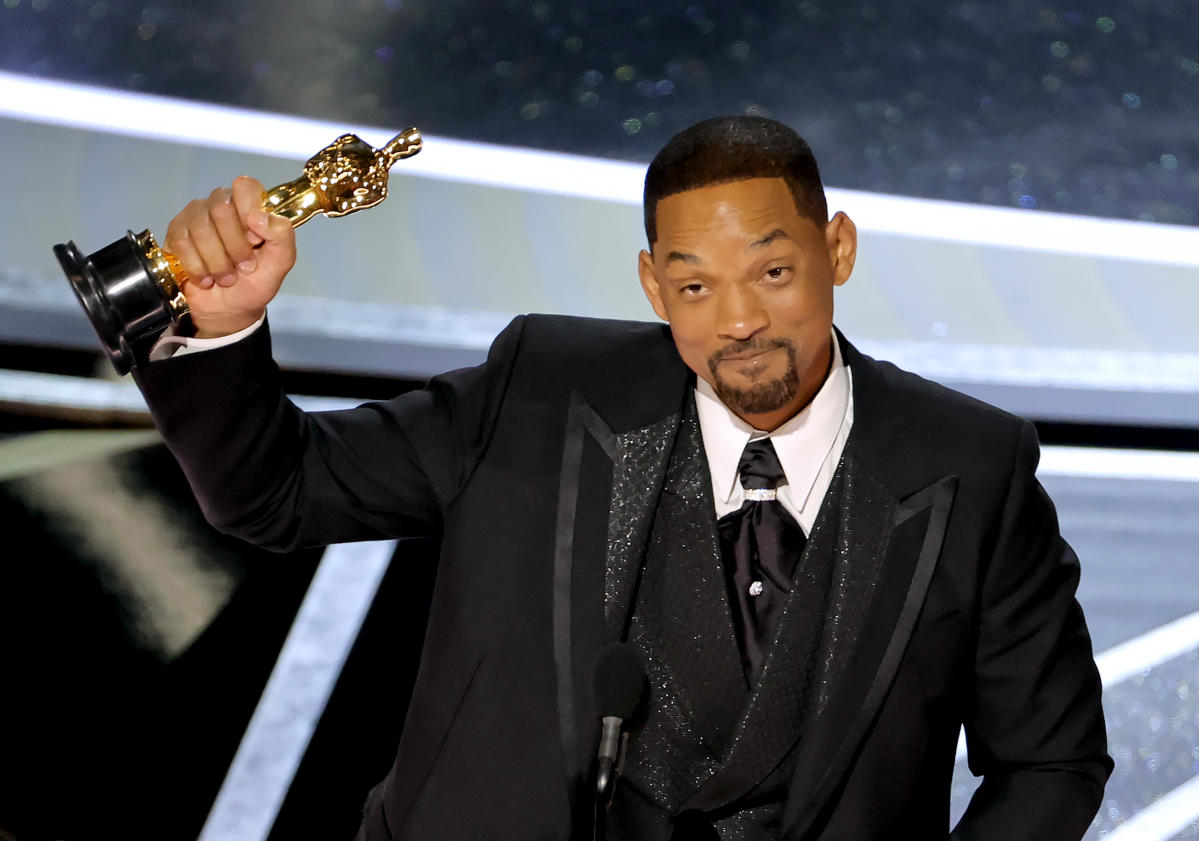 Will Smith says “a rage that had been bottled for a really long time” came out on Oscars night.

The actor — who infamously slapped presenter Chris Rock mid-show — continues his Emancipation press tour, which has become a redemption tour. On Monday, he had his first late-night interview since the incident with Trevor Noah on The Daily Show.

“I’ve been away,” Smith quipped at the start of the interview. “What you all been doin’?”

Smith said he has “no independent recollection” of the night, which saw him storm the stage to hit Rock and then curse him out from his seat. The actor, triggered by a joke made about his wife Jada Pinkett Smith’s hair, went on to win a Best Actor Oscar that night for King Richard.

“That was a horrific night, as you can imagine,” Smith went on to say. “There’s many nuances and complexities to it, but at the end of the day, I just — I lost it, you know? And I guess what I would say, you just never know what somebody’s going through. In the audience right now, you are sitting next to strangers, and somebody’s mother died last week. Somebody’s child is sick. Somebody just lost their job. Somebody just found out their spouse cheated.”

He continued, “There’s all these things, and they’re strangers, and you just don’t know what is going on with people. And I was going through something that night. Not that that justifies my behavior at all. You are asking, what did I learn, and it is that we just got to be nice to each other, man. You know? It’s hard.”

Smith said “the thing that was most painful” for him is that “I took my hard and made it hard for other people. I understood the idea when they say hurt people hurt people.”

Noah, who said he knows both Smith and Rock, talked about how Smith wrote in his 2021 book about always being afraid of conflict — from the time when he was a boy and he witness his father abuse his mother. Noah suggested that it was Smith standing up for the wrong thing at the wrong time.

“It was a lot of things,” Smith replied. “It was the little boy that watched his father beat up his mother. All of that just bubbled up in that moment. I just — that’s not who I want to be.”

Noah said, in his opinion, Smith made a mistake — as Smith blotted his eyes with a tissue and said, “Now I’m crying for real” — but also made clear what Smith did was “f***ed up.”

“I understand how shocking that was for people,” Smith said. As for himself, “I was gone. That was a rage that had been bottled for a really long time.”

Smith went on to tell a story about his 9-year-old nephew being at his house on Oscars night and watching the telecast.

“He is the sweetest little boy,” he said. “We came home and … he had stayed up late to see his Uncle Will. We are sitting in my kitchen and he is on my lap and he is holding the Oscar and he is just like, ‘Why did you hit that man, Uncle Will?'” Smith began to tear up again. “It was a mess,” he said, wiping his eyes. “I don’t want to go too far into it to give people more to misunderstand.”

He then turned the conversation to Emancipation, calling it director Antoine Fuqua’s “masterpiece,” and saying it’s hard to see his person drama overshadow the project.

“I hope their work will be honored and not be tainted based on a horrific decision on my part,” Smith said.

Noah told Smith he hopes that he doesn’t stay hidden forever as a result of the incident. He urged him not to bottle up his feelings, and to embrace that he’s not perfect. “You’re Will Smith, man,” Noah told him. “We love you.”

“That was one of the big things for me over this last couple of months,” Smith said in conclusion, “that I had to forgive myself for being human. And it’s like trust me — there is nobody that hates the fact that I’m human more than me. Finding that space for myself for myself within myself to be human. I’ve always wanted to be Superman… I had to humble down and realize I’m a flawed human…”

Smith resigned from the Academy after the March 27 incident and was subsequently banned from attending the Oscars for 10 years. However, he’s still eligible to be nominated for Best Actor for Emancipation. That film — about an enslaved man who risks his life for his family and freedom — comes out Dec. 9.