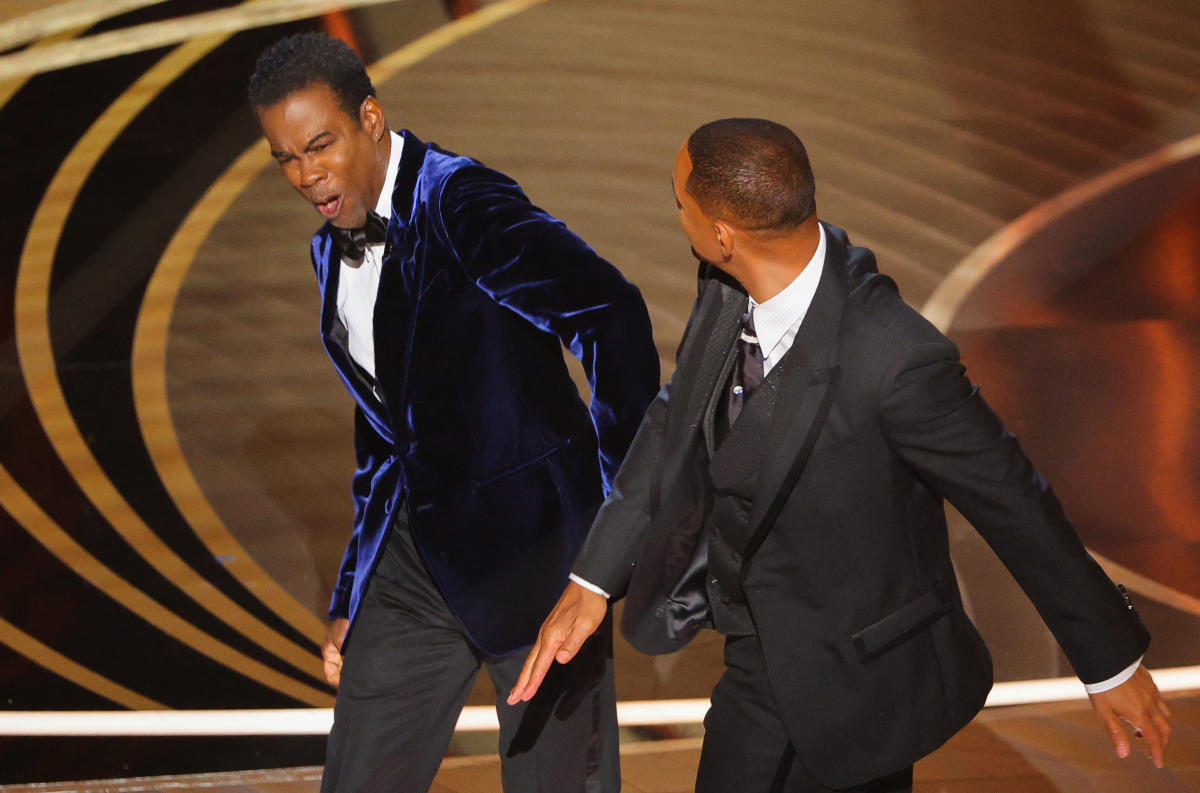 What just happened? The moment everyone is talking about from Sunday’s Oscars wasn’t Will Smith winning the coveted award for Best Actor — it was when he appeared to punch Chris Rock in the face.

It all went down when Rock came out to present an award for Best Documentary. On stage, the comedian made a joke about Will’s wife, Jada Pinkett Smith, who was sitting next to the actor in the audience.

Will seemed to be laughing at first, while Jada didn’t look thrilled about the joke. (The Red Table Talk host has been open about her hair loss condition, alopecia.) All of a sudden, Will stormed the stage and hit Rock in the face before returning to his seat.

While much of the moment was cut from U.S. television, an uncensored version aired internationally that made the confrontation seem like the bit was not rehearsed.

“Will Smith just smacked the s*** out of me,” said Rock after the incident, seemingly stunned.

Rock went on with presenting award, but stumbled a bit during the intro and seemed legitimately shocked. The next presenter, Sean “Diddy” Combs, offered to mediate between the two men after the show.

Reporters from inside the Dolby Theater say the incident seemed legit. Smith reportedly had to be calmed down after the incident by his famous friends.

Yahoo Entertainment reached out to reps for Rock and Smith, but did not immediately receive responses.