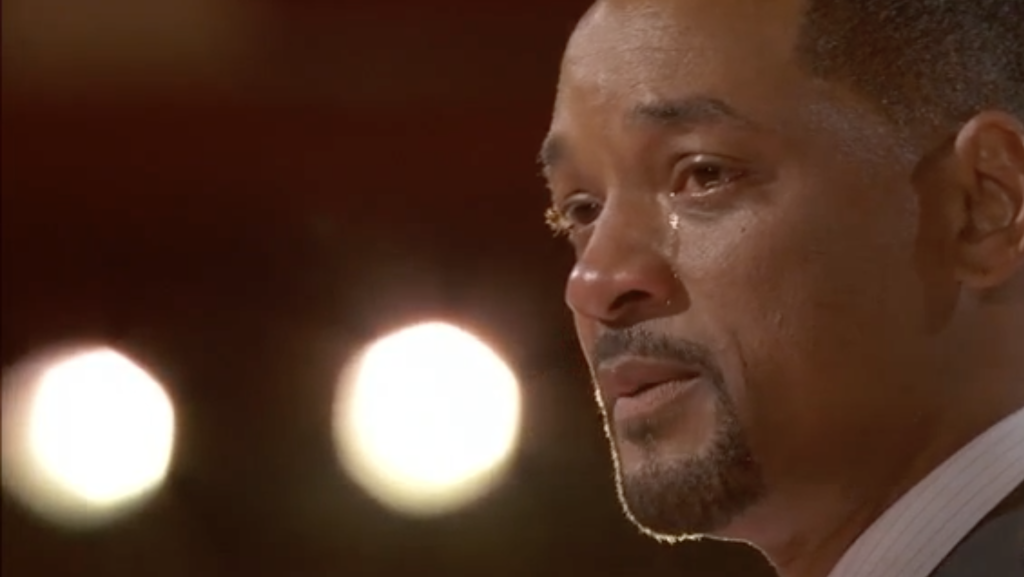 As viewers were still processing an incident in which Will Smith walked onstage at the Oscars and slapped Chris Rock for making a joke about wife Jada Pinkett Smith, the King Richard star was announced as the night’s Best Actor winner.

An emotional Smith took the stage, tears in his eyes, and apologized to the Academy and many others, but not to Rock. Smith drew parallels between the moment he was having and the life of the man he played onscreen — Richard Williams, father to Serena and Venus.

“I’m not crying for winning an award, it’s not about winning an award for me,” said Smith. “It’s about being able to shine light on all of the people Art imitates life, I look like the crazy father just like they said about Mr. Williams. Love makes you do crazy things.”

He then thanked the Williams sisters, his mother and wife Jada.