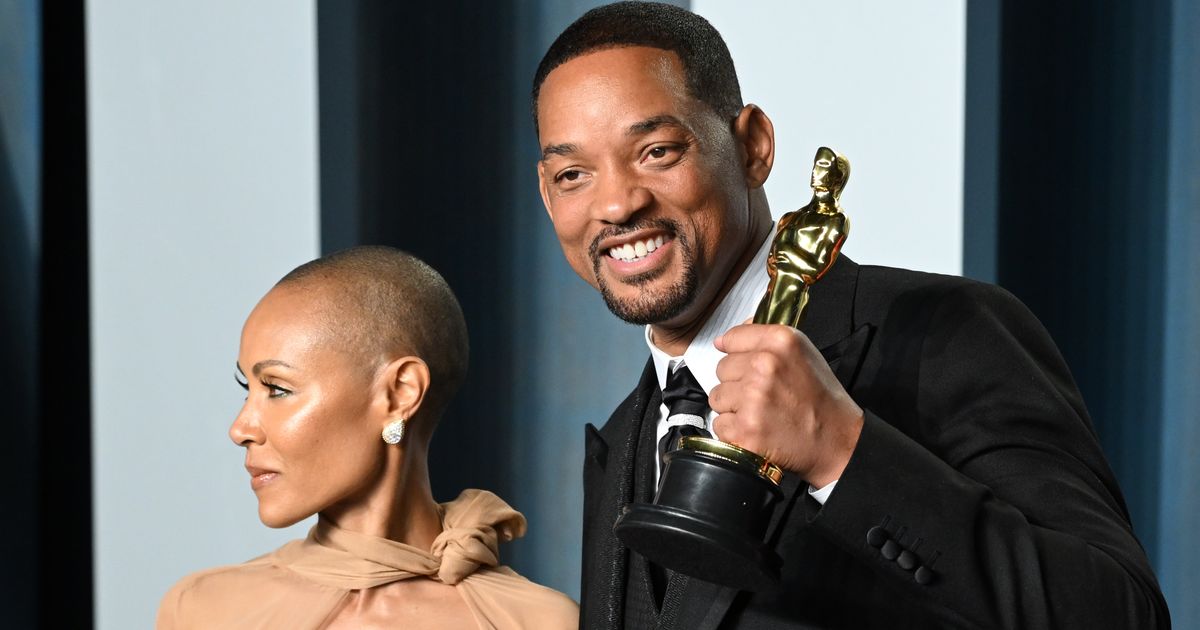 Months after slapping Chris Rock on the Oscars stage, Will Smith is slowly stepping back into public life ― this time with wife Jada Pinkett Smith by his side.

The couple put on a united front in their first public outing together since the infamous awards ceremony in March, enjoying a lunch date over the weekend.

The stars were photographed outside Nobu Malibu in Los Angeles on Saturday afternoon, as they walked back to their car.

In a video obtained by TMZ, the “Fresh Prince of Bel-Air” alum can be seen leaving the popular celebrity eatery first, with Pinkett Smith trailing behind and appearing to hold on to his belt loop.

The “Red Table Talk” host mostly kept her head down, but Smith chose to acknowledge the photographers, throwing a wave and even a peace sign their way.

The outing came weeks after Smith broke his monthslong silence to formally apologize once again to Rock for walking onto the Oscars stage and slapping him. The incident took place after the comedian made a joke about the shaved head of Pinkett Smith, who suffers from alopecia.

“I spent the last three months replaying and understanding the nuances and the complexities of what happened in that moment,” Smith said at the start of the nearly six-minute video released last month.

“I’ve reached out to Chris and the message that came back is that he’s not ready to talk, and when he is he will reach out,” he continued. “So I will say to you, Chris, I apologize to you. My behavior was unacceptable, and I’m here whenever you’re ready to talk.”

Shutting down speculation that Pinkett Smith had a role to play in the debacle, the actor clarified that his wife didn’t tell him “to do something.”

“No. It’s like … I made a choice on my own from my own experiences, from my history with Chris,” he asserted. “Jada had nothing to do with it.”

Rock has stayed relatively tight-lipped about the altercation, but Pinkett Smith has publicly addressed the incident, calling for the two men to reconcile.

“My deepest hope is that these two intelligent, capable men have an opportunity to heal, talk this out and reconcile,” she said during an episode of her “Red Table Talk” show. “The state of the world today? We need them both, and we all actually need one another more than ever.”

After the slap, Smith went on to win the Best Actor statuette for his performance in “King Richard,” though the Academy of Motion Picture Arts and Sciences has since banned him from attending its official events, including the awards ceremony, for the next decade.

But he could still be nominated for an award at the ceremony, and his upcoming film “Emancipation” is already generating some buzz.

Based on a true story, the film follows a runaway slave, played by Smith, who flees a Louisiana plantation and journeys north where he ultimately joins the Union Army. The Apple TV+ film, which is helmed by “Training Day” director Antoine Fuqua, doesn’t currently have a release date, but is expected to arrive sometime in 2023.