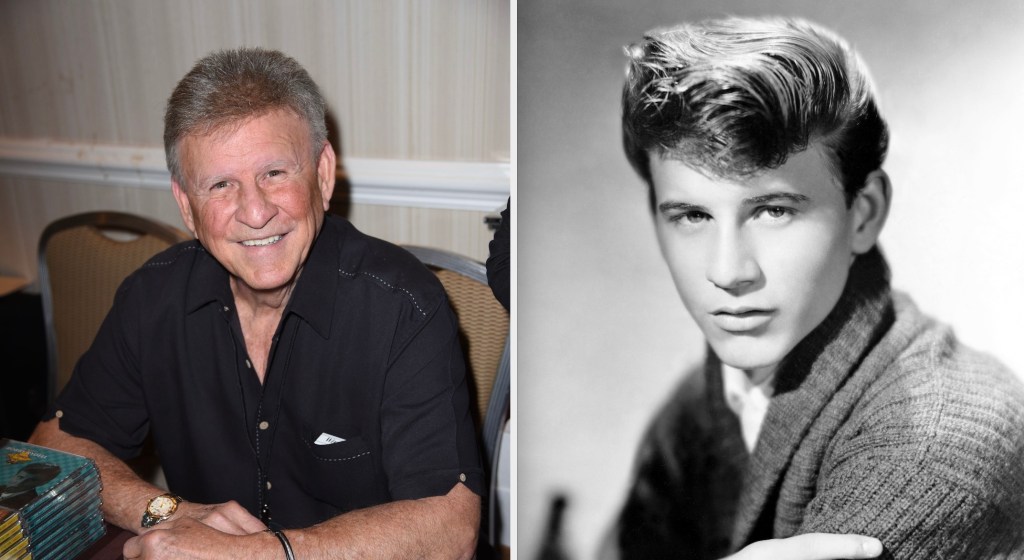 Bobby Rydell, the Philly-born teen idol of the early 1960s whose hits included “Volare” and “Wild One” and who took part in a scene-stealing dance number with Ann-Margret in the 1963 film Bye Bye Birdie, died today. He was 79.

His death was reported by Philadelphia’s CBS affiliate. Additional details were not immediately available.

So engrained in the early ’60s pop milieu that the musical Grease named its Rydell High School after him, Bobby Rydell recorded a few local hit songs before scoring with his first Top 20 in 1959 with “Kissin’ Time.” That song earned him a spot on an Australian concert tour with The Everly Brothers, The Crickets and others.

His next hit was even bigger: “We Got Love” went gold, and was followed up by “Wild One”, a 1960 million-seller that remains a staple of Golden Oldies radio. Later that year came “Volare,” which went to #4 on U.S. charts.

His success continued with his casting in the film version of the Broadway hit Bye Bye Birdie, with his character Hugo expanded from the Broadway staging to cash in on Rydell’s popularity. In addition to his song duets with Ann-Margret, the two lead one of the film’s most memorable dance scenes, the musical number “A Lot of Livin’ To Do.”

In a 2020 interview, Rydell recalled the scene. “I was never a dancer. And by that, I mean, I never laid down taps. I wasn’t a soft shoe type of guy, but I was always a fairly good mover, and everything in Bye Bye Birdie is all moves. The shoulders, the legs…It took two weeks to rehearse that, and another two weeks to shoot it. It was a very, very intense number, with all these different camera angles, and close-ups.”

Rydell continued performing in nightclubs and casinos throughout the 1980s, and subsequently took part in Oldies Revue shows alongside Frankie Avalon, Fabian and others. Despite serious health issues in later years, he performed occasionally in Las Vegas, Australia and elsewhere, and his official website lists upcoming summer concert appearances in, among other places, Atlantic City.

In additional to the Grease namecheck, Rydell’s legacy lives on in his hometown area, where at least two streets bear his name, and in the 2018 Oscar-winning film Green Book, in which he was portrayed by actor Von Lewis.

His influence can also be heard in one of the most enduring and popular songs of the 1960s: The Beatles’ “She Loves You.” Paul McCartney has said that he and John Lennon were inspired to write the instantly famous “yeah yeah yeah” lyrics after hearing a similar call-and-response approach in a popular Rydell song, most likely the 1960 hit “Swingin’ School,” in which Rydell sings, “Yeah yeah yeah I go a swingin’ school.”