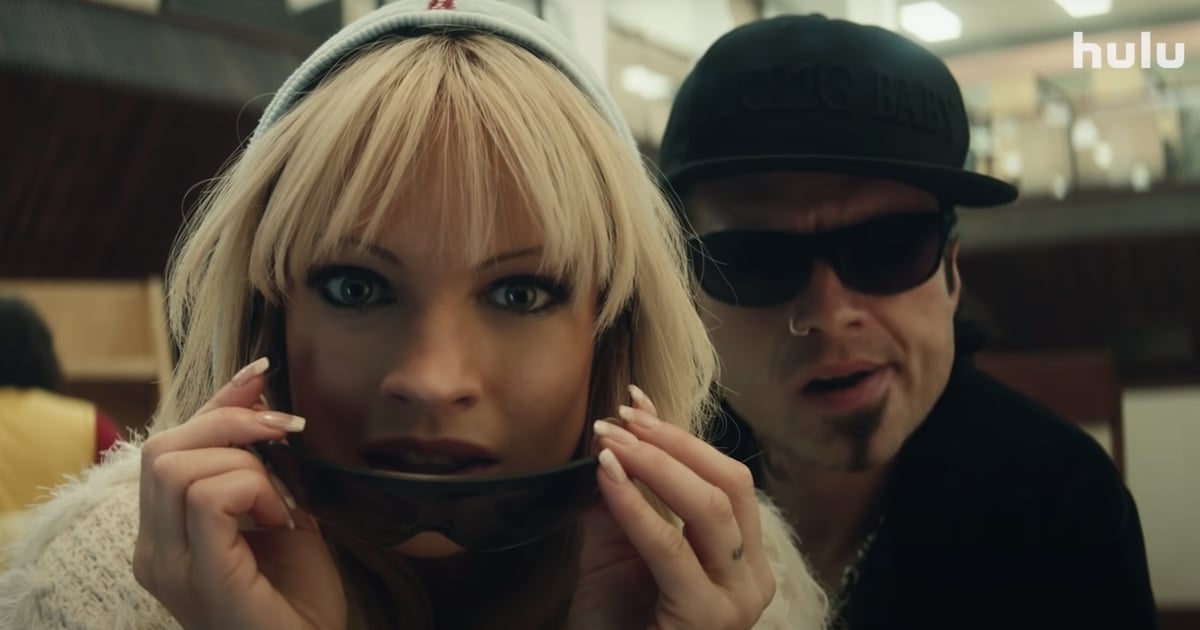 As you can see from the newly released trailer for Hulu’s Pam and Tommy, Lily James’s transformation into Pamela Anderson was stunning — but it wasn’t an easy one. In a recent interview with Variety, the show’s hair department head Barry Lee Moe revealed that James typically spent “anywhere from three to five hours in hair and makeup” to get all glammed up for the role.

James is starring in the limited series opposite Sebastian Stan, who’ll play the icon’s ex-husband Tommy Lee. While speaking with Variety, Moe also opened up about the project’s extensive wig budget, briefly explaining why the entire cast wore wigs. “We ended up using 25 wigs in the end,” he said. “Everyone from Seth Rogen to Nick Offerman, Taylor Schilling all wore wigs because we transform them into new characters.”

Stan happened to be the only cast member who wasn’t required to wear a wig. Instead, the actor grew his hair out and colored it to resemble Lee’s. “[Stan] is the only one who doesn’t wear a wig,” Moe said. “We had a keratin treatment done, and we colored it every few weeks.”

The cast and crew of Pam and Tommy officially wrapped filming for the project this month, and on-set photos of its lead actors that have been released in recent months show that Stan and James look practically identical to the famous ex-couple. Back in June, for example, Hulu dropped an official photo of them in character, and in the following months, James was spotted filming in Anderson’s iconic red swimsuit from Baywatch, and she could literally pass as the actress’s doppelgänger.

Pam and Tommy will officially be available to stream in 2022, and the aforementioned details have only gotten us more excited to slam the play button once the episodes drop.