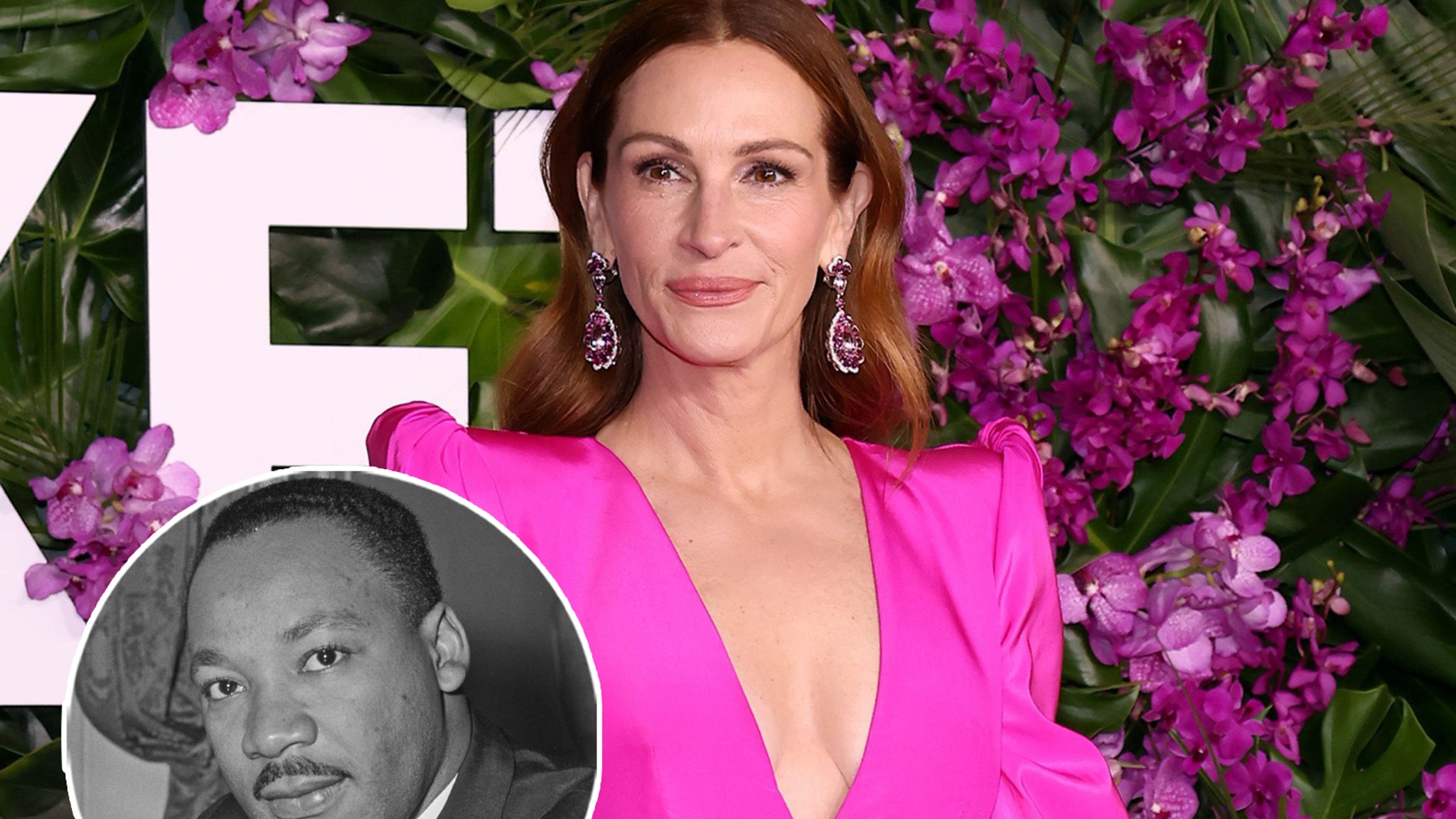 Yes, you read that right

Julia Roberts‘ hospital bills from her birth were paid for by none other than civil rights legends Martin Luther King Jr. and Coretta Scott King.

The details of the story were brought out in the open in September by Gayle King during a HISTORYTalks in Washington DC, who sat down with the actress for an in-depth chat.

However, it took until Roberts’ 55th birthday on October 28th for the startling piece of trivia to make the rounds on social media via a tweet from Zara Rahim.

Today is Julia Roberts birthday! 55 years ago MLK and Coretta Scott King paid for her parents hospital bill after she was born. Can’t stop thinking about this since I read it. Here she is talking about it with @GayleKing https://t.co/5HvpNSUIYb pic.twitter.com/147x6d807W

During the chat, King said, “Let’s start with the day you were born. Who paid for the hospital bill?”

“The King family paid for my hospital bill,” the star explained. “Martin Luther King and Coretta.”

Roberts’ parents, Betty Lou and Walter, ran a theater school in Atlanta, the Actors and Writers Workshop, that back in the 1960s was one of the few — if not the only — school that would accept the children of Coretta and MLK. The families, needless to say, became friends.

55 years ago, when Walter and Betty Lou could not afford the hospital bills for the birth of their daughter Julia in Smyrna, Georgia the Kings came to the rescue.

“They all became friends and they helped us out of a jam,” Julia explained.

The children of the Kings and Julia became close as well — including the eldest of MLK’s children Yolanda King, who died in 2007.

In 2001, Yolanda said of the Roberts theater school, “It was an extended family, it really was. And all of these Black kids and White kids getting along, no problems.”

Grateful that #JuliaRoberts shared this story with @GayleKing and that so many people have been awed by it.

I know the story well, but it is moving for me to be reminded of my parents’ generosity and influence.#CorettaScottKing #MLK pic.twitter.com/Hn9yOVxYIL

However, according to Georgia-based author Phillip DePoy, there were in fact problems — but from the outside. In a 2013 essay, he describes being a 15-year-old boy in a theatrical production put on by the Roberts’ group back in 1965.

According to DePoy, he kissed MLK’s daughter Yolanda in the play which caused uproar. “I was primarily Caucasian and Yolanda wasn’t,” he writes. “That’s what the trouble was about.”

DePoy says “a tangential member of the Ku Klux Klan” saw the kiss during the production and “he came back the next day with a box,” and blew up a Buick outside the theater. However, he says cops did arrest him but “with very little energy.”

.@GayleKing traded her day of rest to interview Julia Roberts quicker than you could say, “I’m just a girl, standing in front of a boy, asking him to love her.”

Tap the link to watch bits of their conversation—you’ll learn some delightful things.https://t.co/Xz1KHDcx10

Meanwhile, during Roberts’ interview with Gayle King, the reporter noted: “In the ’60s, you didn’t have little Black children interacting with little white kids in acting school. And Julia’s parents were welcoming, and I think that’s extraordinary, and it lays the groundwork for who Julia is.”

One aspect of Julia’s upbringing came to light back in 1990 when she called a South Carolina town “horribly racist” after a Black friend was apparently refused service at a local eatery. She was lambasted by residents of the South.

Roberts said in a statement at the time: “I was born in the South, so in no way am I trying to create a stereotype.” She then added, “I was shocked that this type of treatment still exists in America in the ’90s — in the South or anywhere else.”

“I can see her doing that,” Yolanda King told CNN in 2001 of the story. “I can see it pouring forth from her, and rightfully so.”