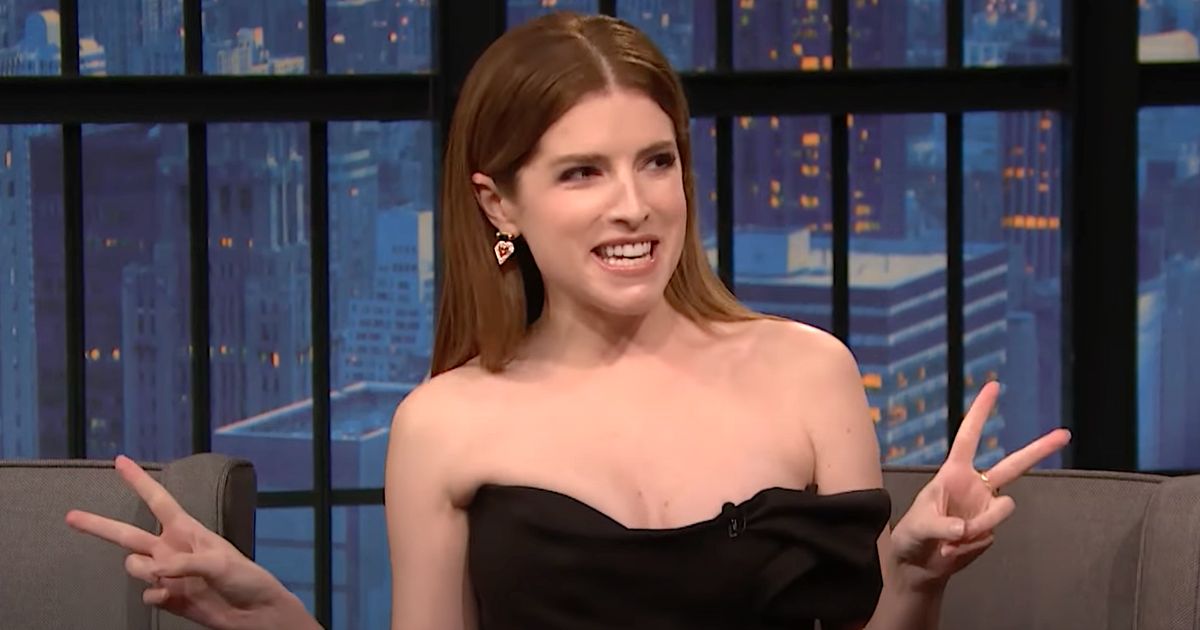 Anna Kendrick saw no rhyme or reason for a guy to present her with a poem on a first date when she was 21. (Watch the video below.)

When “Late Night” host Seth Meyers asked the “Alice, Darling” star Thursday if she’d ever had a “red flag” date, she promptly recalled the overeager poet.

They met at a party and eventually went out, she said. But at the end of the evening he shyly handed her a piece of paper and on it was a poem … about her.

“Which is a big move for a first date, a really intense move,” she said.

Kendrick tried to interpret the gesture as sweet, but the presentation was a total deal-breaker. He had burned the edges of the paper to “make it look old-timey,” she said. “This should have been a red flag.”

Kendrick added that she spent several months trying to let him down easy. “Sometimes people need to get ghosted,” she said.

Kendrick and Meyers got on the subject after discussing her directorial debut on “The Dating Game,” in which she will also star as a woman who chooses a serial killer on “The Dating Game” matchmaking show in the ’70s. It’s based on a true story.

The “Pitch Perfect” actor has been candid about her romantic life recently. This week she opened up about a long-term relationship that turned toxic. “I have so much shame about not leaving,” she said.