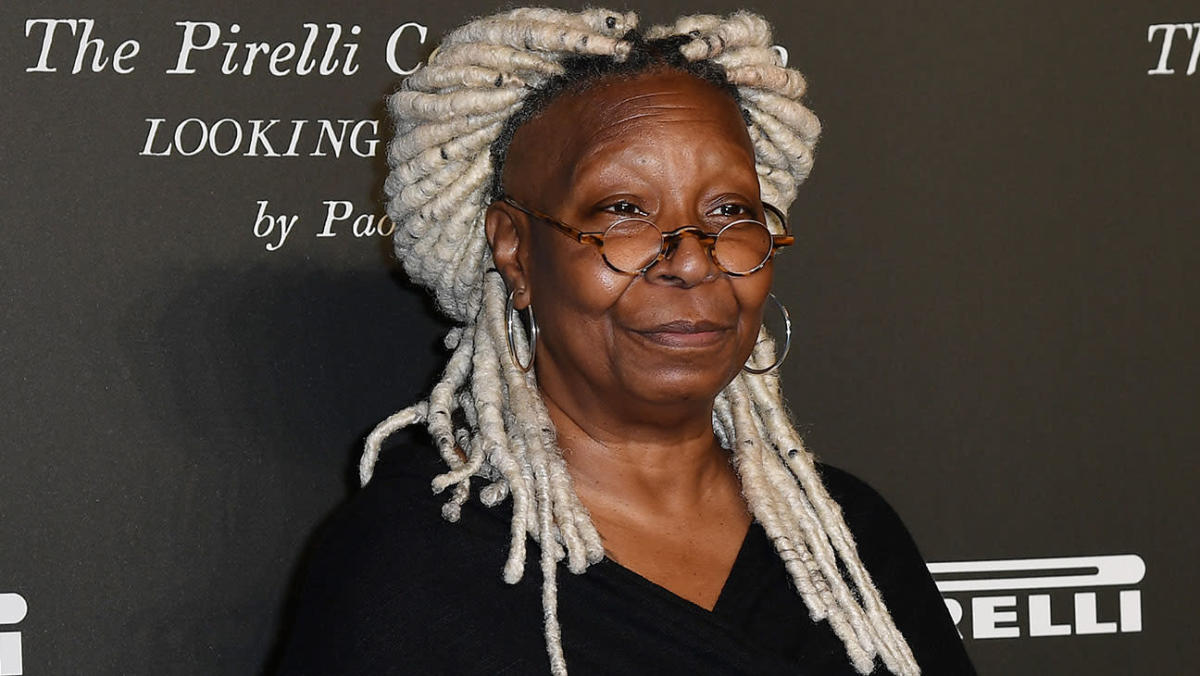 Whoopi Goldberg continued to receive criticism and provoke debate Tuesday after an appearance on The Late Show With Stephen Colbert where she elaborated — and some say doubled down — on her take on the Holocaust and Jewish identity.

The uproar began Monday when The View host and moderator discussed a Tennessee school district voting to pull Art Spiegelman’s Pulitzer Prize winning graphic novel Maus, which is about the Holocaust, due to “inappropriate language” and nudity.

Co-host Ana Navarro pointed out, “But it’s about white supremacists going after after Jews–”

“But these are two white groups of people!” Goldberg said. “The minute you turn it into race it goes down this alley. Let’s talk about it for what it is. It’s how people treat each other. It doesn’t matter if you’re Black or white, Jews, it’s each other.”

Goldberg’s comments drew immediate backlash from some viewers, as well as from some Jewish leaders.

Anti-Defamation League CEO Jonathan Greenblatt tweeted: “No @WhoopiGoldberg, the #Holocaust was about the Nazi’s systematic annihilation of the Jewish people – who they deemed to be an inferior race. They dehumanized them and used this racist propaganda to justify slaughtering 6 million Jews. Holocaust distortion is dangerous. #ENOUGH.”

The US Holocaust Museum, in what seemed to be a Goldberg subtweet, wrote, “Racism was central to Nazi ideology. Jews were not defined by religion, but by race. Nazi racist beliefs fueled genocide and mass murder.”

And Israeli writer Hen Mazzig tweeted, “Being Jewish means watching white nationalists call for your death because you’re ‘not white’ while ladies on national TV say the Holocaust was ‘white people killing white people…y’all go fight amongst yourselves.’”

Late Monday, Goldberg tweeted a formal apology for her comments, saying, “I’m sorry for the hurt that I have caused.” She also reiterated, “The Jewish people around the world have always had my support and that will never waiver.”

Yet during her appearance on The Late Show, which was taped before she issued her apology, but aired after, Goldberg reiterated her apology and made it clear any offense was unintentional, yet also backed up her original statements by continuing to suggest race is only about skin color.

“It upset a lot of people, which was never ever, ever my intention,” she said. “I feel, being Black, when we talk about race, it’s a very different thing to me. So I said I thought the Holocaust wasn’t about race. And people got very angry and still are angry. I’m getting a lot of mail from folks and a lot of real anger. But I thought it was a salient discussion because as a Black person I think of race as being something that I can see. So I see you and know what race you are. I thought it was more about man’s inhumanity to man… people said, ‘No, no, we are a race.’ I felt differently. I respect everything everyone is saying to me.”

“I don’t want to fake apologize,” she said. “I am very upset that people misunderstood what I was saying. And because of it they are saying I am anti-Semitic and denying the Holocaust and all these other things that would never occur to me to do. I thought we were having a discussion about race, which everyone is having.”

Colbert noted that in the American experience, at least, racial issues have tended to be centered around on skin color.

“Right, that’s what it means to me,” she said. “When you talk about being a racist, you can’t call this racism. This was evil. This wasn’t based on skin. You couldn’t tell who was Jewish. You had to delve deeply and figure it out.”

Colbert pointed out that when Nazis found out somebody was of the Jewish race, they made them wear stars so they could identify them.

“My point is: they had to do the work,” she said. “When the Klan is coming down the street and I’m standing with a Jewish friend – I’m going to run. But if my friend decides not to run, they’ll get passed by most times, because you can’t tell most times … that’s what I was trying to explain. I understand not everybody sees it that way and I did a lot of harm to myself and people decided I was all these other things that I’m not. I get it, folks are angry, I accept that, and I did it to myself, and I’ll work hard to not think that way again.”

Colbert asked her if she realizes that Nazis considered their attempt to exterminate the Jewish people very much a racial issue.

“This is what’s interesting to me: The Nazis lied,” she said. “They had issues with ethnicity. Most of the Nazis were white people and most of the people they were attacking were white people. So to me I’m thinking, ‘How can you say it’s about race when you’re fighting each other?’ … Don’t write me anymore, I know how you feel. I’ll take your word for it and never bring it up again.”