Is The White Lotus your TV staycation of choice? Because it’s mine. Sure, most of the characters are horrible people and on the verge of murdering each other and/or getting murdered, but looking at the gorgeous scenery and luxurious hotel is not a crime and 100 percent safe. We can indulge at a distance, add the dream getaway to the Pinterest board, or maybe even plan a budget-friendly trip of our own. The White Lotus season 2 was filmed on location in Sicily, an Italian island region in the Mediterranean sea halfway across the world from the Hawaii-set first season. But where exactly? Let me tell you.

Exteriors were filmed in Taormina, Palermo, Noto and the neighboring Ionian Sea. This area of Italy has an active volcano, Mount Etna—which we saw in the finale—and many local wineries. There’s a gorgeous castle you can tour called the Palazzo Conte Federico. There’s also, I’m sure you can imagine, so much good food to eat… even though the White Lotus guests ate at the hotel with a few notable exceptions.

When the Di Grasso boys took Portia to lunch at a place where The Godfather was filmed that was Castello degli Schiavi just outside of Taormina. (The gift shop and graphic demonstration are unfortunately not there IRL.) 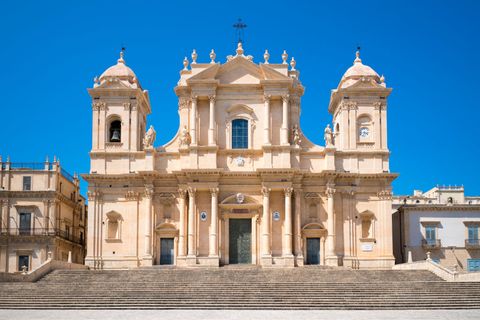 The palazzo where the two of them stay is privately owned and called the Villa Tasca.

The palazzo owned by Tom Hollander’s character Quentin, on the other hand, is a 17th century monastery called the Villa Elena.

Okay, but which hotel served as The White Lotus resort?

That would be San Domenico Palace, a Four Seasons hotel in Taormina, Sicily.

The first season also filmed at a Four Seasons, in Hawaii. Planning a stay? Hope you have a lot of money to spend per night. The suites that the characters vacation in on the show are in the three figures. Taormina, the town where The White Lotus films the hotel scenes at the White Lotus, also has a gorgeous ancient amphitheater built by the Greeks in the third century B.C.—perfect, as this season is low key a Greek tragedy even though it’s in Italy. 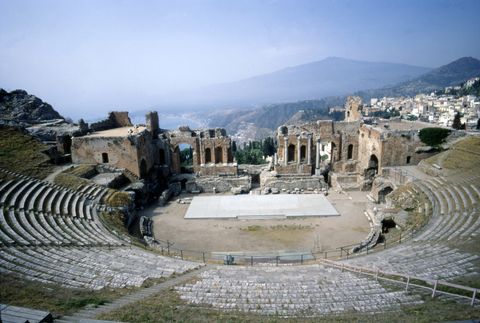 The hotel beach that features in the beginning and end of the season, however, is Cefalu according to Conde Nast Traveller. It’s location on the other side of the island bordering the Tyrrhenian Sea. 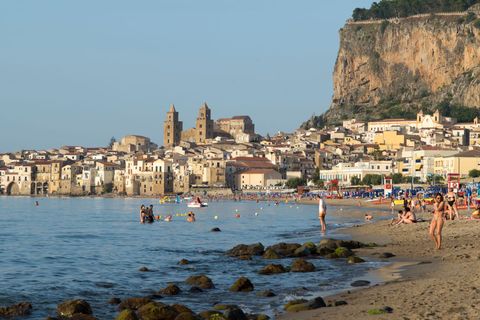 The production also hit up the nation’s capital.

Not every part of The White Lotus was shot on location, meaning an indoor or outdoor space that previously existed, but everything was in Italy. The production used a studio outside of Rome, back on the mainland, for the sets they had to build. 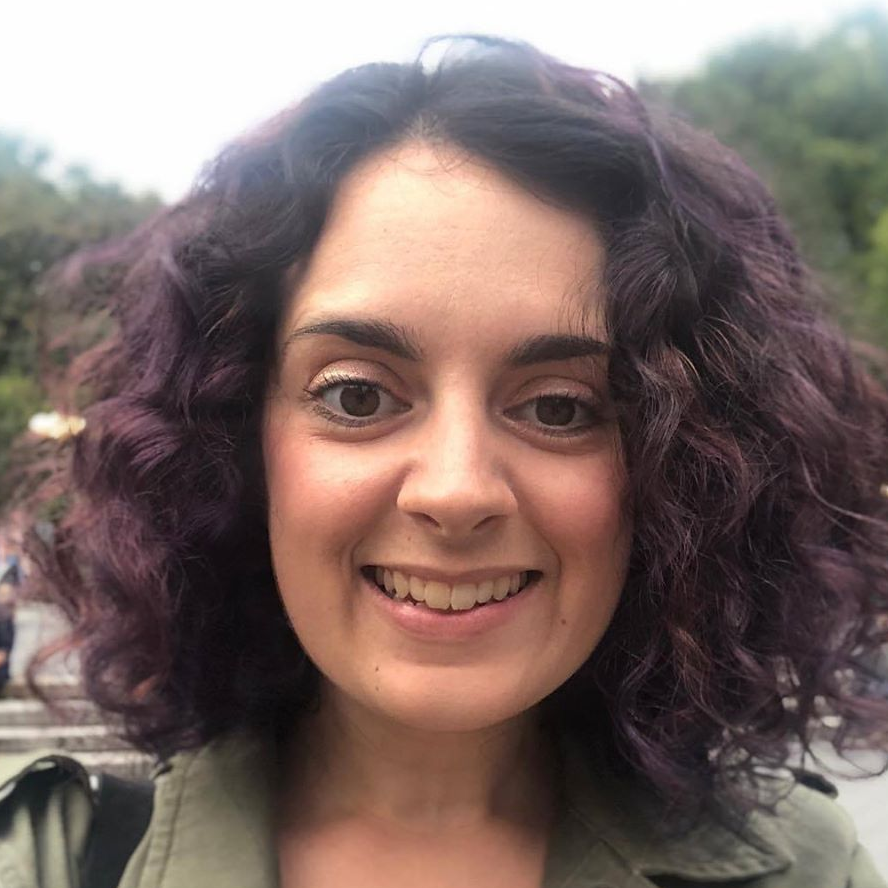 Leah Marilla Thomas is an entertainment writer, UNC alum, and former Hasbro Toy Tester (yes, that’s a real thing) who loves The Good Place and Love Island equally. In her alleged spare time, she’s probably either at the theater, in a park, or watching basketball.