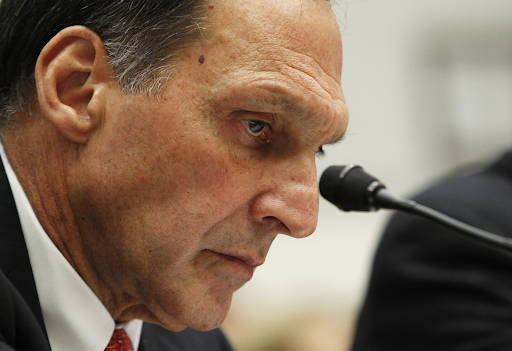 As a new breed of villains is unleashed thanks to the likes of Sam Bankman-Fried and his cronies, let us take a moment to remember one of the OG anti-heroes of the 2008 Global Recession: Dick Fuld. For those of you that are too young to remember, Dick Fuld was the CEO of Lehman Brothers who found himself at the epicenter of the 2008 global financial crisis.

Having been part of the finance world when this disaster struck, Fuld, to me, is akin to one of those Disney villains who turns up in a sequel. I never understood the power he had to simply disappear and, years later, recover some semblance of his career. Especially after all the damage caused by his leadership.

As we approach 2023 on the heels of the FTX fallout, I found myself eager to seek out where the “Gorilla of Wall Street” is today.

Dick Fuld, now 76-years old, is still peripherally around the financial markets – not quite in but not quite out. In fact, he was appointed as an advisor to a blockchain trading platform in Darien, CT just this past September. This happened after he sold off his fortune and assets and reemerged at a private capital company.

Fuld, per the press release, was given his most recent opportunity due to the fact that he “offers a wealth of knowledge and a vast network of strategic partners.”

With all due respect, how can anyone take this seriously? The only strategic partners in this man’s network should be the Feds. He is a criminal who essentially ran scot free.

Is anyone else angry?

I read that in a “rare appearance” Fuld made back in 2015, he actually said he has “no regrets.”

Has too much time to lapse? “No regrets” is not something a person who had direct responsibility for one of the worst recessions in modern history should say.

If you want to get to know a bit about the man behind the name, he used a private elevator to access his office so he did not have to interact with the “little people” who worked for him.

We paved the way for SBF

Okay, now that some of my frustration has been unleashed, how does SBF play into this?

Well, it’s quite simple really: we have not vilified the villains of 2008.

Time passes and these criminals have been given a reset in society – most without one day behind bars. In fact, the recent Netflix series Eat The Rich – the GameStop Saga showcases how those on Main Street were ready for a revolt against the ultra wealthy Wall Street players, with Dick Fuld himself included in this narrative.

Main Street is ready for white collar criminals to be treated as such. There are people doing long sentences for cannabis possession right now, a minor infraction compared to the damage the likes of Fuld and SBF have inflicted.

At this moment, we are all angry except maybe the politicians thanking SBF for his candor.

I digress. The powers that be know that, in time, someone else will arise. Another crisis will surface and this, too, shall pass. Another redemption story will be told. But should it? In today’s punishing cancel culture society, are we ready to cancel the real villains?

We should not, under any circumstance, stop being angry that “rock star” and “larger than life” CEOs are treated like royalty and given preferential treatment.

It should be unacceptable that a CEO who is on stage one minute, feeding audiences lies at events they paid thousands of dollars to attend and leading people on with their falsehoods about their companies, is in the next moment feigning ignorance when it comes to “losing” $10 billion dollars.

Web3 is here to stay

This is a time to ask questions: Are we angry enough to enact real change? Are we going to ask the hard questions? What about the simple ones? Why is SBF still in the Bahamas? Where on Earth are the feds?

I plead for you to ask these questions and demand answers so we can bring justice to an industry that is the supposed antithesis of what occurred in 2008.

If blockchain technology is about transparency, then let’s be transparent. Let’s not have to ask “Where is SBF” 14 years from now.

Let’s know that justice was enacted. Real changes were made because we know blockchain is real and will be useful. Notwithstanding these bad actors, Web3 is here to stay.

Now let’s shut the SBFs and Fulds out so we can do the work – and unlock all the positive changes that blockchain promises.

Kelly Ferraro is an events columnist at Grit Daily. She is partner and co-founder of River North Communications, touting over two decades of experience as a corporate communications professional. Having previously worked at Bank of America and Guggenheim Securities, she is well-equipped to design and implement media campaigns that align with business objectives. Kelly began her career at a hedge fund, developing a love for numbers as they told a company’s true story. She is also passionate about the blockchain evolution and believes transparency is the key to widespread adoption.