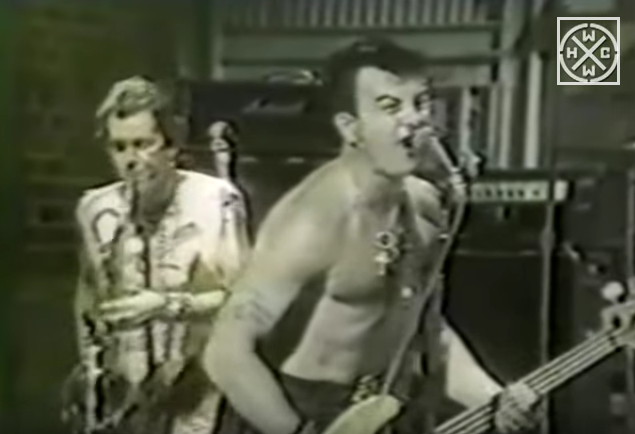 Like many famous episodes in the lives of famous people, Andy Warhol’s 15 minutes quote turns out to be a garbling of what happened. Warhol simply said that everybody wants to be famous (and by implication, famous forever). To which the Factory’s “court photographer” Nat Finkelstein replied, “yeah, for 15 minutes.” Given the way the idea has come down to us, we’ve missed the ambiguity in this exchange. Do we all want to be famous for 15 minutes (and only 15 minutes), or do we only spend 15 minutes wanting to be famous before we move on and accept it as a fool’s game?

Finkelstein himself might have felt the latter. He watched “pop die and punk being born,” as he said in a 2001 interview. This was the death of Warhol’s fame ideal, and the birth of something new: music that loudly declared open hostilities against the gatekeepers of popular culture. Not every punk band reserved its punches for those above them. California hardcore legends Fear — led by confrontational satirist Lee Ving — swing wildly in every direction, hitting their audience as often as the powers that be.

When their first taste of Warholian fame came around — in Penelope Spheeris’ 1981 documentary The Decline of Western Civilization — Ving used the moment in front of the cameras to taunt and abuse audience members until a few of them rushed the stage to fight him. Had NBC executives seen the footage, the casual violence, profanity, and worrisome ebullience on the set of Saturday Night Live would have come as no surprise when the network let returning guest John Belushi book Fear on Halloween night of that same year.

The SNL appearance — for which Fear proudly earned a permanent ban — became the stuff of legend for a number of reasons. Not only did Ving and band get up to their usual antics onstage, but the show brought in a crew of about 80 DC punks (including Dischord Records/Fugazi founder Ian MacKaye), who smashed up the set and joined the band in solidarity against Warhol’s New York and its saxophones. The network cut the broadcast short when one punk (identified as either MacKaye or John Brannon of the band Negative Approach) yelled “F*ck New York!” into an open mic during the last song, “Let’s Start a War.” NBC shelved the footage for years.

Though well-known in fan communities, the appearance might have faded from memory were it not for the internet, which not only has the Warholian power to make anyone famous (or “internet famous”) for no reason, but also routinely resurrects lost moments of fame and makes them last forever. Just so, the legend of Fear on SNL has grown over time on YouTube. It now warrants a short documentary — one made, no less, by Jeff Krulik, a filmmaker who, five years after the Fear appearance, documented another burgeoning Fear-like fandom in his cult short, “Heavy Metal Parking Lot.”

“Fear on SNL,” above, includes several interview clips from firsthand witnesses. DC “punk superfan” Bill MacKenzie listens to an old interview he gave about the show, in which he says the band asked him to come to the taping. As Ian MacKaye tells it, Lorne Michaels himself placed the call. (He must mean producer Dick Ebersol, as Michaels left the show in 1980 and wouldn’t return until 1985.) But both MacKaye and Ving remember that it was Belushi who really rounded up the audience of authentic punks, leveraging his own hard-won celebrity to stick it to the factory that made his fame.

The Night John Belushi Booked the Punk Band Fear on Saturday Night Live, And They Got Banned from the Show

Andy Warhol’s 15 Minutes: Discover the Postmodern MTV Variety Show That Made Warhol a Star in the Television Age (1985-87)

The Stunt That Got Elvis Costello Banned From Saturday Night Live