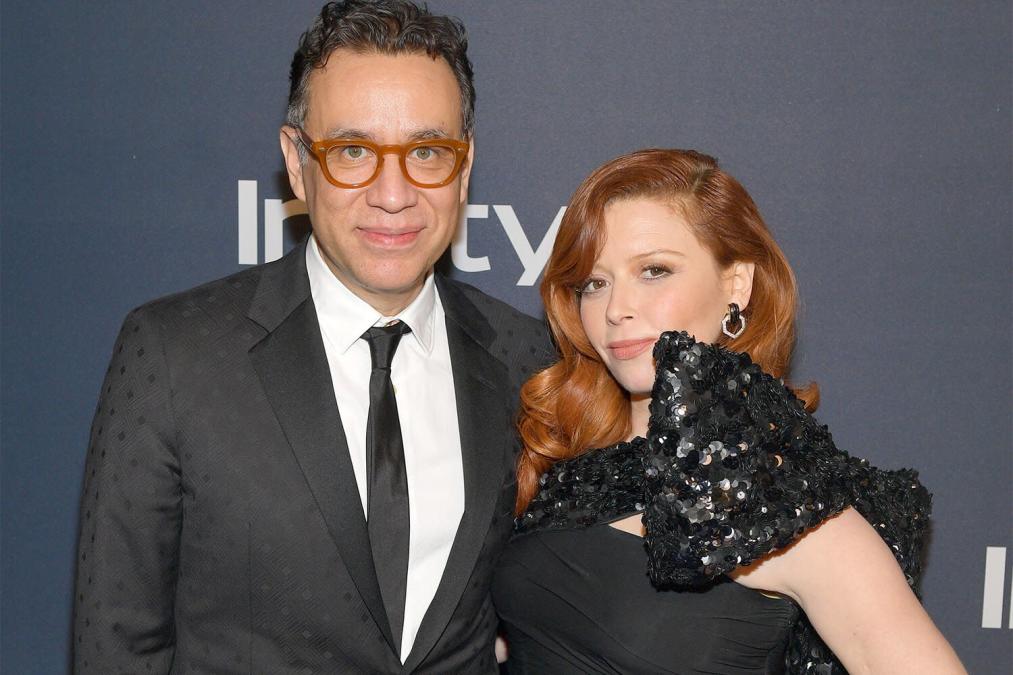 Natasha Lyonne and Fred Armisen have called it quits.

While discussing the long-awaited second season of her Russian Doll series with The Hollywood Reporter, the 43-year-old actress opened up about her bond with Armisen — and confirmed their split.

Addressing whether she’s currently based in Los Angeles, Lyonne told the outlet, “I’m not. I had been there living with Fred [Armisen] and during COVID.”

“I honestly think we broke up because I wanted a swimming pool,” she continued. “We love each other just about as much as two people can love each other and we’re still talking all the time, but Freddy doesn’t like a swimming pool. It might seem like a mundane reason for a breakup, but during that pandemic, you’ve got to get your laps — I’m like Burt Lancaster in The Swimmer.”

Because of this, Lyonne chose to purchase a house with a pool in the Los Angeles area.

“So that’s the real scandal,” the Orange Is the New Black alum jokingly added. “I guess I finally am an actual bicoastal.”

A rep for Armisen did not immediately respond PEOPLE’s request for comment.

Lyonne and Armisen were first linked in 2014 when they attended Netflix’s post-Emmys party at the Chateau Marmont. At the time, an onlooker told PEOPLE that the pair “shared kisses and were very cozy together.”

Lyonne later revealed in a 2019 Glamour profile that Armisen’s former Saturday Night Live colleague Maya Rudolph introduced the now-exes. “I was going through a rocky road, as we know,” she said of the pair’s first meeting, adding that she was in her “Grey Gardens phase.”

“I want to give more than I’m used to giving,” he added.

Lyonne and Armisen were last seen together at the 2020 Golden Globes.

Since then, the actress ignited split rumors when she stepped out with a mystery man in September 2021. Photos obtained by the Daily Mail captured the pair holding hands while attending the Malibu Chili Cook-Off.