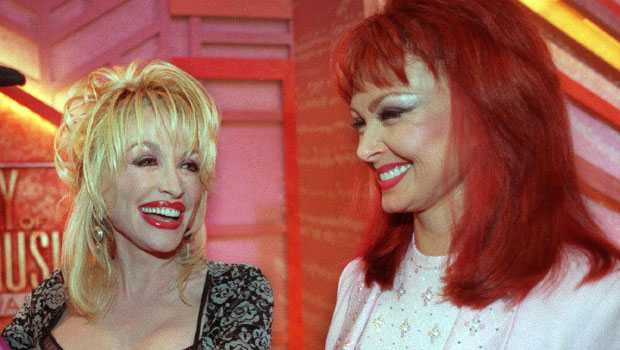 Dolly Parton has spoken out about her dear friend and fellow musician Naomi Judd‘s surprising death. “I was so shocked to hear about Naomi’s passing. Naomi and I were close,” the 76-year-old country legend began in a heartfelt post she shared on social media, adding that they were the same age and even both Capricorns. “We loved big hair, makeup and music. I have always loved Ashley, Wynonna, and Naomi. They’ve always been like sisters to me.” She continued on to congratulate Naomi’s daughter, Wynonna Judd, 57, for being inducted into the Country Music Hall of Fame on May 1 along with her late mother.

Naomi passed away on April 29 and her daughter Ashley Judd, 54, confirmed the news in a somber statement she shared online. “Today we sisters experienced a tragedy. We lost our beautiful mother to the disease of mental illness,” she wrote. “We are shattered. We are navigating profound grief and know that as we loved her, she was loved by her public. We are in unknown territory.”

Naomi, along with her eldest daughter Wynonna, composed the mother-daughter country duo The Judds. The singers rose to prominence in the 1980s and released six studio albums between 1983 and 1991. They were nominated for a Grammy nine times and were victorious five times. They scored an impressive 14 No. 1 hits throughout their careers together.

Dolly Parton: Pics Of The Singer

Wynonna tearfully accepted her and her mother’s entrance to the Country Music Hall of Fame alongside Ashley one day after their mother’s untimely death. “I’m sorry that she couldn’t hang on until today,” Ashley apologized on stage. Wynonna added: “Though my heart is broken I will continue to sing.”

Dolly was far from the only celebrity to send condolences to Naomi’s family. “I had the honor of meeting Naomi Judd years ago and she was so incredibly kind. Sending love and prayers to Wynonna, Ashley, and the whole Judd family during this time. I never thought she’d go,” Broadway star and actress Kristin Chenoweth, 53, tweeted following the news. “I am deeply saddened by the loss of my friend and fellow Kentuckian, Naomi Judd,” fellow country star Crystal Gayle, 71, wrote alongside a photo of the late singer. “Naomi was always so special to be with. She accomplished so much and she will be missed and loved forever. My prayers go out to Naomi and her family,” she added. Country singer Trisha Yearwood, 57, wrote: “I am deeply saddened by the loss of Naomi Judd. My heart goes out to her family during this extremely difficult time. Country music will never be the same. Love one another.” Several others shared similar notes of love and sympathy.

Naomi Judd’s Daughters: Everything To Know About Ashley & Wynonna As They Grieve Their Mother