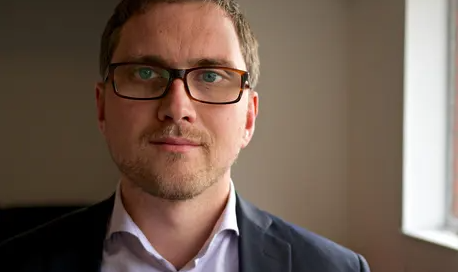 Wazoku, a software company based in London, England has just raised around $9.25 million (£8.5 million) in funding and announced its acquisition of the collective intelligence startup Mindpool. Wazoku is focused on bringing businesses innovation at scale, which it does by using its Innovation_360 suite built upon the AI-powered Wazoku Platform. The idea is to lessen the time and cost involved in transitioning from idea to impact, something you can learn more about in the press release below.

Innovation scale-up Wazoku has closed a series B funding round of £8.5M through investment from Octopus Ventures along with follow on from existing investors including Calculus Capital.

Wazoku works with global enterprises such as NASA, Enel, HSBC, Shell and more to help them innovate at scale. It will use the funding to drive R&D across its product suite, as well as further internationalisation, acquisitions and the management of hyperscale growth over the next two years.

“In a world in which volatility and complexity are increasing and the nature of work and talent are drastically changing, it is critical that organisations develop the capability and capacity to think and act differently when it comes to change and innovation” said Rich Bolton, Octopus Ventures. “We have been impressed with the vision of the Wazoku team to help drive impact and innovation by creating a true operating system for innovation at scale. We back ambitious founders with a bold vision to change the world and are excited to support Wazoku in this next stage of their growth.”

“We are excited by the continuing growth of Wazoku since we invested in 2019,” said Alexander Crawford, Co-head of Investments at existing investor Calculus Capital “We are looking forward to working with the team over the next stage of its development”.

Wazoku has also announced the acquisition of the Danish collective intelligence platform, Mindpool, a research spinout that captures actionable employee insight to improve company performance. The acquisition, the company’s third in three years, extends the company’s collective intelligence offering driving further insights, engagement and predictions across the innovation at scale process. The Mindpool team will join the Wazoku business as part of the transaction, extending Wazoku’s reach and presence even further in Denmark and across Europe.

“From a strategic perspective, Wazoku and Mindpool coming together means the two organisations will be even greater than the sum of their parts. There’s just enormous opportunity in supporting the increasing number of organisations shifting towards human-centric tools and platforms,” said Soren Holm, Director, Mindpool SME.

“I’ve admired Mindpool as a business since its inception and I’m obviously a champion of collective intelligence, so it’s fantastic to be able to bring Mindpool into the Wazoku business,” said Simon Hill, CEO, Wazoku. “It will be a valuable addition to our platform, combining human intelligence and technology to create a compelling proposition, offering actionable insight into company performance for all our global customers and through our Innovation_360 suite, we can remove the friction and improve the success rates from insight to impact.”

Mindpool powers the Global Mindpool platform that connects the United Nations Development Program (UNDP) with citizens worldwide through the Don’t Choose Extinction programme. The campaign features a collective intelligence platform, the Global Mindpool, to help tackle the most important issues of our time. Linking insights from around the world – on the climate emergency, the crisis in nature and inequality – the Global Mindpool will support UNDP to better inform and equip policy makers in government, civil society, and the private sector. Don’t Choose Extinction was launched at COP26 with the campaign video having over 4bn views globally.

“Wazoku and Mindpool are not only aligned on strategy and vision, but more importantly on culture, purpose, and a common desire to build sustainable business, for a sustainable future. I cannot imagine a better fit to facilitate the next phase of our business,” said Mik Thobo-Carlsen, Mindpool Co-founder.

“Wazoku and Mindpool are organisations with complementary technologies and approaches to collective intelligence, crowdsourcing and innovation,” said Dr. Carina Antonia Hallin, co-founder, Mindpool. “This couldn’t be a better fit, and I am excited to see what the two companies can achieve together.”

The original press release can be found on Wazoku’s website.