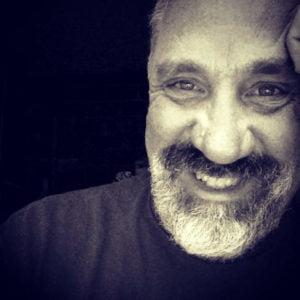 Steve Olenski may lack a formal college degree, but his years in marketing have taught him a thing or two about building an advertising strategy.

Throughout the past three decades, Olenski has earned two telling titles in advertising and marketing circles, including The Distiller of Truth and The CMO Whisperer.

Olenski’s penchant for blunt honesty, his tongue-in-cheek slant to his relationships, and a self-deprecating approach of his style of work, has become his calling card. His resume includes editorial writing and opinion columns in numerous industry bibles, such as Advertising Age, Adweek, Business Insider, and Forbes. He has held a variety of marketing positions for numerous companies. His latest focus, The CMO Whisperer, provides strategic advice, as well as a litany of similar services, for those who want a comprehensive approach to their marketing efforts.

One of his go-to pieces of advice can hit with the power of a .44 Magnum.

“One of the best skills any human can have is knowing what they don’t know,” Olenski said. “Or, as Dirty Harry once said, ‘A man’s got to know his limitations.’ A lot of people make the mistake of thinking they know what they’re doing when it comes to marketing. The biggest mistake I see startups making is getting out of their own way.”

Olenski continued, saying a majority of people don’t understand the nuances and intricacies of marketing and public relations strategy. He cites their everyday exposure to television and radio commercials, marketing promotions, and PR campaigns as the basis for the creation of a false expertise and incomplete understanding of marketing strategy.

“Startup people are typically smart people,” he said. “They know their product inside and out. They don’t know marketing. If they did, they wouldn’t’ve hired me.”

The problem is so pervasive he cut ties with a recent startup client when management kept crossing the boundaries Olenski laid out at the beginning of the relationship.

“I fired them,” he said. “As much as they said they got it and they were going to stay out of my way, they didn’t. I said, ‘This isn’t working. You’re not letting us do what we do best.’”

Early in the relationship, the clients began to micromanage Olenski’s team. They wouldn’t let the marketing strategy progress throughout the defined timeline to get to the tactics.

Why do they react this way? Olenski has typically noticed two circumstances where his clients overstep the necessary boundaries.

The first is simply a lack of insight and knowledge.

It’s sort of like going to a doctor, telling them about everything you’ve read on WebMD, and suggesting courses of treatment. Similar comparison can be made with auto mechanics.

The second is an inability to relinquish control. This is their baby, after all.

Is this behavior limited to startups? Do established brands and business fall into the same routine?

Established business leaders often know more than someone who has never participated in a marketing project but they are often just as unwilling to relinquish control of their silo of information, their authority, or their sphere of influence. He has even seen efforts from internal departments to sabotage contractors. In-house marketing departments can be particularly frustrated when an outside marketing consultant is hired on.

For startups, Olenski acknowledges the product / service / technology in question is undeniably the client’s property and the client can ultimately do what they want with their creation. However, he says, when he is hired to do a job and his process is continually interrupted and diverted, his brand is now at stake. He will make an effort to regain control of the process for everyone’s benefit or remove himself from the project.

“They’re usually speaking from the consumer’s perspective, not the marketer’s perspective,” he said. “There’s a huge difference. It’s kind of fascinating, from a human nature perspective, why so many people have this ‘I know advertising’ approach.”

Focus on the customer

His core ideas are consistent, whether he is stepping in to boost an established brand or assisting an entrepreneur with the launch of something new. The storytelling has to be genuine. The presentation has to be transparent. You have to grab their attention.

“The focus has to be on the recipient. This isn’t about the brand. This isn’t about the celebrity spokesperson. Always remember your audience. Know the tone they prefer. What is their attention span? What do they like? Why should they stay loyal to you? We know you’re in it to make money. It’s like the best worst-kept secret. Tell us what problem you are solving for us. Tell me a story. Entertain me. Engage me.”

An engaged customer becomes a fan, and fans become a Magnum Force to be reckoned with.