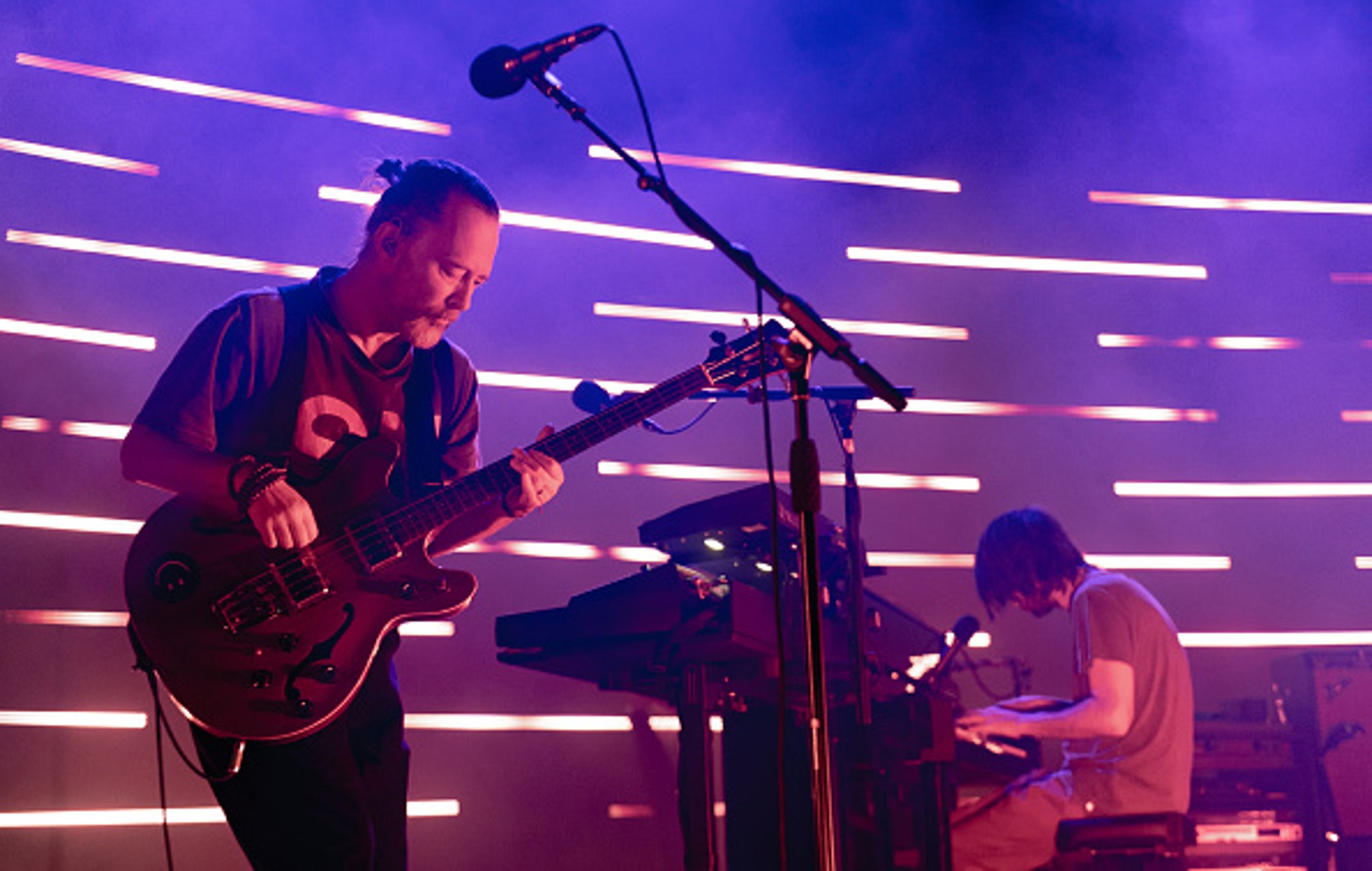 The Smile’s full set from this year’s Montreux Jazz Festival is now available to watch on YouTube – check it out below.

Yesterday it was announce that the band – comprising Radiohead‘s Thom Yorke and Jonny Greenwood along with Sons of Kemet‘s Tom Skinner – would release a live album recorded during their set at this year’s Switzerland festival.

Both the album and concert film broadcast are out now, with the latter available for just 48 hours from Tuesday (December 13) at 8pm GMT.

The festival, which took place in July, captures the trio playing songs from ‘A Light For Attracting Attention’, including ‘You Will Never Work In Television Again’, ‘The Smoke’, ‘Pana-vision’, ‘Free In The Knowledge’ and more.

The live album, meanwhile, features eight songs from their set, which you can listen to below.

The band last year made their live debut with a performance for Glastonbury’s Live at Worthy Farm concert video, which streamed in May 2021.

Their debut single, ‘You Will Never Work In Television Again’, was released in January this year, followed by ‘The Smoke’, ‘Skrting On The Surface’ and ‘Pana-vision’.

They were followed by the release of ‘A Light For Attracting Attention’ in May, which was listed as one of NME’s best albums of 2022.

In a four-star review, NME described the album as a “free and easy Radiohead side-project” which saw the group “cut loose on this curious and energetic supergroup romp”.

It continued: “While there’s not a sound or direction on the record that would shock any longtime followers of Yorke or Radiohead, it was clearly made with a free spirit and energy that the pressure of the infamously tortured and laborious task of creating another monolith from The Radiohead Machine might not allow them.

“In cutting some new shapes, this supergroup have been set loose to make some of the most arresting and satisfying music of their careers. Christ, it sounds like they’re having fun – or, at least, as much fun as can be had in trading in this kind of jazzed-up misery. Still, after just a few listens that seemingly ironic band name makes a lot more sense.”

Reviewing The Smile live in New York this November, NME described the 100-minute-long set as “an expansive and dazzling spectacle”.