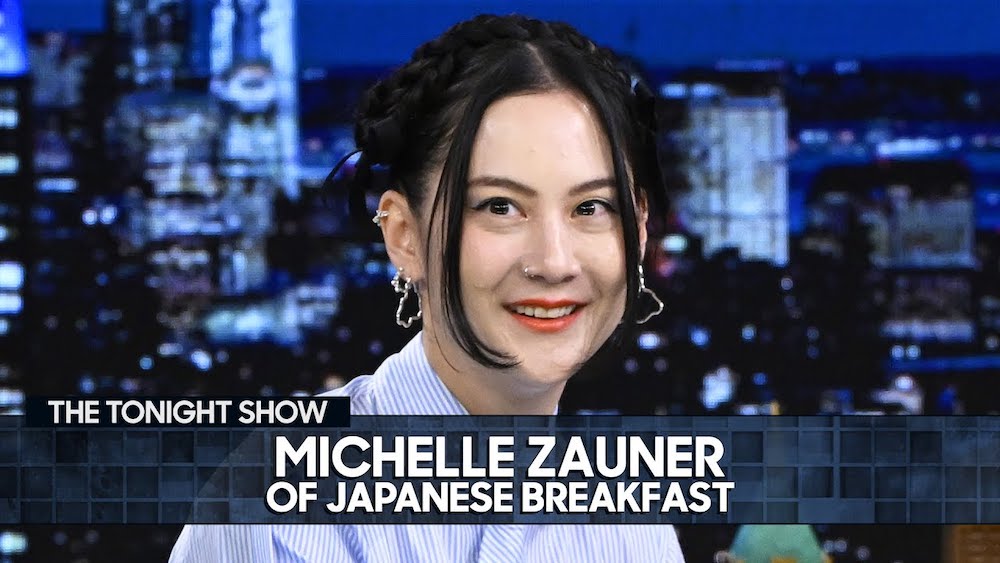 One year after performing “Jimmy Fallon Big!” on The Tonight Show, Japanese Breakfast’s Michelle Zauner actually got to sit down with Fallon to explain the meaning behind the song named for him (appearing on the band’s 2017 album Soft Sounds From Another Planet). “Before Japanese Breakfast, I used to be in a very unpopular punk band called Little Big League,” Zauner explained to Fallon. “And our bass player left to join another band that was more popular. He sat me down at the table and was like, ‘I love this band. I wish we could continue on together, but this other band has invited me to play, and we’re gonna be Jimmy Fallon big. And so, I have to pursue my dream.’”

All’s well that ends well, though: Zauner explained how the other band fired her former bass player and she brought him back to be in Japanese Breakfast, who then in turn ended up playing The Tonight Show.

Zauner, who is performing with Japanese Breakfast tonight on the season finale of Saturday Night Live, also talked about going to get some Nathan’s hot dogs after the Grammys this year. “It was such a busy day getting ready and I was so hungry, all I ate was gruel in the morning,” she said. “I didn’t want to take off the outfit and get stuff on it, so I just didn’t really eat anything that day.”

She continued: “It was in the MGM Grand this year and on our way to the show, we passed a Nathan’s hot dog in the food court and I was like, ‘Oh, I’m going to hit that up later.’ The entire show I was just kind of like, ‘I can’t wait to go there.’”

Fallon was so charmed by the Nathan’s story that he brought out a platter of hot dogs to enjoy with Zauner. Watch Zauner’s Tonight Show interview below.