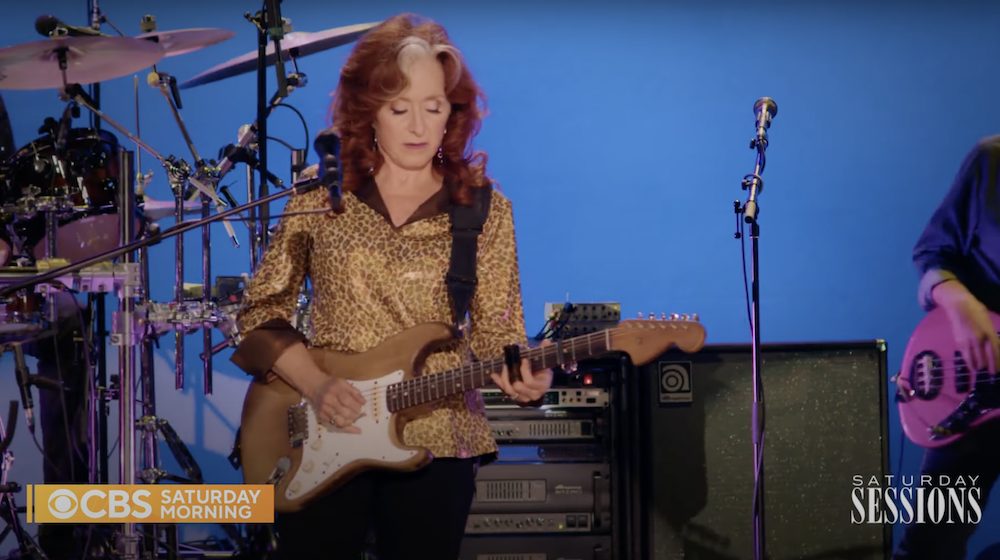 Last month, veteran singer-songwriter, slide guitarist, and Father John Misty fan Bonnie Raitt released her first new album in six years, Just Like That…. Now, the Rock And Roll Hall Of Fame-inducted performer has stopped by CBS Saturday Morning to play a few “Saturday Sessions,” including new song “Livin’ For The Ones,” her rendition of the Bros. Landreth’s “Made Up Mind,” and her Nick Of Time classic “Love Letter.”

Opening up about her 1989 album, which was recently inducted into the Library Of Congress’ National Recording Registry, Raitt said: “Circumstantially, it changed my life.” Raitt also reminisced about winning Album Of The Year, Best Pop Vocal Performance, Best Rock Vocal Performance, and Best Traditional Blues Recording (shared with John Lee Hooker) at the 32nd Grammy Awards. “To get nominated for Album Of The Year, and then to win all of those four in one night? Cinderella moment.”