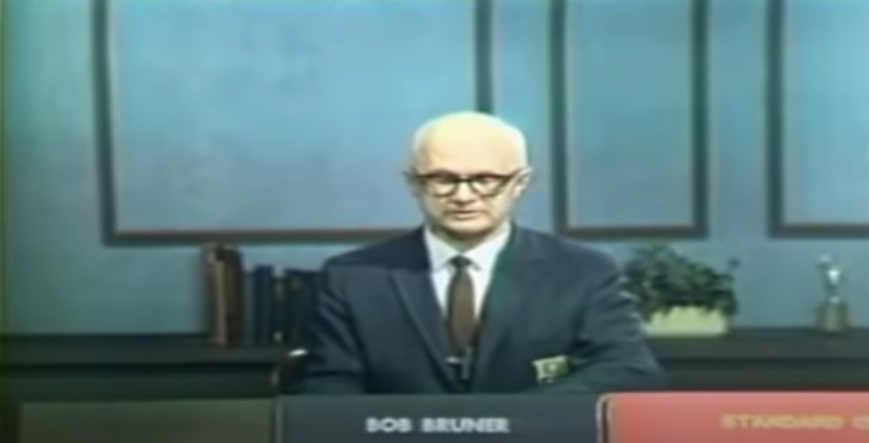 The history of television is a murky, convoluted affair, filled with patent wars, corporate backstabbing, and stories of thwarted genius found in many such tales. The story of color TV can seem no less complicated, with patents stretching all the way back to 1904 (filed by a German inventor), decades before the magic box appeared in any living room. The first mechanical color system was designed by Scottish inventor John Logie Baird in 1928.

Attempts to broadcast color TV wouldn’t be made until the 1950s, with the first commercial broadcast made by CBS airing in 1951 on five stations. Hardly anyone could see it. When NBC broadcast the Tournament of Roses Parade in 1954, fewer than 8,500 American households owned a color TV set. By April 1961, an editorial in Television magazine argued that color “is still in the egg, and only skillful and expensive handling will get it out of the egg and on its feet.” Needless to say, the adoption of the new technology was exceedingly slow.

Ratings wars and advertising wars forced color to come of age in the mid-60s, and as a result “color TV transformed the way Americans saw the world, writes historian Susan Murray at Smithsonian, as well as the way “the world saw America.” Color television “was, in fact, often discussed by its proponents as an ideal form of American postwar consumer vision: a way of seeing the world (and all of its brightly hued goods) in a spectacular form of ‘living color.’” Color was explicitly talked up as spectacle, though sold to consumers as a truer representation of reality.

“Network executives pitched [color TV] to advertisers as a unique medium that would inspire attentiveness and emotional engagement,” writes Murray, “making [viewers] more likely to purchase advertised products, a growing myriad of consumer goods and appliances that were now available in a wider set of vibrant colors like turquoise and pink flamingo.” (Thanks, of course, to the advent of space-age polymers.) Such history provides us with more context for the puzzlement of newsman Bob Bruner in 1967 (above), introducing viewers to Iowa’s Channel 2 switch-over to color.

“I feel doubly honored to have been chosen to be the first one involved in our big change,” says Bruner after chatting with station manager Doug Grant, “because there are so many much more colorful characters around here than this report in the news.” That year, there were characters like Pink Floyd appearing for the first time on American Bandstand (see that footage colorized here), their psychedelic vibrancy muted in monochrome.

Bruner had already been upstaged nearly ten years earlier, when NBC’s WRC-TV in Washington, DC introduced its first color broadcast with President Dwight D. Eisenhower, who extolls the virtues of the medium above, in the oldest surviving color videotape recording. Even so, only around 25% of American households owned a color TV in 1967. It would be another decade before every American household (or every “consumer household”) had one, and not until the mid-80s until the medium reached full saturation around the globe.

Elvis’ Three Appearances on The Ed Sullivan Show: Watch History in the Making and from the Waist Up (1956)