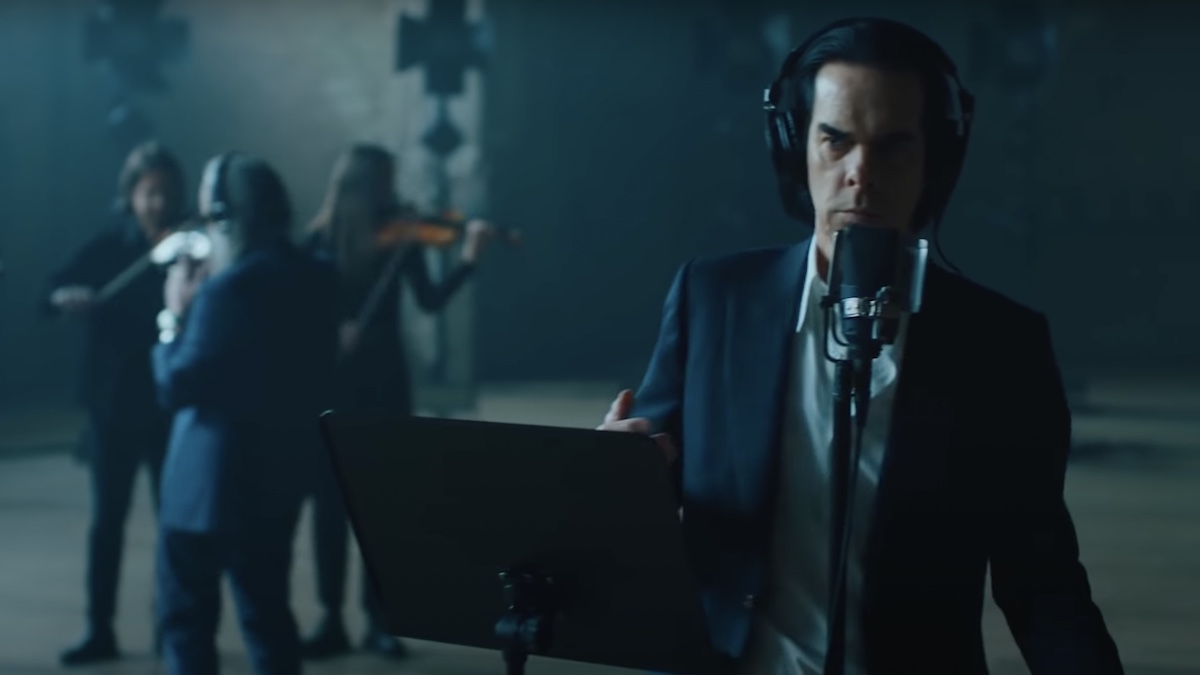 These Things Are True, a new documentary that follows Nick Cave and Warren Ellis as they work on the recent albums Ghosteen and Carnage, will premiere at the Berlin Film Festival later this month. It’s directed by Andrew Dominik, and you can check out the first trailer below.

“I would have defined myself as a musician or a writer,” Cave says to begin the clip, “and I’m trying to wean myself off those definitions of myself that are about my occupation, and see myself as a person.” He talks about wanting to redefine himself as a “husband and father and friend and citizen who makes music,” though as the clip makes clear, that music is never far from his mind.

The trailer segues into a recording of “Lavender Fields” from Carnage. Ellis conducts a string trio, and Dominik’s camera swoops with those luscious strings, capturing the performance in motion and then pulling back to reveal Cave standing at a microphone. Watch the preview after the jump.