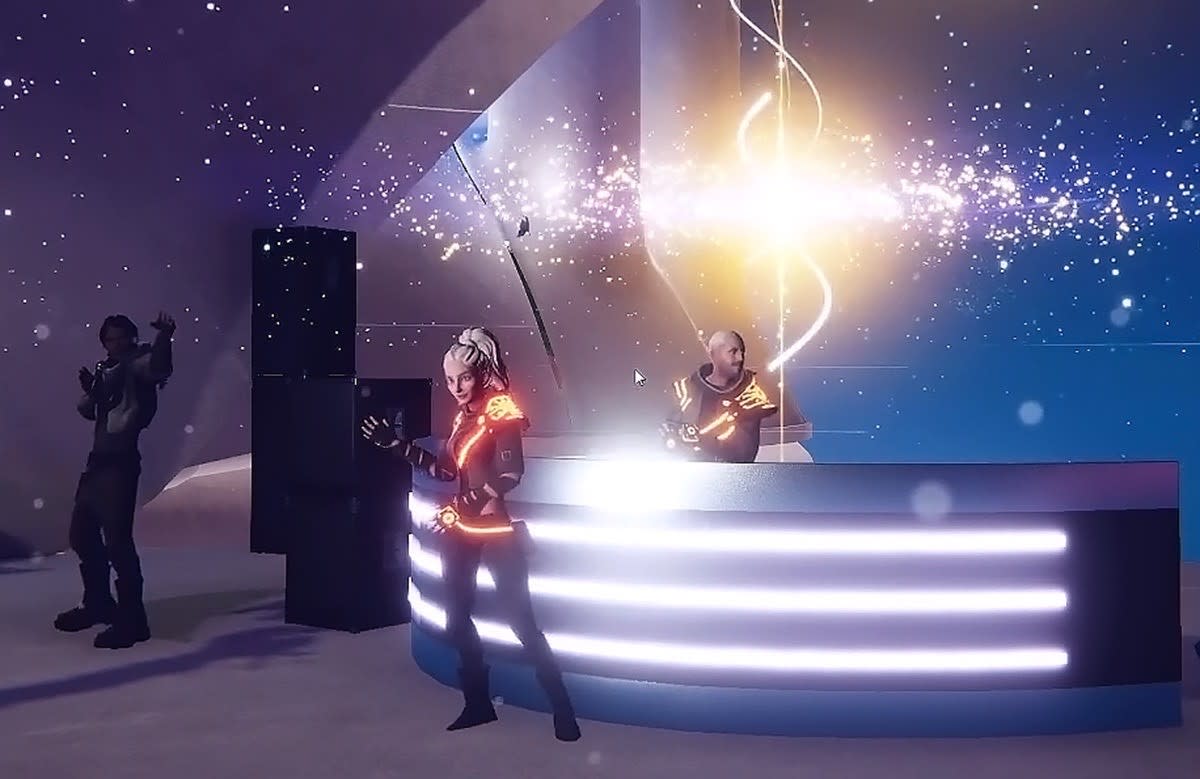 Whether or not you agree with the concept of the metaverse, there’s no arguing it’s music’s next frontier. It’s changing the industry as we know it—and VRJAM is one of the biggest catalysts.

The accessibility, affordability and sustainability of the metaverse are already being enjoyed by its advocates. But when it comes to live music experiences in the metaverse, VRJAM knows that fan engagement is the real key.

For artists embracing Web3, a phrase referring to the next iteration of the internet that promotes decentralized protocols, VRJAM could be a knight in shining armor. After all, it’s not easy building a fanbase these days, but the company’s blockchain-powered platform enables musicians to do it in innovative ways—and monetize it.

So VRJAM created the visceral 5th Dimension, its custom-built virtual space where visitors can engage with the world’s leading electronic music artists and labels in new ways thanks to the company’s disruptive tech solutions. It’s here where Psyonics, a “duo of multiverse missionaries,” performed their first-ever live show.

Harnessing the power of film-grade motion capture technology in a live setting, VRJAM curated a bespoke stage in 5th Dimension for the avatar duo to perform a real-time DJ set. Viewers were able to catch the innovative performance on their PC or in virtual reality by using an Oculus Quest 2 headset.

Those watching the set in VR saw Psyonics’ members, Sy Shuama and Zam Spacetime, defy the laws of physics as they threw down a DJ set in 5th Dimension’s stupefying virtual rave setting. Sporadic special effects, like snow, fire, sparks, bubbles and bursts of electricity, were stitched in to eye-popping effect. And at one point, Shuama delivered live vocals in tandem with her counterpart’s DJing.

Thanks to VRJAM’s team of renowned 3D graphics designers and character animators, the performance could ultimately be a touchstone for the intersection of live music and blockchain tech. And it all seems to be just the beginning. According to a press release, Psyonics “plan to reach millions of people through VRJAM’s virtual world.”

Before that happens, you can get in early on the futuristic duo’s music after their debut single hit streaming platforms. Ahead of their VRJAM show, Psyonics dropped a chunky house record, aptly titled “Gelatinous Fatso.” With its kaleidoscopic disco influences and gritty French house beat, the track hearkens back to the immersive, madcap universe of their 5th Dimension set.

You can listen to “Gelatinous Fatso” below and join VRJAM’s closed beta program here.