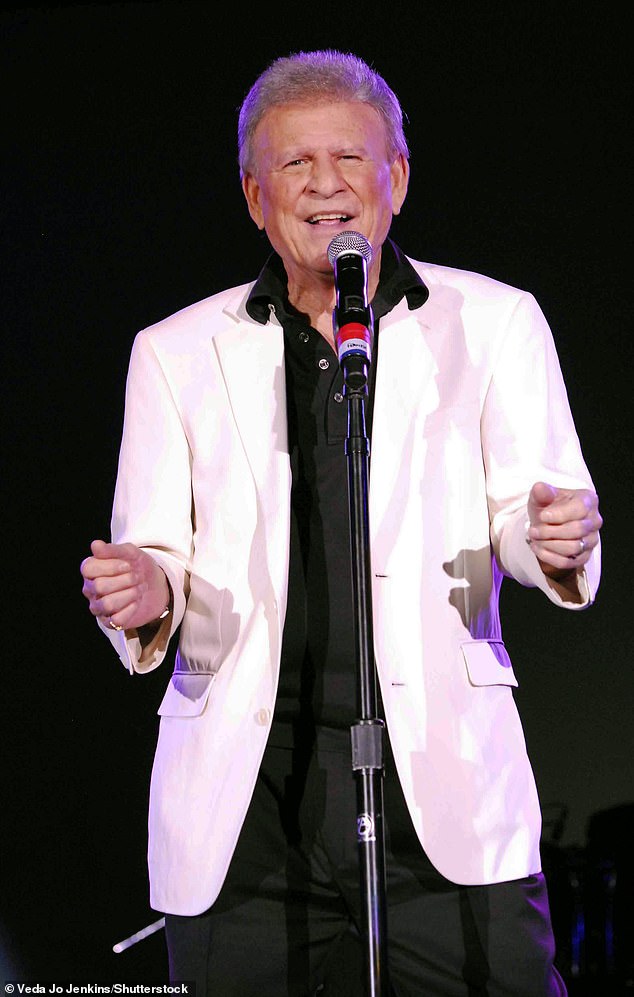 Bobby Rydell, the popular teen heartthrob singer who rose to fame in the 1950s and ’60s, has died at 79.

Rydell’s biggest musical success came in 1960 with the release of his singles Volare and Wild One, though he would also branch out into acting as his career progressed.

The singer, who was born Robert Louis Ridarelli in Philadelphia in 1942, got his big break when he was still a child in 1950 after he won a contest put on by jazz bandleader Paul Whiteman.

He appeared on Whiteman’s TV Teen Club talent show for multiple years and eventually changed his name to Bobby Rydell.

He attempted to officially launch his singing career in the late 1950s but failed to gain traction until his 1959 single Kissin’ Time reached number 83 on the pop charts.

Rydell followed it up with several hit songs, including We Got Love and Swingin’ School, and the success made him a sensation back in Philadelphia.

In total, he amassed 34 hit singles throughout his career. 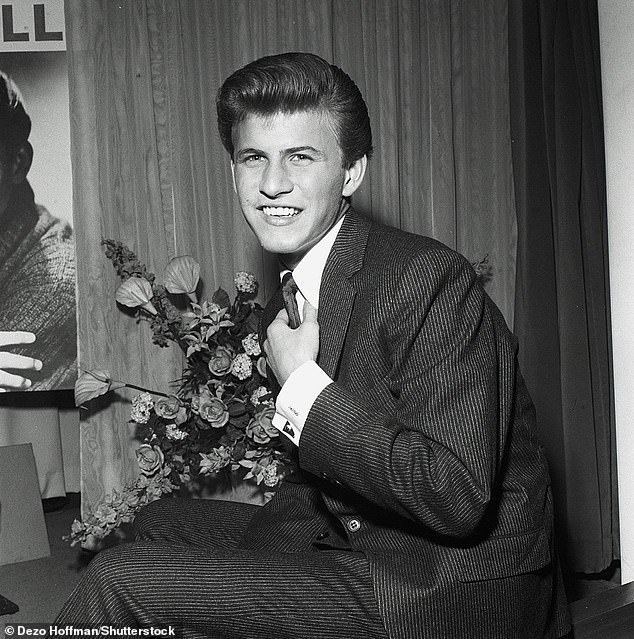 Rydell was born in Philadelphia in 1942 and became a regular on Paul Whiteman’s TV Teen Club talent show starting in 1950, before having a string of hit rock and roll singles starting in 1959; pictured in 1965 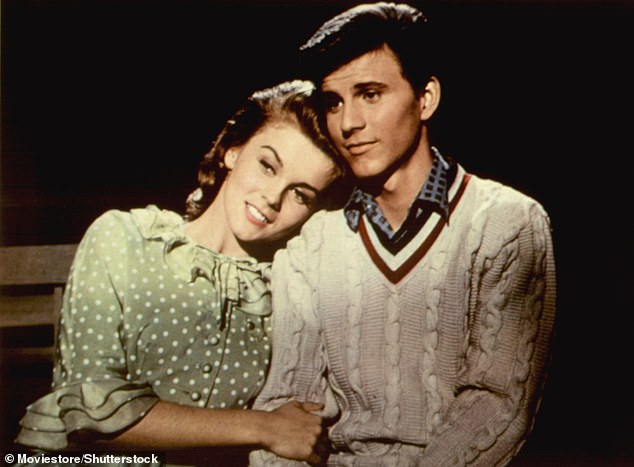 Expanding his range: In addition to being a popular singer known for hits like Volare and Wild One, Rydell branched out into acting. His most famous role was with Ann-Margret in Bye Bye Birdie (1963, pictured)

Following in the footsteps of other popular rock and roll singers who had successful film careers, Rydell moved into acting with the role of Hugo Peabody in the 1963 musical classic Bye Bye Birdie, which he starred in opposite Ann-Margret.

The role in the Broadway version featured very few lines, but it was expanded and rewritten specifically to accommodate the rising heartthrob.

I go see the play, and I’m looking at Hugo Peabody, and he doesn’t sing, there are no lines, there’s no dancing, he just stood there,’ Rydell explained in a 2020 interview for From the Mixed-Up Files … of Middle-Grade Authors.

‘But, when I go out to start filming, Mr. [George] Sidney saw some kind of magic between Ann-Margret and myself, and every day that I went back to Columbia Studios, my script got bigger, and bigger, and bigger,’ he continued. ‘More dialogue, more singing, more dancing. And I’m not a movie star by any stretch of the imagination, but if I had to be in one picture, it’s a classic, such as Grease. And I’m really happy to be involved with something that was that wonderful.’ 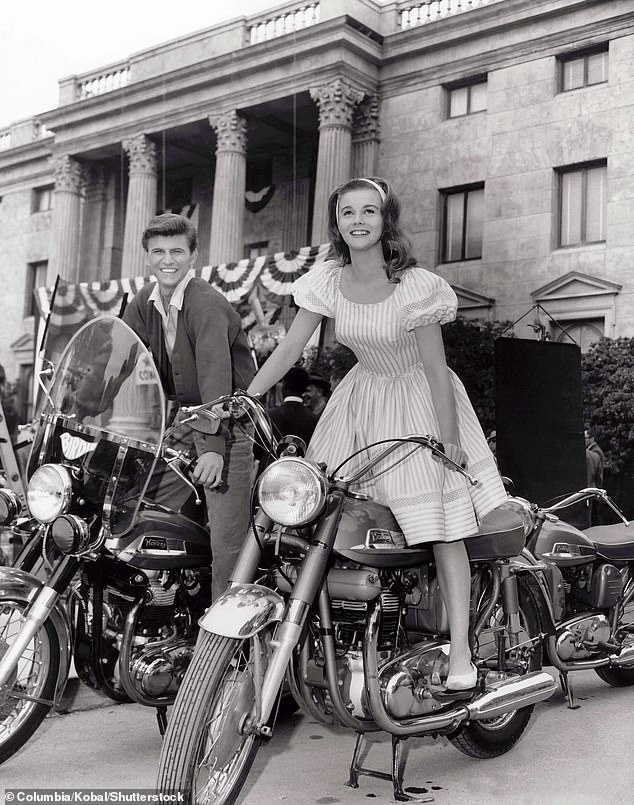 Star power: The role in the Broadway version featured very few lines, but it was expanded and rewritten specifically to accommodate the rising heartthrob; seen with Ann-Margret in 1963

He also appeared in two TV movies the same year, Swingin’ Together and Rockabye The Infantry.

As the 1960s progressed, he also became a regular guest on numerous popular comedy shows, in particular The Red Skelton Hour.

Rydell would serve as an inspiration to future hitmakers, including Paul McCartney and The Beatles.

In the group’s documentary Anthology, McCartney revealed that She Loves You was inspired by a 1963 Rydell song.

‘There was a Bobby Rydell song [Forget Him] out at the time and, as often happens, you think of one song when you write another,’ he explained.

McCartney originally planned an ‘answering song’ like Forget Him, before deciding that was a ‘crummy idea’ in its original incarnation, though the song soon morphed into the immortal classic.

Unfortunately, as The Beatles and other British Invasion bands swept across the US, interest in Rydell’s older style of pop and rock and roll swiftly waned. 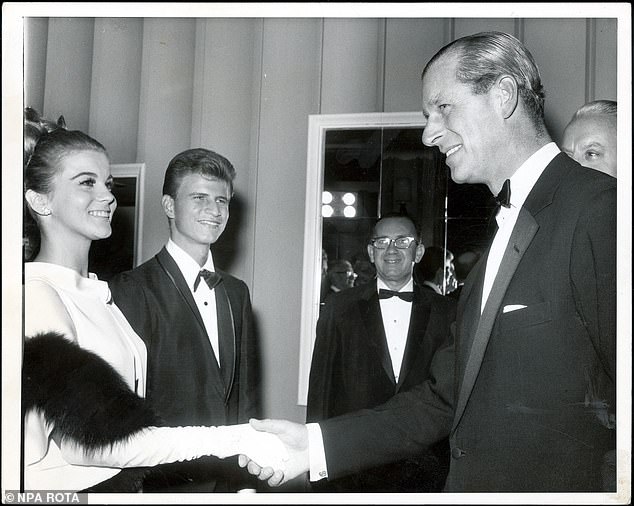 Changing of the guard: Rydell’s 1963 Forget Him served as the inspiration for Paul McCartney to write The Beatles’ She Loves You, but Rydell’s career floundered as the British Invasion took hold; seen with Ann-Margret and Prince Philip in 1963

Years later, the musical Grease would pay tribute to Rydell by naming its high school after him.

Starting in 1985, Rydell toured as part of the Golden Boys, a trio featuring Fabian and Frankie Avalon.

The singer had stayed busy even into his 70s, and he still had concerts lined up later this year.

The Oscar winning film Green Book even included an actor playing Rydell during a performance scene. 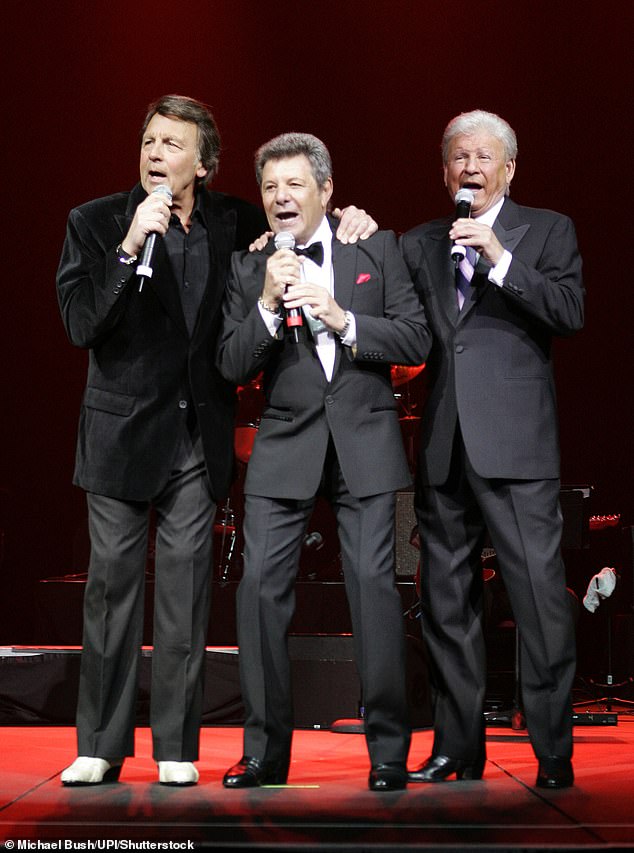 Strong to the end: Starting in 1985, Rydell toured as part of the Golden Boys, a trio featuring Fabian and Frankie Avalon. The singer had stayed busy even into his 70s, and he still had concerts lined up later this years; een in 2008 with Fabian (L) and Avalon (C)