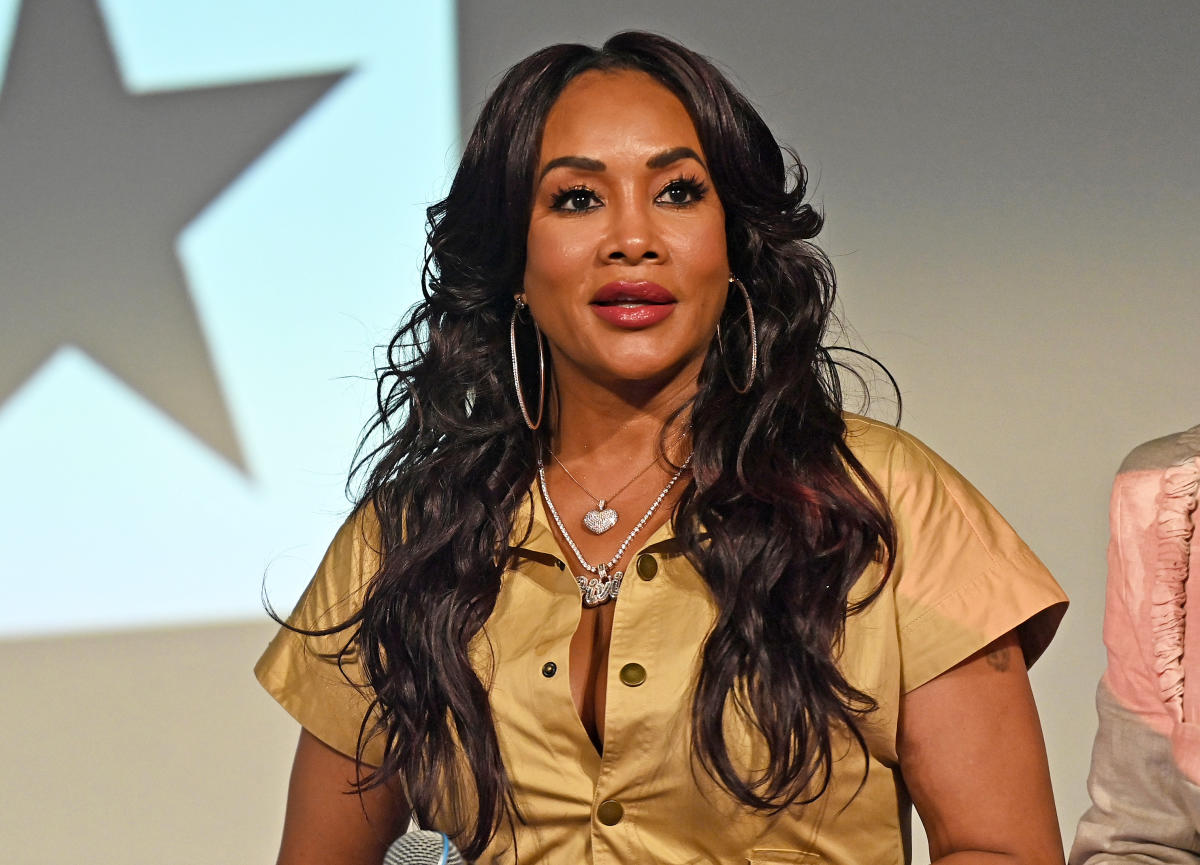 Vivica A. Fox thinks Will Smith deserves a “second chance.”

Like everyone else, Fox weighed in on Will’s infamous Oscars slap earlier this year. Having co-starred with both Will (Independence Day) and Jada Pinkett Smith (Set It Off), Fox took issue with the latter’s handling of the situation, saying Jada — who was the butt of Chris Rock’s joke that night — was “self-righteous” when she addressed the slap on Red Table Talk in June and accused her of taking “no accountability.”

Now, in a new interview, Fox says she hasn’t heard from Jada following her public criticism and just hopes everyone will “move forward.”

“I think they’re just really going through a season of healing right now,” Fox told People of Will and Jada at an event Tuesday night.

She continued, “Listen, I love Will. He’s one of my favorite people on the planet. We all make mistakes. If there’s one person that deserves a second chance, it is him. I think he’s taken full accountability for his actions and he apologized. I just hope that we can all move forward from the incident and learned that it must never happen again, especially on that magnitude of a stage.”

Will, 53, stormed the stage on Oscars night on March 27 and hit comedian Rock, 57, for making a G.I. Jane joke about Jada’s shaved head. Rock was reportedly unaware she has alopecia. As the slap played out, Jada appeared to laugh at her seat. Will went on to win the Best Actor award that night — not apologizing to Rock in his speech — and then hit an afterparty. It wasn’t until the next day when Will posted an apology on social media. Soon after, he resigned from the Academy of Motion Picture Arts and Sciences, apologizing again, and in April was banned from attending its events for 10 years.

Smiths otherwise kept quiet in the wake of the slap while everyone else weighed in. Then in June, Jada referenced the slap at the start of a Red Table Talk episode about alopecia. In her brief remarks, she said she hoped Will and Rock “heal” and “reconcile” after the slap because, “We need ’em both.”

Fox got emotional on the Wendy Williams Show in response to Jada’s comments, saying she has “love for the Smiths,” having worked with both of them and knowing the family. However, “Will Smith was defending [Jada’s] honor — that’s the reason he walked on stage and slapped because he felt like his wife had been offended — so for me to see no accountability as a partner. Also, let’s not forget, [Rock] was assaulted. We cannot forget that for basically telling a joke that I really felt wasn’t that bad. I just wish we could have just a little more accountability and for it to not seem so self-righteous on Jada’s part.”

In late July, Will released a video further addressing the slap. He apologized to Rock and to the comedian’s family. He also said Jada didn’t tell him to hit Rock. “I made a choice on my own from my own experiences, from my history with Chris,” he said. “Jada had nothing to do with it. I’m sorry, babe. Sorry to my kids and my family for the heat that I brought on all of us.”

Variety reported last week that Will’s Q Score — a metric that measures fame and appeal of celebrities — has dropped significantly since the Oscars debacle.

Prior to the incident, Will was consistently ranked among the top 10 “most positively rated actors” on Q’s semi-annual lists, alongside his popular peers Tom Hanks and Denzel Washington. But July’s polling showed Will’s negative rating surged from less than 10 to 26 with Q Scores executive Henry Schafer describing the results as “a very significant and precipitous decline.”