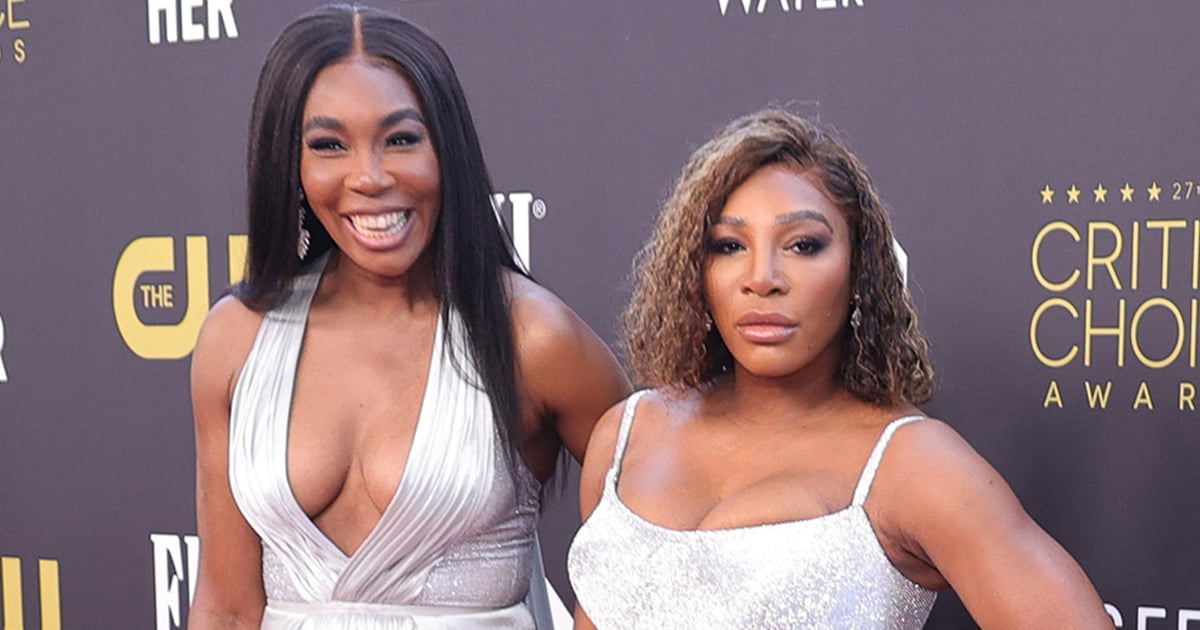 Venus Williams and Serena Williams turned the Critics’ Choice Awards red carpet into a doubles tournament on Sunday in a set of matching silver dresses that outshone any grand slam trophy. Covered in enough crystals and glitter to coat the entire Fairmont Century Plaza, the tennis pros looked like a style team as they posed for the cameras in matching ensembles that reminded us just how much we love a good twinning moment on the red carpet.

Venus wore a Versace gown with a plunging neckline and waist-high slits on either side of her legs that drew attention to her Sophia Webster Natalia platform heels underneath. In true tennis-star fashion, Venus’s outfit included a pair of shimmering bike shorts that had us feeling confident she could nail a grand slam in a glittery gown any day. Serena dazzled alongside her sister in an elegant evening dress, also by Versace, with a scoop neckline held up by sparkling spaghetti straps. But the real focal point of the dress was the pleated train that burst from her left hip and trailed at least six feet behind her, a fashion moment if ever there was one.

The sisters attended the award show alongside their mother, Oracene Price, and the cast of “King Richard,” which was nominated for five Critics’ Choice Awards on Sunday. Admire Venus and Serena’s matching Versace outfits from all angles ahead.