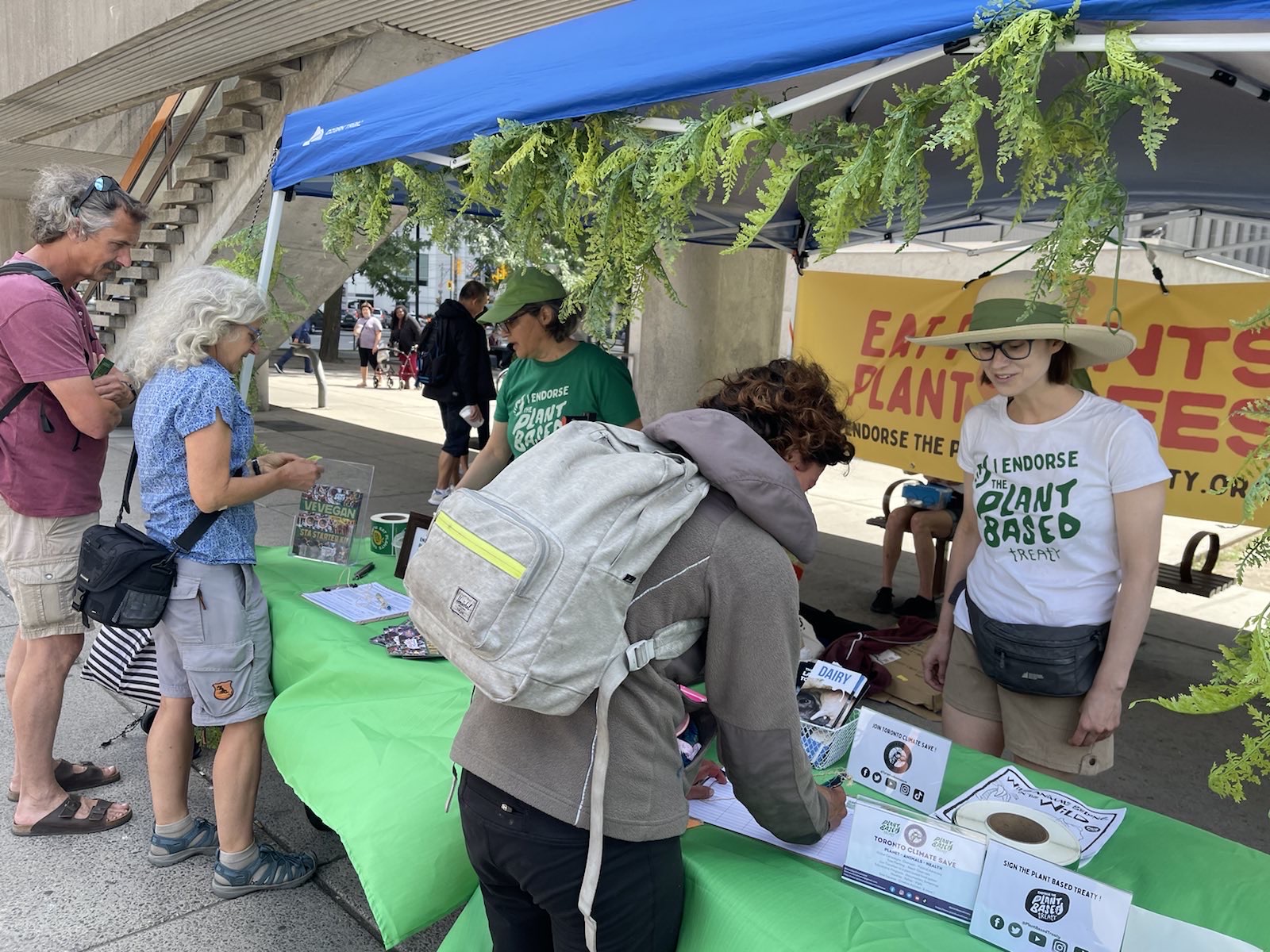 Climate campaigners will distribute thousands of packets of vegetable and herb seeds outside City Halls improve access to healthy sustainable food. The seeds are meant to encourage people to plant small gardens and connect with their food. Climate campaigners are urging town and city councils to endorse the Plant Based Treaty to reduce emissions from animal agriculture, including attributed deforestation, a key driver of the climate emergency.

Anita Krajnc from Plant Based Treaty, said, “Through our worldwide Seed the City campaign, we will be distributing thousands of packets of kale, parsley and other seeds for the community to grow in their own gardens or window sills. Plant Based Treaty campaigners are working with cities to advance food security and the accessibility of healthy plant-based foods, in order to promote the importance of mitigating the climate crisis by growing organic vegetables in community gardens and city orchards. We can all be part of the solution and fight climate change with diet change by growing our own food.”

Varun Virlan from Toronto Climate Save, who are taking part in today’s event, says, “We must cut emissions from animal agriculture to avoid temperature rises above 1.5C warming. Data reviewed by the IPCC shows that a vegan diet is optimal for the planet. We urge cities worldwide to follow the available climate science, endorse the Plant Based Treaty and prioritize plant-based food solutions in our climate action plan.”

The Plant Based Treaty proposes a shift to a plant-based food system and is backed by 18 municipal governments worldwide, including Buenos Aires, Rosario, and Boynton Beach, Florida.

The treaty has attracted celebrity backers. Paul, Mary and Stella McCartney said in a joint statement, “We believe in justice for animals, the environment and people. That’s why we support the Plant Based Treaty and urge individuals and governments to sign it.”

International recording artist Moby has also shown his support and said: “We face a climate catastrophe and especially a methane emergency. We can all make a difference. Fight climate change simply with diet change. So please join me and endorse and support the Plant Based Treaty.”

The Plant Based Treaty is modeled on the Fossil Fuel Non-Proliferation Treaty and inspired by treaties that have addressed threats such as ozone layer depletion.

The global movement is asking towns and cities to endorse the Plant Based Treaty to help pressure national governments to negotiate a global treaty that will:

Grit Daily News is the premier startup news hub. It is the top news source on Millennial and Gen Z startups — from fashion, tech, influencers, entrepreneurship, and funding. Based in New York, our team is global and brings with it over 400 years of combined reporting experience.