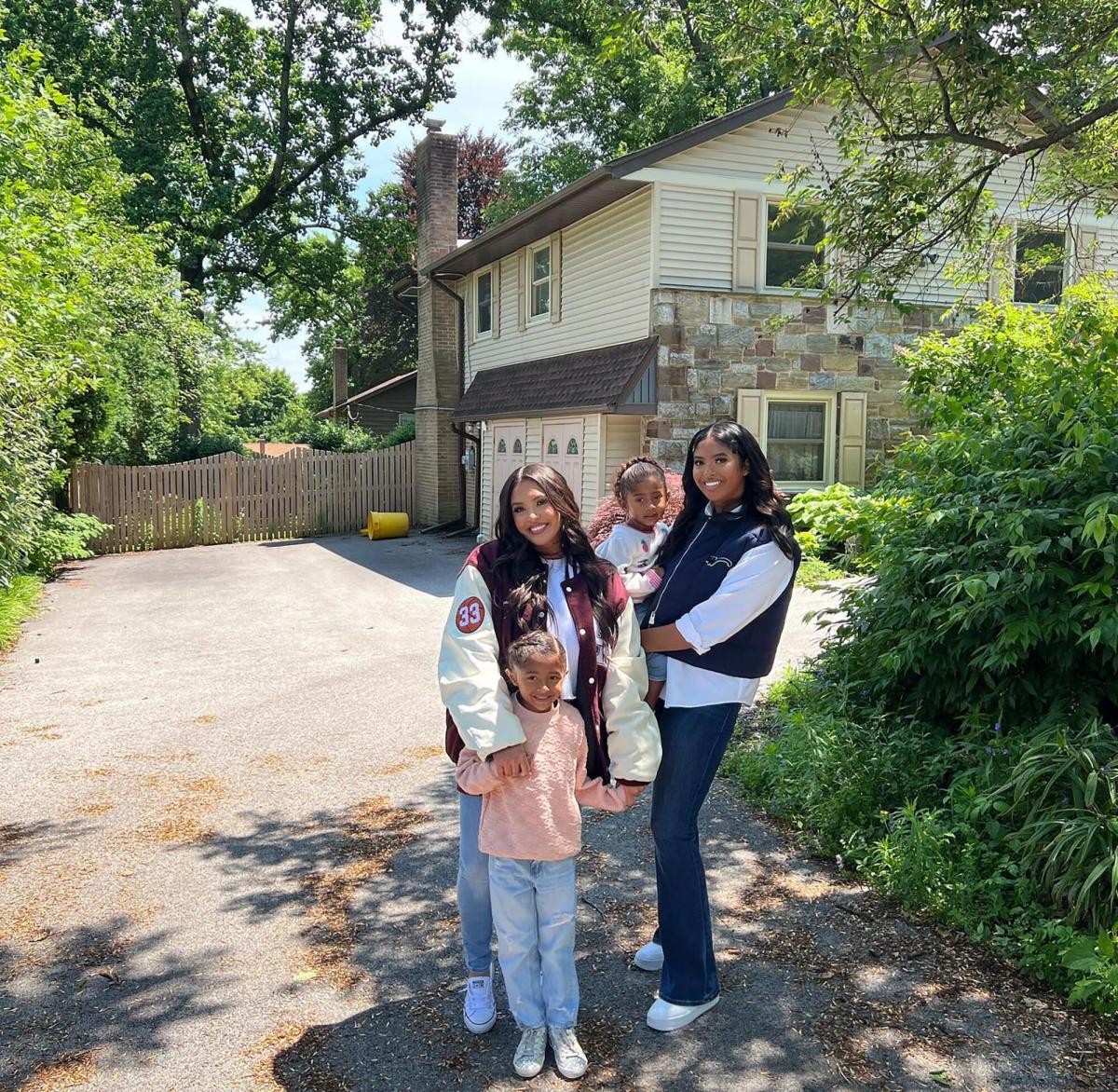 Vanessa Bryant and her three daughters are taking a stroll down memory lane.

In another post, Vanessa and daughters Natalia, 18, Bianka Bella, 4, and Capri Kobe, 2, posed in front of Kobe’s childhood home in Philadelphia.

Alongside the photograph of the foursome, Vanessa shared a throwback photo of her late love playing basketball as a teen. In the same social media post, Vanessa included an image of a manicure with “KOBE” spelled out on the nails.

The former model captioned the series of photographs with a single red heart emoji, while tagging the location as Philadelphia, Pennsylvania.

RELATED: Vanessa Bryant Poses in Front of New Philadelphia Mural in Honor of Kobe and Gianna

Kobe died in a tragic helicopter crash in January 2020, alongside his and Vanessa’s 13-year-old daughter, Gianna, and seven others.

Earlier this week, Vanessa visited a new mural depicting her husband and daughter’s likeness while in Kobe’s hometown, which she documented in an Instagram post. In the pic, Vanessa could be seen wearing Kobe’s Lower Merion Aces high school varsity jacket.

Vanessa said that she was in Philadelphia to attend the opening of two new basketball courts in Kobe and Gianna’s names at Tustin Playground in collaboration with Nancy Lieberman’s Dream Courts charity organization.

The mural, which Vanessa credited to Philadelphia artist Ernel Martinez, is positioned in the corner of the courts, watching over basketball players in the area where Kobe grew up.

“📍PHILADELPHIA📍where my husband’s love for basketball all began,” Vanessa wrote in her post’s caption, celebrating the new area. “Today, in the historic Tustin Playground and thanks to the generous contributions of donors, fans, and friends, our foundation @mambamambacitasports opened ✨2✨more @dream_courts with @nlcharities, which were beautifully surrounded by the artwork of @Art_by_Ernel.”

Vanessa went on to explain why she helped open a court dedicated to her late husband and daughter.

“I chose this location so that young people in this community may have a safe space to play with equal opportunity which was important to Kobe and Gianna,” she wrote. “We are grateful to the City of Philadelphia, @muralarts for welcoming this project and helping to make it a reality.”

Dream Courts’ Instagram also shared photos of the new court, which features a half-court circle bearing Kobe and Gianna’s names. The court also has a Los Angeles Lakers-style purple and yellow color scheme with Kobe’s No. 24 surrounded by a heart just outside each end’s foul line.