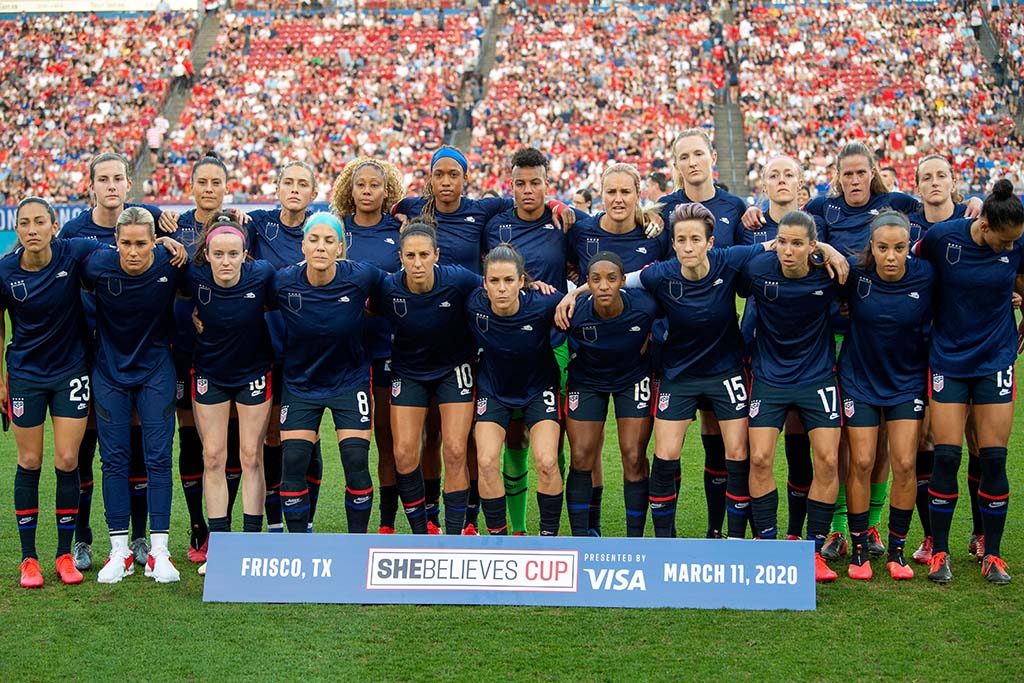 Under the two CBAs, which run through 2028, there will be equal compensation via identical economic terms. These include identical payouts for all competitions, including the FIFA World Cup, and the introduction of the same commercial revenue sharing mechanism for both teams. The agreements will ensure that U.S. Soccer’s Senior National Team players remain among the highest paid in the world.

U.S. Soccer is the first Federation in the world to equalize FIFA World Cup prize money awarded to both the women’s and men’s team.

The news comes after February’s ruling that awarded the USWNT a $24 million payout (or a $22 million lump sum) after a years-long fight and legal battle over equal pay between the (USSF) and key players of the World Cup-winning national women’s soccer team. The bulk of the figure is back pay, with the settlement also including a pledge from USSF to equalize pay between the men’s and women’s national teams in all competitions, including the World Cup, in the teams’ next collective bargaining agreements. And the day has finally come.

In 2016, Morgan, Rapinoe, Becky Sauerbrunn, Hope Solo and Carli Lloyd (Solo and Lloyd are retired) filed their original complaint with the U.S. Equal Employment Opportunity Commission (EEOC) alleging unequal pay from their male counterparts. Then on March 8, 2019, International Women’s Day, 28 members of the USWNT filed a lawsuit, citing years of ongoing institutionalized gender discrimination against the players in their compensation and working conditions.

“I don’t know if it’s a responsibility, but I want things to change,” Rapinoe, told FN in 2019. “There’s such an incredible movement around women happening right now, though it’s not quick enough. There’s still so much tension and pushback, whether it’s racial issues or gender issues or pay disparity.”

In another first, U.S. Soccer will share a portion of its broadcast, partner and sponsorship revenue with a 50/50 split of that share divided equally between USWNT and USMNT. U.S. Soccer will also pay the USWNT and USMNT players a share of the revenue from tickets sold at U.S. Soccer-controlled home matches and a bonus amount for those games that are sellouts.

The move comes at a time as optimism for women’s sports as at an all-time high — fitting, as the 50th anniversary of Title IX approaches next month. TV viewership is up, there’s greater attendance and more media coverage all around.

“This is a truly historic moment. These agreements have changed the game forever here in the United States and have the potential to change the game around the world,” U.S. Soccer President Cindy Parlow Cone said in a statement.

This is indeed a major win within women’s sports as a whole as the USWNT continues to be a leader in U.S. sports. Their accolades include four World Cup championships, four Olympic gold medals, record-breaking viewing numbers and jersey sales. For context, the men’s team has never won an Olympic gold medal or advanced past the World Cup quarterfinals since finishing in third place in 1930.