Bono has opened up about a closely-guarded family secret for the first time in a candid interview, something he has kept quiet for the over four decades he has spent in the public eye as U2‘s frontman.

It’s been known the 62-year-old musician has a brother, Norman Hewson, however, in an interview with BBC Radio 4’s Desert Island Discs on Sunday morning UK time, Bono revealed he also has a half-brother, a fact he has never spoken about publicly before.

“I do have another who I love and adore,” Bono told the radio program when he was discussing his upcoming memoir, Surrender: 40 Songs, One Story, in which he writes about finding peace and forgiving his late father, who died in 2001. He was referring to finding out he had a sibling “that I didn’t know I didn’t have … or maybe I did.”

Bono’s half-brother was born after their father, Brendan Robert ‘Bob’ Hewson, had an affair. The affair reportedly occurred when Bob was living with his wife – Bono and Norman’s mother – and son Norman in Dublin.

The ‘With or Without You’ singer said learning he had a half-sibling from a secret romance his father had with someone other than his mother is what helped him rationalise Bob’s behaviour when Bono’s mother, Iris, died suddenly from a brain aneurysm when the musician was only 14 years old.

“My father was going through a lot. His head was elsewhere because his heart was elsewhere,” Bono said. “I could tell my father had a deep friendship with this gorgeous woman who was part of the family and then they had a child, which was all kept a secret. Nobody knew.”

After Bono discovered his half-brother’s existence, he questioned his father about their family and his relationship with Iris.

“He wasn’t apologising, he was just stating these are the facts. I am at peace with it.”

Bono said once he knew the truth, he started regretting his behaviour as a teenager. During his teenage years, his relationship with his father was strained and deteriorated after the death of his mother.

“I am sure I was hard to deal with. He was coping with other stuff in his life. He was very droll and very funny. But it got rough,” Bono said. “I feel like I wasn’t there for him.”

Ultimately, Bono made a formal apology to his father after his passing, at a chapel in France.

“There was nobody there, I lit a candle and I got on my knees and I just said, ‘Look I’m sorry I wasn’t there for you, you went through a lot and please forgive me,'” Bono said. “And I felt free.” 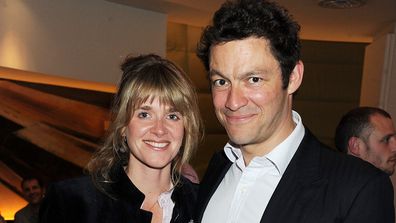