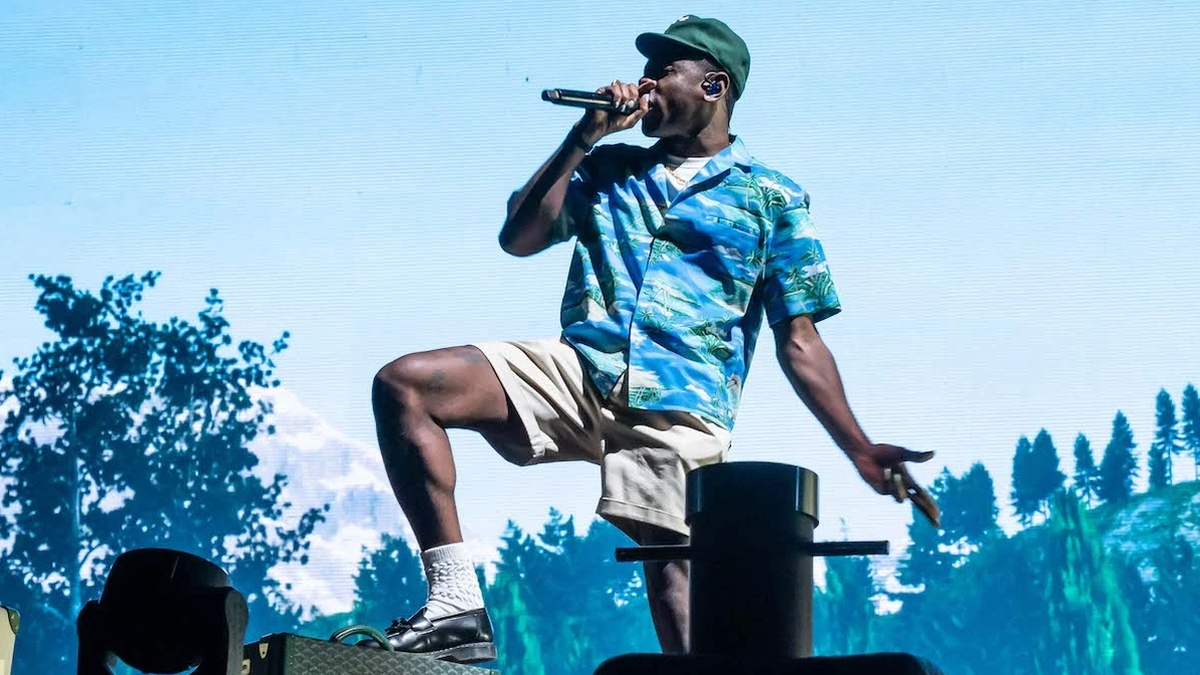 Nearly a year after debuting atop the Billboard 200 albums chart, Tyler, the Creator’s masterpiece Call Me If You Get Lost is back at No. 1. The jump from No. 120 to the top spot took place after the LA musician set a vinyl sales record with 49,500 copies sold. He surprise-announced its physical release a few weeks ago.

Call Me If You Get Lost earned 59,000 equivalent album units in the US for the week ending April 21st, according to data from sales tracking company Luminate. 51,000 units were from traditional album sales. Tyler offered CD and cassette editions of the full-length in addition to the vinyl release, which was exclusively available through his website.

To celebrate the accomplishment, Tyler tweeted out “13. blessed,” referring to a track from the album. He continued by writing, “thank you yes. dats cool.”

According to Billboard, the previous largest vinyl sales week for a hip-hop album was Kid Cudi’s Man on the Moon III: The Chosen, which moved 41,500 copies last December. The record for best vinyl sales week belongs to Taylor Swift’s Red (Taylor’s Version), which sold 114,000 copies in November — beating the previous highwater mark she set with evermore. Under its previous name Nielsen SoundScan, Luminate began tracking vinyl sales in 1991.

The new vinyl sales record adds to Tyler’s list of accomplishments related to the outstanding project. Prior to picking up a Grammy for Best Rap Album last month, Call Me If You Get Lost was named Consequence’s top album of 2021.

Rounding out the Top 5 of the Billboard 200 this week were Morgan Wallen’s Dangerous: The Double Album, Lil Durk’s 7220, the Encanto soundtrack, and Olivia Rodrigo’s SOUR.