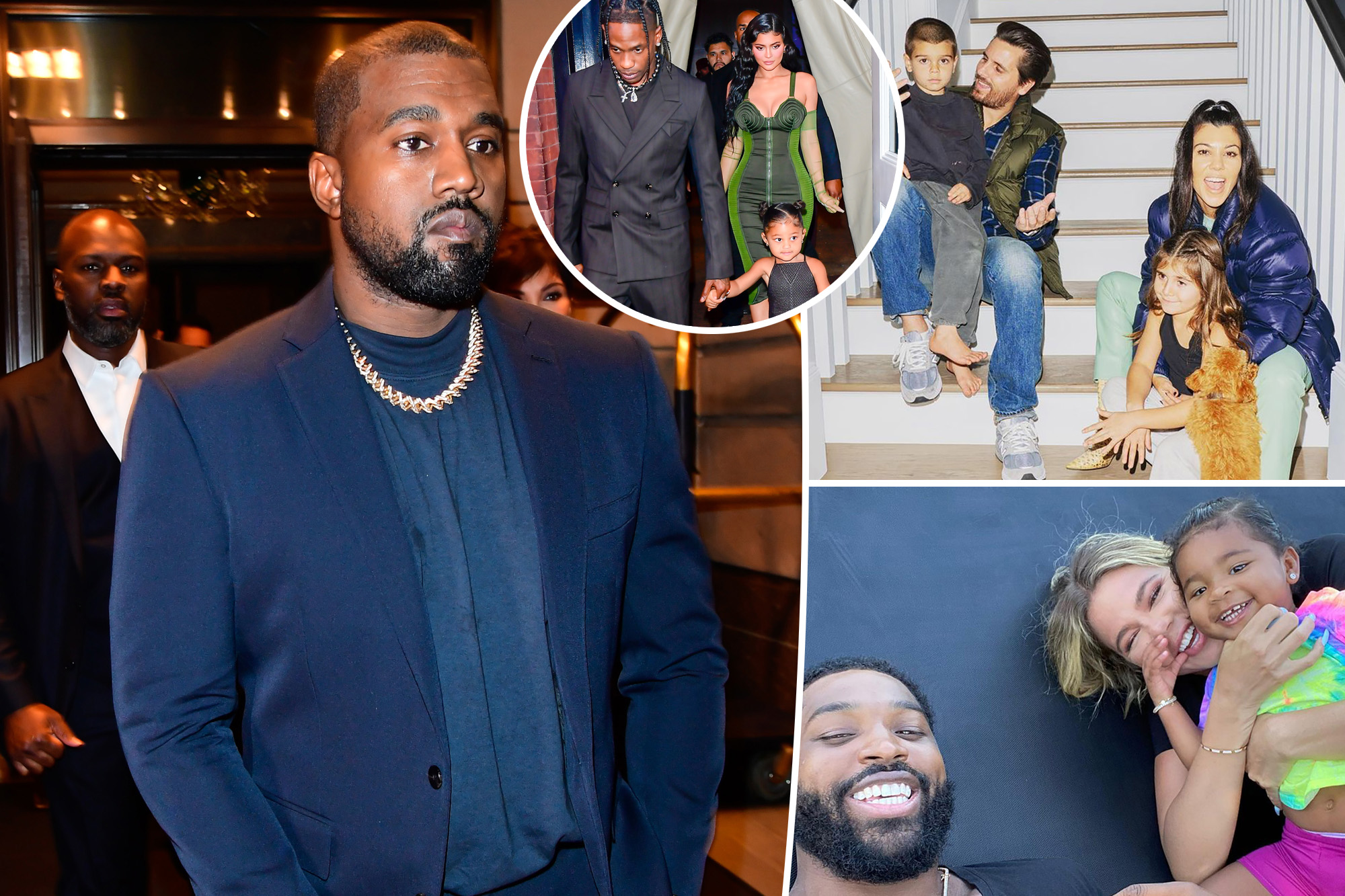 Can’t tell him nothing.

In the midst of a social media tirade on Thursday, Kanye West gave a shout-out to all the men who have fathered children with the Kardashian women.

“Calling my fellow c–m doners [sic] We in this 2gthr [sic],” the rapper captioned a now-deleted Instagram post which accompanied a black photo that simply read, “Tristan, Travis, Scott.”

He also posted a screenshot searching for “c—m donors” on Google.

Shortly after, Tristan Thompson and Khloé Kardashian — who share daughter True — had their second baby via surrogate.

The “Donda” rapper’s post came just hours after he called out ex-wife Kim Kardashian’s mother, Kris Jenner, for supporting her daughters when they shot for Playboy.

“Don’t let Kris make you do playboy like she made [Kylie] and Kim do,” he wrote on Instagram, alongside a photo of Kylie’s former assistant, Victoria Villarroel.

“Hollywood is a giant brothel Pornography destroyed my family I deal with the addiction instagram promotes it Not gonna let it happen to Northy and Chicago,” he continued.

Kanye went on to post more throughout the day, calling out everyone from Hillary Clinton to Mark Zuckerberg.

In one post, West greeted “Hilary” and “Mark” telling them that they were “gonna take me off Instagram.”

The “Donda” rapper’s sporadic posts seem to have started over a disagreement as to where his four children — North, Saint, Psalm and Chicago — will go to school.

“My kids going to Donda / They not going to Sierra Canyon / Charlemagne the God [sic] and Kris / get your motherf–king popcorn,” he wrote on another black image.

Although West apparently chose the school himself, he seems to be backtracking on the decision as he shared screenshots from a text strain telling someone, presumably Kim, that they “don’t have a say so of where the kids go to school.”

“Why you get say say?,” he continued in the texts. “Cause you half white?”

In the following post, the 45-year-old showed Kim’s response, a message from her mother asking West to stop his social media frenzy.

“I’m almost 67 years old and I don’t always feel great and this stresses me to no end,” Kris apparently asked him, to which he replied, “Y’all don’t have so so over my black children and where they go to school.”

West and his ex-wife have been caught up in a bitter divorce ever since the Skims founder moved on from their relationship with ex-boyfriend Pete Davidson.

During their 9-month fling, the “Monster” rapper used social media to call out the pair’s relationship before moving to criticize Kim’s parenting of their children.

Back in March, West slammed her for letting their oldest daughter, North, have her own TikTok account.

“I just got off the phone with Kim,” he said in an Instagram video at the time. “I told her to stop antagonizing me with this TikTok thing. I said, ‘It’s never again.’ I am her father. I know y’all don’t respect fathers and the idea of family and the media tries to promote something. I said, I am not allowing my daughter to be used by TikTok, by Disney. I have a say-so.”

He continued, “And when people say, ‘they’re gonna use this [against] you in court,’ I didn’t even have a say-so whether or not they went to Sierra Canyon. Most men do not — there’s no such thing has 50-50 custody in society today. It always leans toward the mom.”

Kardashian filed for divorce from West in February 2021 and has since pleaded with the judge to sign off on the divorce due to the “emotional distress” the rapper has caused her with his social media posts.

“I very much desire to be divorced,” she said in court documents obtained by Page Six “Kanye has been putting a lot of misinformation regarding our private matters and co-parenting on social media, which has created emotional distress.”