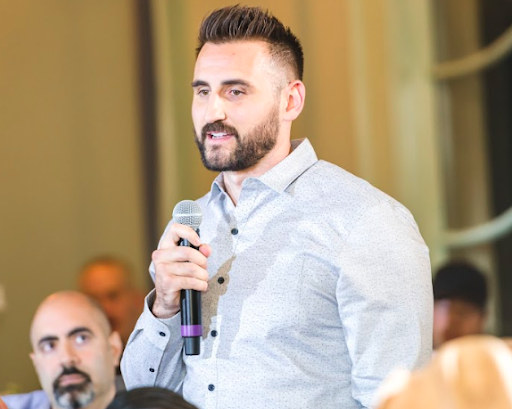 While customer service will always be a mainstay of business guidebooks, there’s a perception emerging that the future belongs to universally automated platforms. For a company to scale, many entrepreneurs believe its model must instantly be transferable to a vast class of people. Critics argue such conceptions can often overlook the nuance of bespoke services. Accessible AI-based websites may work for some, but many tasks still require human touch and dedication. This counter-argument strengthened today as Travis Chappell announced the launch of an agency to accompany his Guestio online platform.

Chappell is the CEO of Guestio, an online podcast guest booking marketplace where creators are paid for their platform, and individuals can choose where they are featured. In essence, it is aimed to be self-sustaining; as the marketplace becomes increasingly populated with shows, would-be guests are expected to be drawn to the platform. But, in a move divergent from his existing proposal, the company head has announced a more personalized service to counterbalance the marketplace’s broad accessibility.

“We’re excited to announce the planned launch of our agency,” Chappell stated. “The aim is to provide the same service as our software but done-for-you. Instead of paying a monthly fee to use our marketplace to get booked on shows, clients will be able to use our agency to have it done for them.”

The service has been running parallel to the platform for under a year but has increased in prominence recently. While Guestio’s marketplace element is said to be the key draw for investors, the agency side of the business has scaled to a multi-million dollar run rate in less than six months, beginning in January 2022.

There is a trend within the young entrepreneur space stretching beyond outcomes to overall experiences. Guestio’s agency function is planned to feature a ‘concierge-style’ service but will be restricted to prospective guests with a sufficient budget. Current monthly fees for using the marketplace are set at $97. The upfront price for the agency service will likely be higher, although the cost-per-outcome rate is yet to become apparent.

Currently, fees paid by guests for platform use are returned to creators as remuneration for their listenership. So far this year, Chappell has reported a total payment of over $300,000 to creators. Flipping the power dynamic on its head has been a staple of Guestio’s focus to date. This model is expected to continue as the company branches out into operation as an agency.

Imran Tariq Is a #1 Wall Street Journal best selling author. and the CEO of Webmetrix Group, and numerous other companies as well.