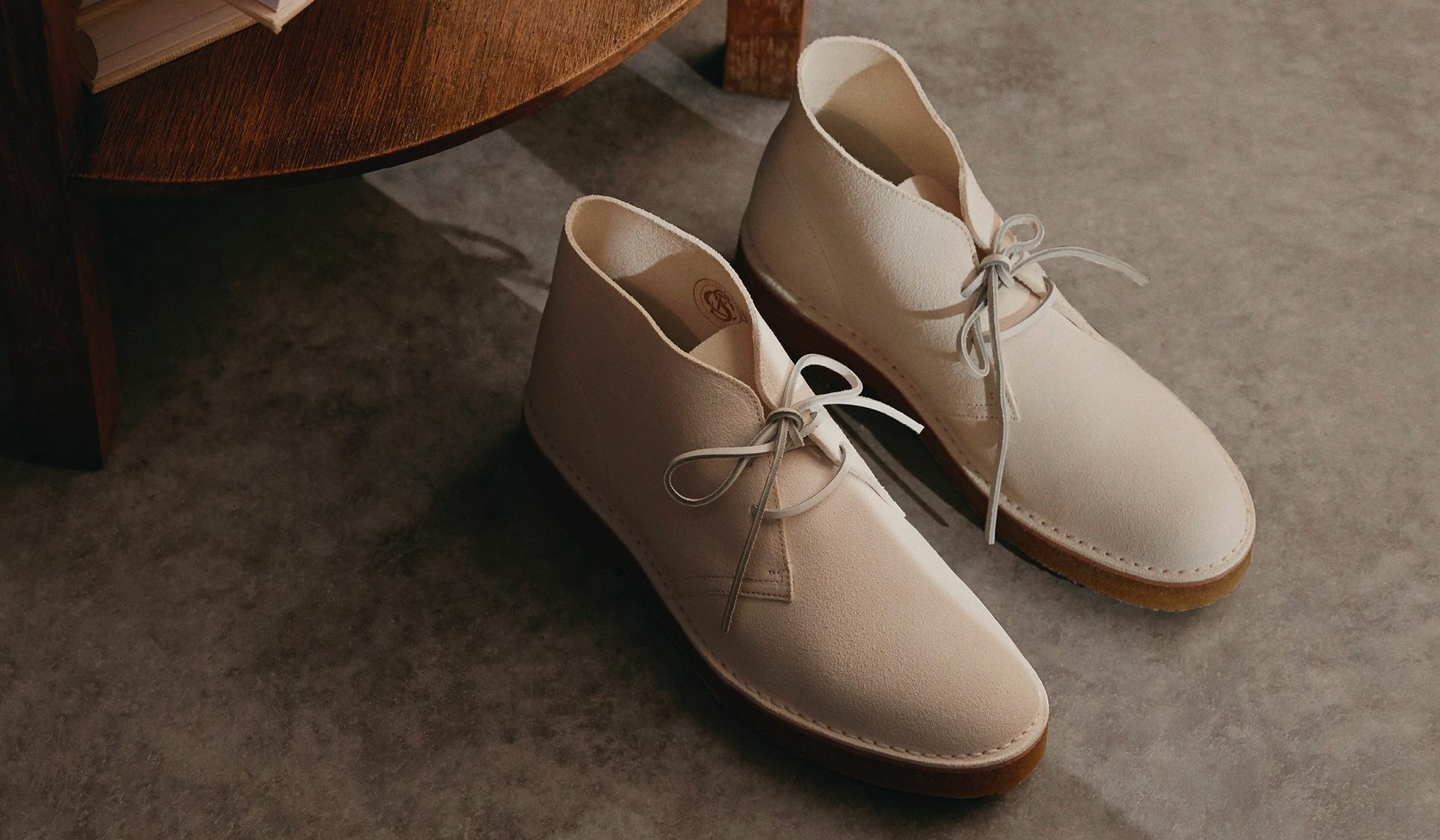 A well-polished Oxford shoe? Great. A crisp white leather sneaker? Lovely. A suede loafer? Even better. Still, as nice as all those things are, there’s no footwear that gets us grinning from ear to ear quite like a good pair of boots.

The boot is footwear in its most rugged and functional form. It’s a trusty workhorse to be called upon when the going gets tough and when shoes of shorter stature can no longer hold fast against the elements. It’s your go-to footwear of choice for three-quarters of the year and every man should have a few pairs at his disposal.

But not all ankle boots are worthy of a spot on your shoe rack. For maximum versatility, it’s best to stick to the core classics; the time-honoured styles that’ll always have your back. From traditional Derbies to luxe leather hikers, these are the five boots every man should own.

With its simple design and comfortable fit, the chukka boot is perfectly suited to day-to-day duties. It features a thin sole (or, where the original Clarks desert boot is concerned, a thicker, crepe-rubber one) and usually two or three sets of eyelets.

The chukka boot’s overall simplicity makes it highly versatile. This is a boot that can be easily dressed up or down to suit the occasion and will work across the majority of your wardrobe. The only real exceptions would be the most extreme ends of the smart-casual spectrum, i.e. sportswear and formal tailoring. Where the chukka really shines, though, is when worn with smart-casual outfits. Those tricky situations for which a suit is overkill but casual clothing won’t cut it can be difficult to choose footwear for. Not when you have a pair of these at your disposal, though. Its natural bedfellows are garments like the OCBD shirt, soft tailoring and chinos.

Is there a cooler piece of footwear than the Chelsea boot? We doubt it. This rock star of a boot consists of a simple leather or suede upper, elasticated gussets to the sides of the ankle and, traditionally, a thin sole with a slight heel.

This iconic style has actually been in existence since Victorian times but it was popularised and picked up its name during the Swinging Sixties in London. The style was closely associated with the fashion scene around the Kings Road in Chelsea and was brought to mainstream attention by the likes of the Rolling Stones. It’s also a staple of the mod subculture. Every bit as integral to the look as the fishtail parka or Vespa scooter. A lot of how to wear this particular style comes down to the boot itself. For example, a classic black leather Chelsea will complement tailoring well. Suede versions, or versions with chunky commando soles, on the other hand, are better suited to casual settings.

Generally speaking, though, this is a sleek, simple boot with a ton of swagger and works best with garments of a similar ilk. Think slim-cut dress pants or jeans, plain tees and grungy, rock ‘n’ roll favourites like leather jackets and flannel shirts.

When the weather turns, you need a boot that can take the strain. With its thick leather uppers, sturdy soles and rugged build, the classic worker boot is one such piece of footwear.

The worker boot is exactly what it sounds like: a boot that was built to stand up to the demands of daily life in the workshop. As such, it’s extremely hard wearing and perfectly capable of stomping its way through the worst of the winter weather. It’ll usually have either a moc or round toe, a thick grippy sole and will extend just above the ankle for added protection and support. One thing that should be made abundantly clear is that this is not a smart boot. Worker boots and tailoring is not a good look. Instead, stick to casual classics and workwear, like raw denim jeans, flannel shirts, heavy outerwear and overshirts. These will all lend themselves nicely to the worker boot’s tough-as-nails aesthetic.

Looking for a smart boot that can be paired with tailoring? This style should be the first port of call. The Derby boot is a loftier version of the classic Derby shoe. It features a clean, leather upper – sometimes with a toe cap or brogue detailing – and the eyelets are stitched on top of the vamp, creating what’s known as an open lacing system.

We love it because it offers all the practical benefits of a boot but with the DNA of a smart shoe. That means it’s the perfect footwear for tacking tailoring in the colder months, although it still looks great with casual clothing too. 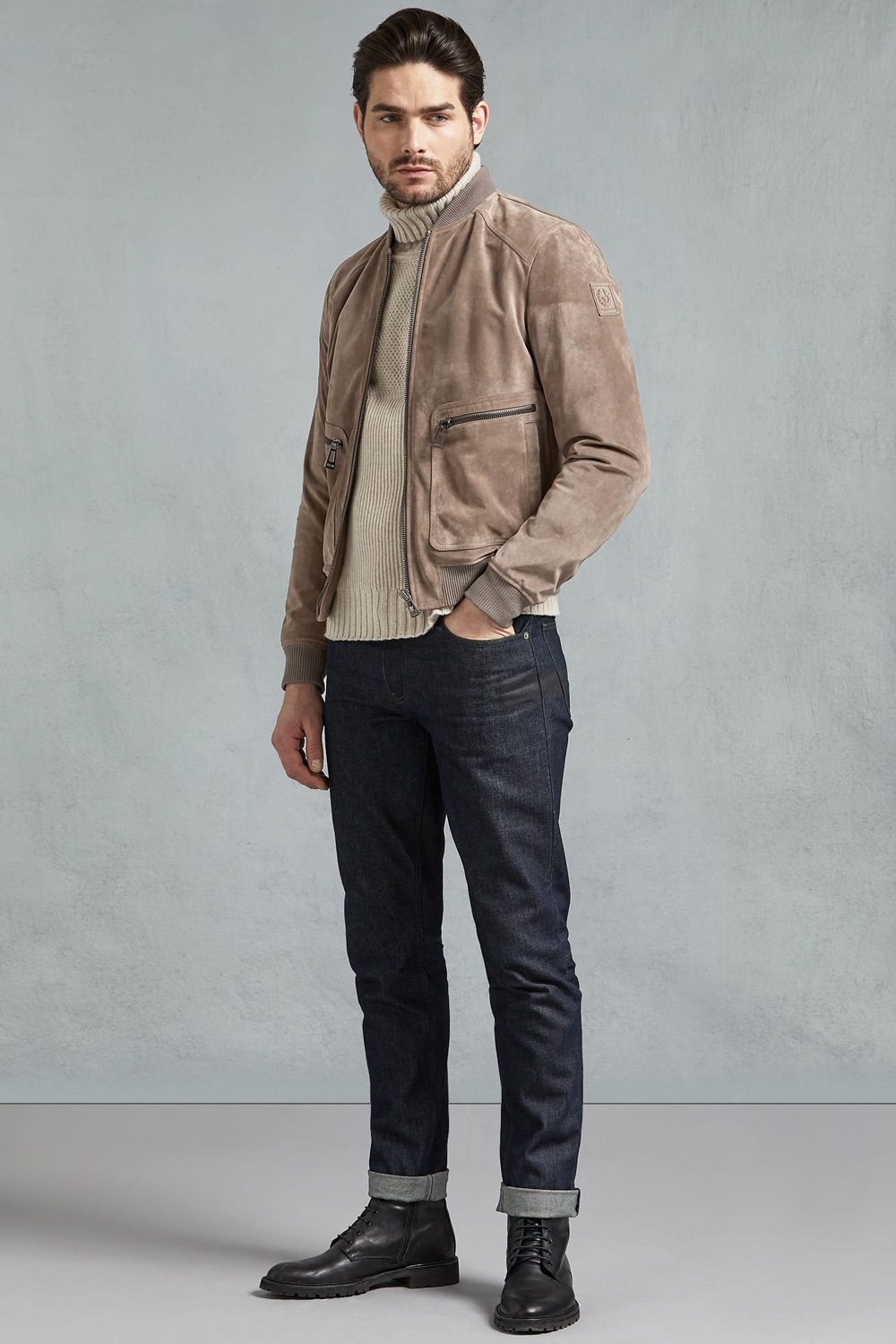 The key is not to go too casual. Stick to smart-casual pieces and you should be fine. We’re talking dress pants or chinos, fine-gauge knitwear, roll necks, luxe outerwear and overshirts. To make it a bit more casual, opt for a suede version in a lighter shade.

Hiking boots marched down from the mountains and onto the front row of Fashion Week some time ago. We’re glad they did. But the type we’re talking about here aren’t your average walking boots. These are luxury hikers, reimagined in premium materials and built in the image of the classic hiking boots of old.

The standout features of a classic hiking boot are a rugged sole, D-ring eyelets, a gusseted tongue and a round toe. Material-wise, it’s usually leather or suede, with brown, black and tan being the most common colourways. 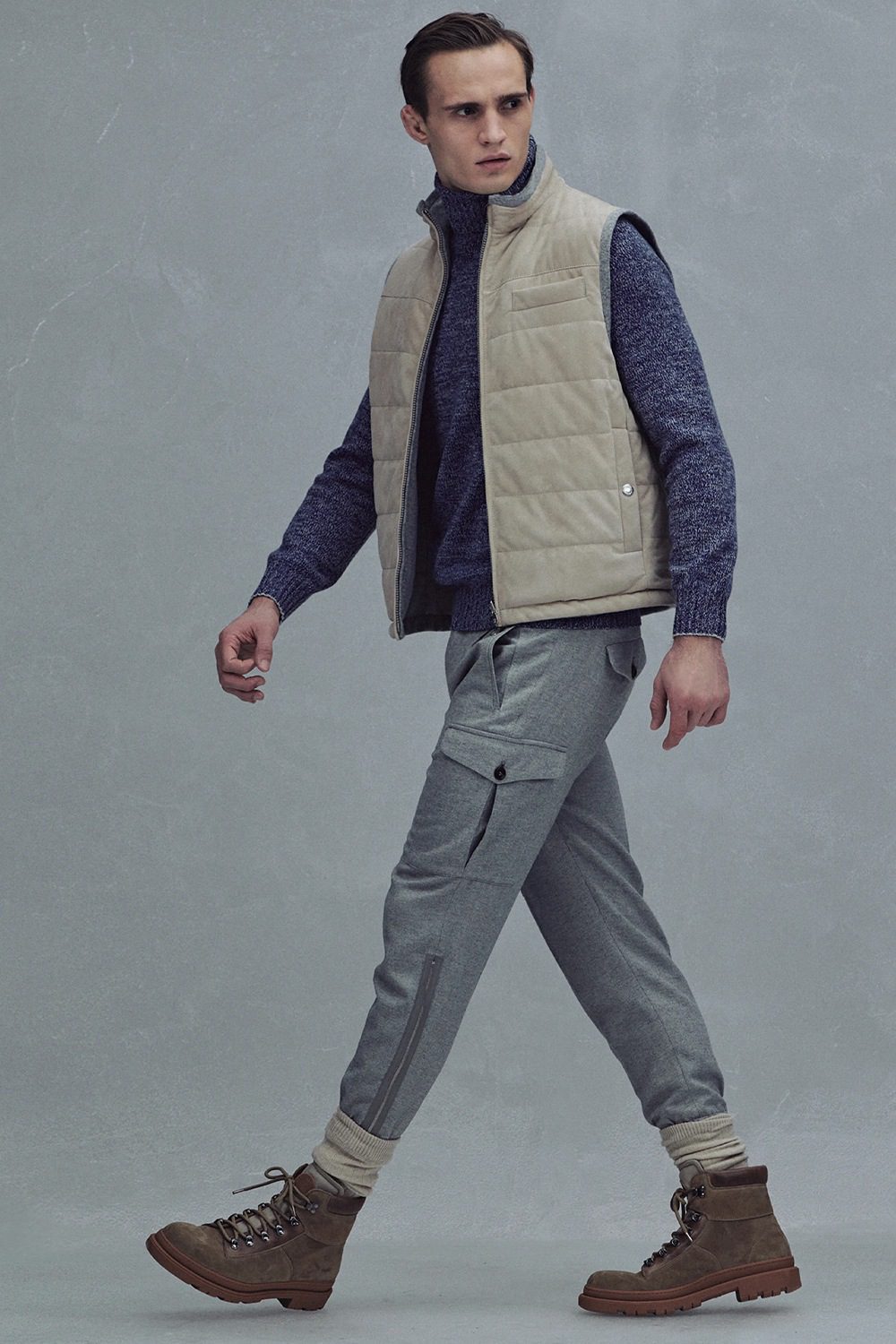 One thing to bear in mind when styling hiking boots is not to go too outdoorsy. You don’t want to look like you’ve just wandered out of a tent at Everest Base Camp. Instead, try offsetting the hiker’s rugged looks with smarter pieces. A plain, black leather hiking boot works best for this. Conversely, go for classic brown and team it up with casual pieces like selvedge denim and a heavy overshirt for more of a workwear-inspired look.