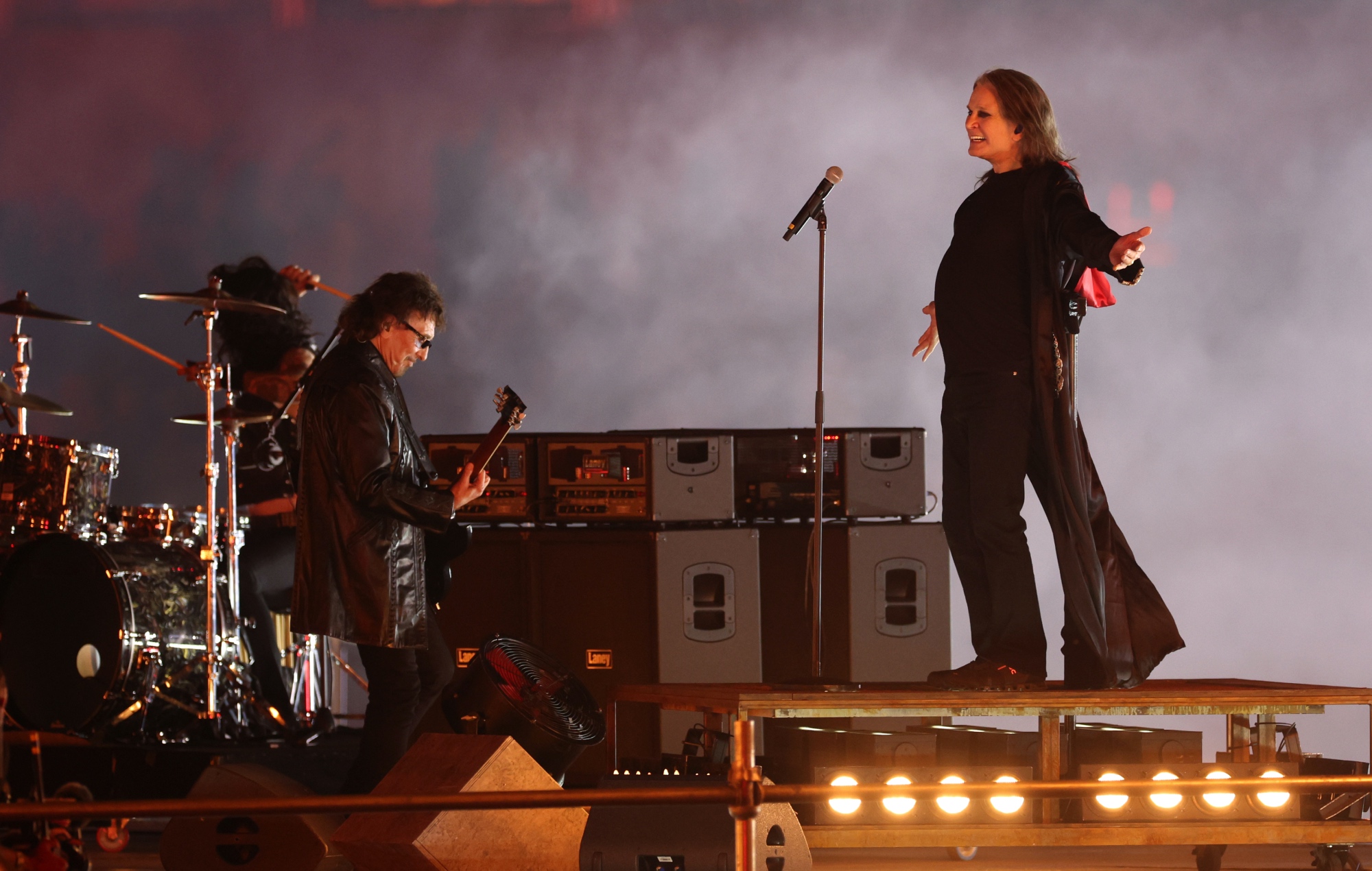 “I love you, Birmingham – it’s good to be back!” Osbourne told the crowd at the Alexander Stadium.

During a recent interview with Birmingham Live, Iommi was asked why the pair’s former bandmate Butler didn’t make an appearance.

“I don’t think he wanted to come over as he hadn’t been well with COVID,” he told the outlet.

“He’d been on holiday to Kenya and to Italy and had had an accident on a boat, cracking or breaking a rib about three weeks ago, so he was not quite in fine fettle to come over to play.”

The musician continued: “It’s a shame because we’d talked for a long time about the possibility of playing at the Commonwealth Games.”

Iommi went on to say that he was surprised Osbourne was well enough to participate in the show after recently undergoing major surgery and experiencing various health setbacks.

“I never thought that Ozzy would be able to come and perform at the Commonwealth Games because of his operation,” he explained. “And then when he said he was coming over we were asked to keep it all a secret so that nobody would know.”

Specific details of the singer’s recent medical procedure have not been confirmed, though he revealed in May that he was awaiting neck surgery as he “can’t walk properly these days” and needed to have physical therapy “every morning”.

Black Sabbath brought their career to a close in 2017 with a string of arena concerts, which concluded with a two-night homecoming in Birmingham. There has been whispers of a potential reunion ever since.

In late 2020, however, Butler said: “There will definitely be no more Sabbath – it’s done.” Earlier that year, Osbourne admitted he didn’t have the “slightest interest” in a Black Sabbath comeback. “It’s done,” the frontman said.

Speaking about the possibility of future gigs in 2021, however, Iommi commented: “You can never say never, can you?”

Following Iommi and Osbourne’s performance at the Commonwealth Games, a group of MPs, and the leader and deputy leader of Birmingham City Council, have called on the Queen to recognise Black Sabbath’s “great contribution” to British music.

Meanwhile, Ozzy Osbourne and Tony Iommi also reunited last month on the former’s solo single ‘Degradation Rules’. The song will appear on Osbourne’s 13th studio album ‘Patient Number 9’, which is due to arrive on September 9.