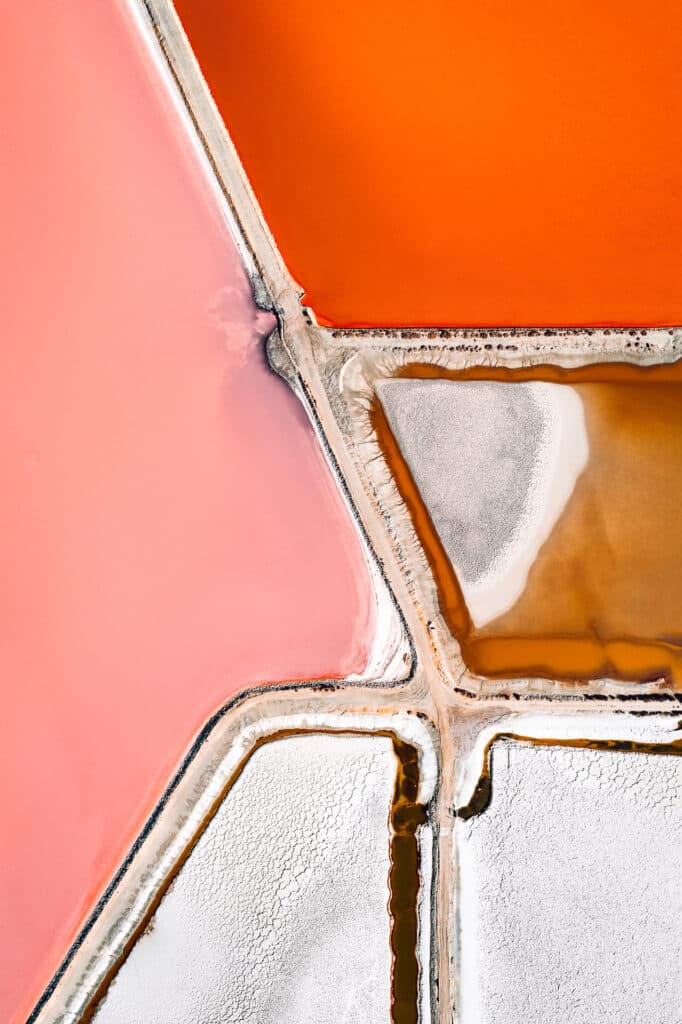 Tom Hegen, the German photographer known for outstanding aerial photography, has announced he will publish a book on his series Salt Works. The book contains 167 images across seven chapters and will be released on the 1st of December.

Talking about the book and its core focus Hegen stated: “Salt has become one of the most ordinary products on our kitchen shelves, but we rarely ask where it comes from and how it is produced. SALT WORKS takes on an aerial view of the sublime landscapes shaped by salt mining.”