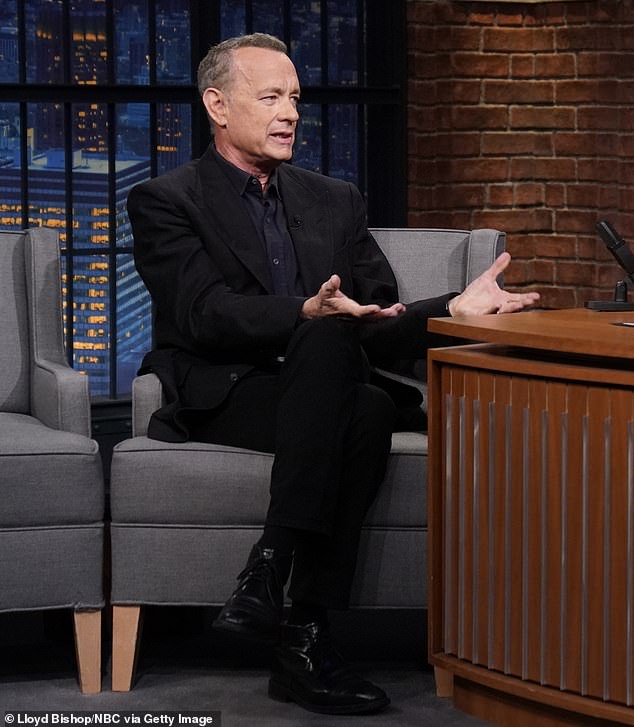 Tom Hanks is known as an amazing actor and two time Oscar winner, but he also has developed a reputation as a wedding crasher.

In an interview on Late Night with Seth Meyers to promote his upcoming film, Elvis, the 65-year-old was presented evidence of his participation in the nuptials of various strangers.

When Seth, 48, queried the actor about his career as an uninvited guest, Tom had an easy and funny answer for each situation, beginning with a sarcastic, ‘I keep thinking, “What would these people like more than anything else to remember this magic day of days? Oh, I know. Me.”‘

Hot seat: Tom Hanks was put on the hot seat Wednesday when he was asked to explain how he had earned a reputation as a wedding crasher on Late Night with Seth Meyers

The first time it happened was during filming for Angels And Demons in Rome.

‘We were shooting right in front of the Pantheon and I’m talking about the Pantheon. The building that was, you know, it says Marcus Agrippa on it for crying out loud, that’s who built the thing,’ he shared.

‘But it is now also a Catholic church. It is a consecrated Catholic church. So we were shooting in front of it and low and behold they had booked a wedding in there while we’re shooting stuff with trucks… and this limousine pulled up and it was the bride and the groom.’

The couple were having trouble navigating through all the equipment and crew. 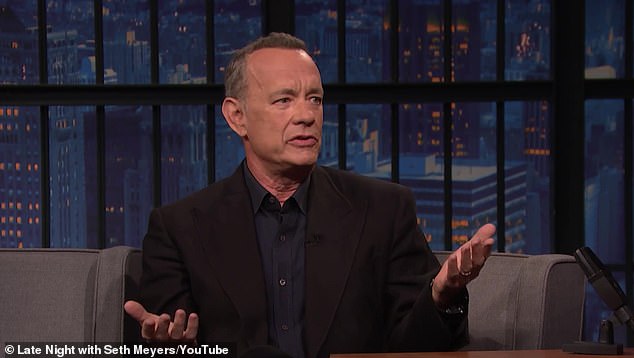 Three time attender: The Oscar winner, 65, has been caught on camera a three different weddings in which he did not know the bride or groom

‘It was like, “How do we fix this?” So, like a stalker, you know, “Hey Miss, Miss, Miss” I knocked on the window and said, “Listen, we have a thing in there, would you do me the honor of escorting you to your bridal alter?”

The picture shows the accommodating star escorting the bride and her father to the church.

The next two ‘crash’ sightings took place in Pittsburgh, where the Philadelphia star was shooting A Beautiful Day in the Neighborhood, as Mr. Rogers. 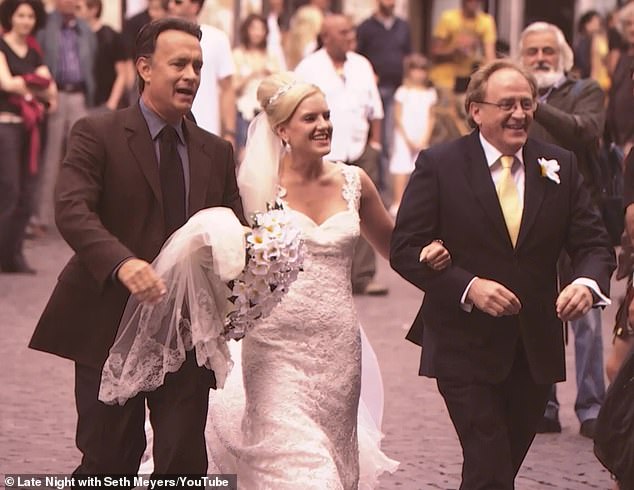 Angelic:  The versatile actor was shooting Angels and Demons in Rome when the bridal party had trouble getting to the church at the Pantheon. Tom offered to navigate the busy area so they could get to the church on time

The first incident was coincidental and happened just as he and wife Rita Wilson, 65, were going for an outing.

‘Rita and I are going off for a walk somewhere on our day off and just as we were getting into our car, in the condominium part of the building, this wedding party was coming up to get into the biggest cocktail booze-cruise bus I’d ever seen.’

The Big actor said he thought to himself, ‘Well, if the bride comes out, I jump out and take a pictures… well, she shows up, so yeah, I crashed their wedding photo.’

It appeared the third time was the charm as the actor, who was shooting A Man Called Otto at the time, was actually invited and asked to take part in the ceremony. 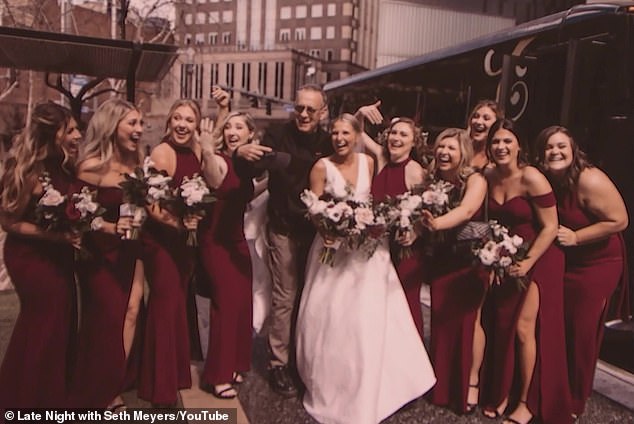 Quick take: The Big actor and wife Rita Wilson, 65, were going for an outing in Pittsburgh when they ran into this bridal party and Tom  quickly stepped in for the snap 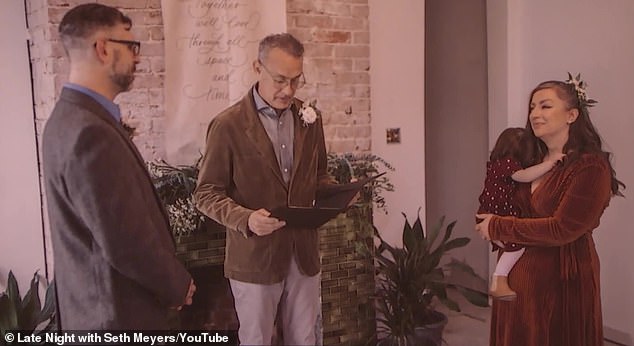 Invited:  The couple in this picture asked the A Man Called Otto actor if he could help them tie the knot on his day off. He became a minister of the Universal Life Church, and said ‘it was a great honor’

‘They said, “Look, we’ve been thinking about getting married and we couldn’t figure out how to do it… if you have a day off, could you marry us?”‘ he said.

‘And I’d like to have you know as an ordained minister of the Universal Life Church…. I like to think I studied the Gospels for over $35.

‘So, by the Commonwealth of Pennsylvania, I could perform this wedding and I did. It was Kristen and her old man, as I like to call him. I had a couple of words to say, they wrote their vows and it was absolutely beautiful. And it was a great honor.’

When the Late Night host said, ‘I’ve heard all the people whose weddings you’ve participated in are still happily married…’ Tom quickly responded, ‘There you go. I think a little fairy dust has been sprinkled upon the altar there.’ 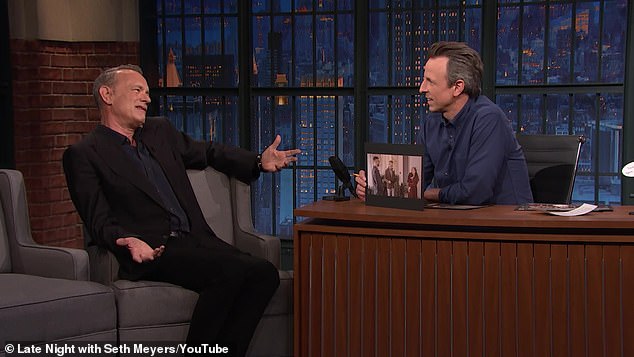 Fairy dust: When Seth told Tom all the couples from his crashes were still together, the funny guy quipped, ‘There you go. I think a little fairy dust has been sprinkled upon the altar there’