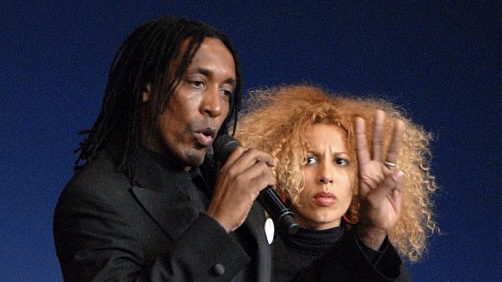 Ronnie’s Cause Of Death

According to TMZ, Ronnie Turner passed away due to “complications of metastatic colon carcinoma.” The outlet reports that the 62-year-old struggled with stage 4 cancer, as reported by the L.A. County Coroner’s Office.

In addition, the coroner’s report states that Turner struggled with colon cancer for “three weeks” before his passing. The report also reveals that Turner battled atherosclerosis cardiovascular disease — a build-up of fats, cholesterol, and other substances in artery walls.

According to Mayo Clinic, this build-up leads to the presence of plaque, which “can cause arteries to narrow, blocking blood flow.” The plaque can burst which can also lead to a blood clot and cause complications in the heart.

Ronnie’s mother Tina Turner paid tribute to her son after news of his passing surfaced. The 83-year-old took to Instagram and shared her thoughts.

Ronnie, you left the world far too early. In sorrow I close my eyes and think of you, my beloved son.

MY GOD RONNIE TURNER A TRUE ANGEL HUGE SOUL HIGH MY HUSBAND MY BEST FRIEND MY BABY I WAS YOUR MUMMY, YOUR NURSE YOUR LITTLE MONSTER. I DID THE BEST TO THE END THIS TIME I WAS NO ABLE TO SAVE YOU LOVE U FOR THIS 17 YEARS THIS IS VERY VERY VERY BAD I AM VERY MAD. THIS IS A TRAGEDY U WITH YOUR BROTHER CRAIG AND YOUR FATHER IKE TURNER AND ALINE REST IN PARADISE. SO UNFAIR

RONNIE TURNER WITH IS FATHER IKE TURNER : RONNIE WAS A TERRIFIC MUSICIAN AND BASS PLAYER AMAZING SOUL A HEART OF GIANT TRUE ANGEL HIGHLY SPIRITUAL ONE OF A KIND I AM CRYING BLOED THIS TIME TO MUCH GOD. VERY VERY VERY BAD RONNIE GOT SICK IN 3 WEEKS FUCK CANCER.

As The Shade Room previously reported, Ronnie has been preceded in death by his older brother Craig. The eldest Turner sibling committed suicide at the age of 59 back in July 2018. According to PEOPLE, Ronnie’s father and Tina’s ex-husband Ike Turner passed away in 2007.