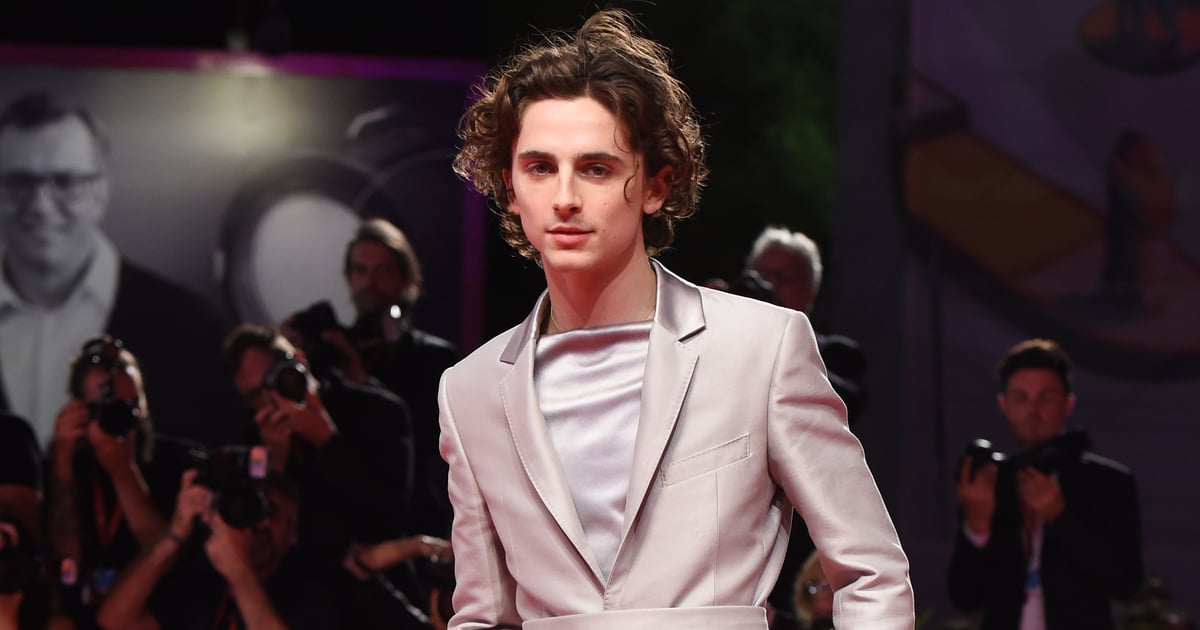 In some much-needed feel-good news, Timothée Chalamet and designer Haider Ackermann, whose looks the star has memorably favored on the red carpet, teamed up to design a hoodie that raises awareness and supports efforts to fight the humanitarian crisis in Afghanistan. The actor and activist took to Instagram to share the news on Wednesday, posting a picture of himself outfitted in the new design, alongside Haider, with a caption that read:

“So for a couple of years now @h.a and I have been wanting to make something. Together, in August, we were horrified to learn of the ongoing humanitarian crisis in Afghanistan and decided to design a hoodie where 100% of the proceeds will go to @afghanistanlibre : a relief organization with boots on the ground that fights to safeguard women’s and children’s rights — as those atrocities continue to spread, we should amplify the voices of those silent soldiers.

link in my story
peace and love
💙”

As Timothée detailed in his caption, 100 percent of the proceeds go to support the meaningful work of Afghanistan Libre, an organization that fights for the rights of women and children. The sweatshirt comes in white, featuring the image of a young Afghani woman with splattered blue paint and the words “Silent Soldier.” If you click over to purchase the HA+TC sweatshirt, you’ll also find a note from the collaborators that candidly explains the powerful work of the NGO they’ve partnered with: “This sweatshirt has been created to support Afghanistan Libre — a NGO devoted to fighting for the rights of women and girls in Afghanistan where they are being reduced to silence and stripped of their freedom and education. By ordering a sweatshirt you are donating to this great cause and its vital work. With all our affection — Haider + Timothée.”

Read on to see the collaborators wearing their new design, then shop your own if you’re feeling inspired.