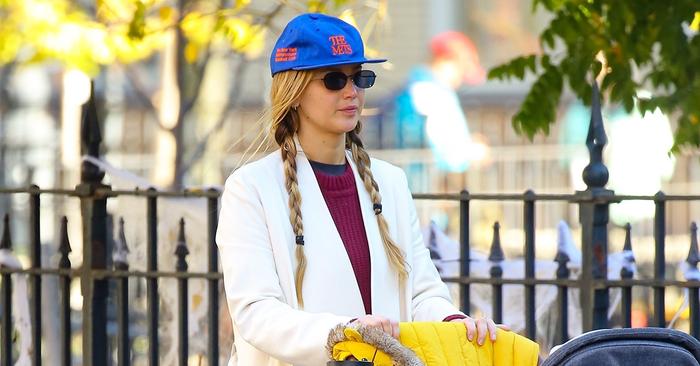 When one typically thinks of “controversial” walking shoes, they think of heels, but I’m here to throw a bit of a curve ball in the form of Jennifer Lawrence. NYC resident Lawrence is quite often seen out and about strolling the city blocks, just like any of her fellow New Yorkers. And when it comes to footwear, she’s fairly practical, often favoring sneakers and flats by The Row.

In keeping with her theme, the new flats that Lawrence has been wearing lately are, in fact, from The Row, and they go by the name the Ozzy Slippers. The form-fitting slippers, which she was photographed wearing twice over the weekend, hug the foot and expose the outline of the toes, water shoe style. And while they don’t provide a ton of walking support with their thin sole, they sure are chic, and I’m sure any minimalist would consider them to be a dream shoe.

The Ozzy Flats are currently available for pre-order with a December delivery estimate, but in the meantime, I found a few similar pairs that will tide you over. Scroll to shop them along with The Row’s Ozzy Flats, JLaw’s new favorite walking shoes.