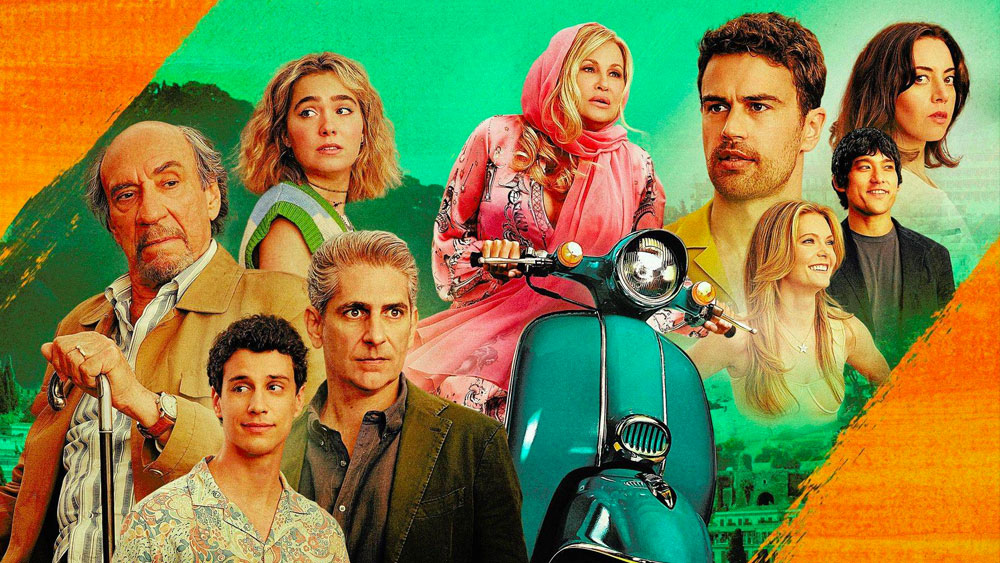 After more than a year since The White Lotus ended on HBO, Season 2 of the anthology series premiered on the cable network with a whole new setting. The location from Hawaii was changed to Sicily but the mystery that trapped viewers in the first season is back and gloomier than ever.

We are greeted by a beautiful coastline of Sicily as Daphne (Meghann Fahy) befriends two American tourists starting out their stay at The White Lotus. Daphne says she’s enjoyed her time there and takes a dip in the water before leaving. However, something in the water scares her off and she swims back to shore as quickly as possible.

It’s not long before the guests of The White Lotus become witnesses to dead bodies floating ashore. Valentina (Sabrina Impacciatore), the hotel manager, is made aware of what is happening but says that the water is not hotel property but something so big like this will not be able to be hidden under the sea so easily.

Following the teaser, we are then transported a week before the tragic events when the guests are arriving by boat at the resort. In a call back to Season 1, we see the hotel employees wave at the guests as they approach the docking station — a White Lotus tradition.

The guests arriving at the White Lotus include Daphne and her husband Cameron (Theo James), who look very much in love, Harper (Aubrey Plaza), who is seemingly not vibing with the trip alongside her husband Ethan (Will Sharpe). Tanya McQuoid (Jennifer Coolidge) is also seen arriving and alongside her husband, Greg (Jon Gries) are the only characters that cross over from the first season.

“You guys just put out all the stops. You really do. Whenever I stay at a White Lotus, I always have a memorable time,” Tanya says.

We also meet Mia (Beatrice Grannò) and Lucía (Simona Tabasco), two local Italian girls overlooking the arrivals of the American guests. When they try to pass on as guests at the hotel, Valentina rushes towards them to have them escorted out of the resort.

Guests to the White Lotus also include Dominic (Michael Imperioli), who is traveling with his son Albie (Adam DiMarco) and his elderly father Bert (F. Murray Abraham).

Greg is not happy that Tanya brought her assistant Portia (Haley Lu Richardson) to the getaway and asks her to “get lost” but stay close by in her room.

Harper is not happy to be spending time with Daphne and Cameron and calls their relationship “fake” as they are too touchy-feely even after five years of marriage.

Dominic seemingly calls his estranged wife and things between them did not end well.

Portia feels frustrated that Tanya told her to stay in her room and soon befriends Albie by the pool.

Harper reveals she’s an employment lawyer and Cameron jumps up saying his business has been dealing with a lot of “bogus” claims which sets tension among the couples. The couples have a hard time connecting with each other and end up talking about the type of television shows they each like to watch. Harper and Cameron walk back to their room to change into bathing suits and he thanks her for coming along on the trip and goes completely nude right in front of her to change his trunks.

Portia does a little digging on Albie’s Instagram account after Tanya told her to leave the dining room so her husband wouldn’t see her. Tanya tries to mend things with Greg by offering him two macaroons that he thought she had eaten but doesn’t take her offer.

Harper expressed her concern about Cameron going completely naked in front of her but Ethan says it’s completely normal.

Mía and Lucía end up sneaking into the White Lotus as “hookers” and end up knocking on Dominic’s hotel room door. Inside, Mia tells Dominic that she never imagined seeing him in person. The episode ends with both making love.