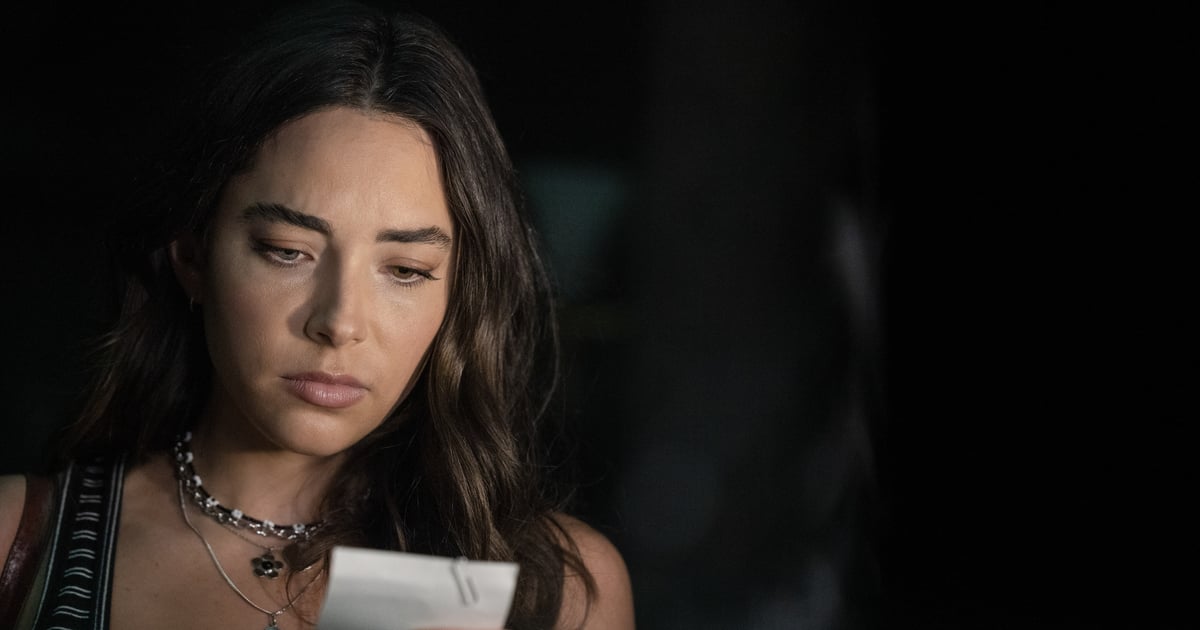 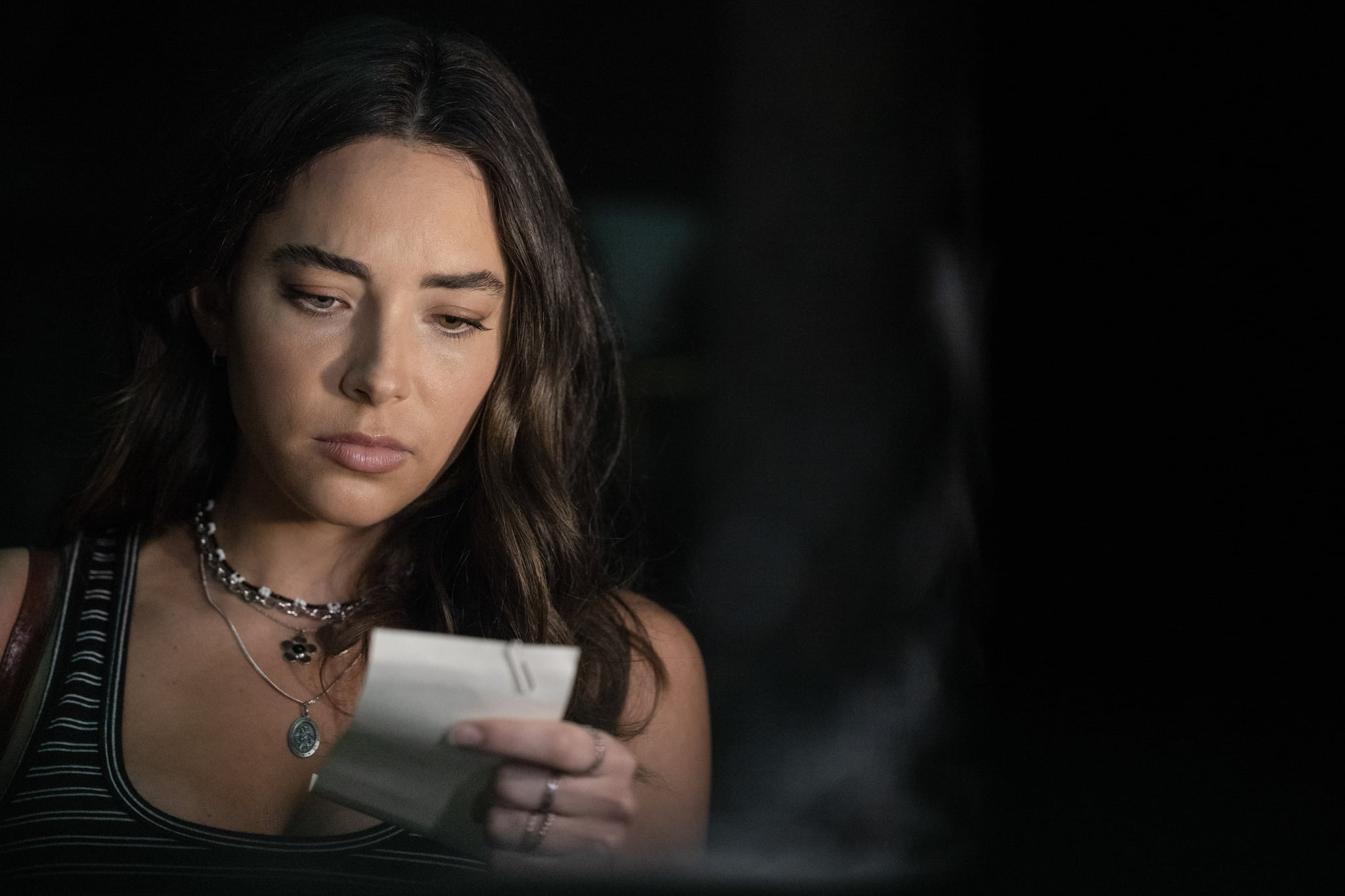 It may be a while until “Only Murders in the Building” returns for season three, but don’t worry, Freeform has a new thriller series on the way guaranteed to fill that void. “The Watchful Eye” follows “Promised Land” star Mariel Molino as Elena Santos, a young woman with a mysterious past who manipulates her way into working at The Greybourne in Manhattan as a live-in nanny for an architect named Matthew (Warren Christie) and his son, Jasper (Henry Joseph Samiri), following the death of Matthew’s wife. However, Elena quickly learns that she isn’t the only one with secrets and ulterior motives.

“‘The Watchful Eye’ is first and foremost a mystery. And I think that starts with its main character, Elena. She’s also a mystery,” Molino tells POPSUGAR. “In the first episode, we don’t really see a lot of who Elena is or why she’s here or why she has a bone to pick. And that is something that, starting with episode two, you’ll start to see what this backstory is. That’s one of the things that attracted me to the story, that she does have a very rich backstory. And as the series starts unraveling, you start finding all these pieces of information of her parents, her past life, and why she’s doing the things she’s doing.”

“You never know what anyone’s real intentions are, and you don’t really know who you can trust.”

Amy Acker joins the series as Matthew’s sister-in-law, Tory, who immediately dislikes Elena upon her arrival. Of her character, Acker says, “She is very protective of her family and [wants] to keep their wealth and their family secret safe.” Acker also notes that “there’s a little history between Tory and Matthew that we discover over the season.” She explains, “I feel like she kind of thinks maybe he’s the one that got away, and she would like to be a bigger part of his life. And if that means keeping other people away from him, she’s not afraid to do whatever she needs to do to make that happen.”

Luckily, Elena doesn’t appear to be all alone in her mission, as she instantly strikes up a friendship with a young resident named Elliott (Lex Lumpkin). “He knows more than he lets on, and he sees Elena as a newcomer to The Greybourne,” Lumpkin says. “And though he does look to her as she’s older and she has a lot of wisdom, he also informs her about a lot of what to look out for at The Greybourne, ’cause you can’t really trust anyone. He’s giving her some tips and tricks just so she doesn’t fall too hard.”

Lumpkin, who you may know from Nickelodeon’s “All That” and “Drama Club,” says one of the things he loves most about the show is that “you have to expect the unexpected.” He notes, “You never know what anyone’s real intentions are, and you don’t really know who you can trust. And so that’s why it’s really hard to tell, ’cause everybody’s got something to gain from it and it’s all about finding out who, and I think if I had to take a guess, Matthew is the one who’s gaining the most from it, but he seems kind of pure, so I’m not sure.”

Christie says he’s most intrigued by the characters and how none of them are what them seem. “All the characters have their own secrets, but this instant chemistry between Elena and Jasper maybe blinds him to a few of these things that maybe would be indicators in other situations,” Christie explains. “He’s a guy who’s dealing with a lot of stuff, and then she comes in and she brings this breath of fresh air, and the relationship is so important.” Ultimately, Matthew’s focus is “on making sure his son’s OK and that he’s having a good life” after recently losing his mother.

“The Watchful Eye” premieres on Freeform in January 2023. At its core, Molino says the 10-episode series is “about survival and about a world in which life isn’t fair.” Oh, and according to Acker, you should definitely be on the lookout for Easter eggs. She teases, “You’re going to see that things that you had noticed at the beginning, or if you go back and watch, you might be able to find things that sort of could have led you to see what the truth was — if you pay close attention.”

Keep reading to learn more about “The Watchful Eye,” including the full cast and premiere date.

The series stars Mariel as Elena Santos, a young woman hired as a live-in nanny at The Greybourne. Molino describes her character as “a very cunning, savvy, smart young woman, who has a complicated past.” She explains, “I think that she’s trying to navigate this new world that she’s going into, a very affluent society, and using the tools that she has to do so. But I think that she’s going to run into a lot more problems than she thinks.”

Molino also notes that Elena “isn’t just there to be a nanny.” She adds, “As the series progresses, we’ll find more about her past and who exactly she’s trying to get to. That’s as far as I can say, but I can tell you that even though she thinks she’s got a clear target, there’s a lot of different targets that come in and out that end up dissuading her from her mission.”

The show also stars Christie as Matthew, a wealthy widower who is dealing with the grief of his wife’s death and the impact it’s had on their son, and Kelly Bishop as Mrs. Ivey, a lifelong resident of The Greybourne who’s used to getting what she wants by using her money and power. Also joining the cast are Acker as Matthew’s sister-in-law, Tory; Jon-Michael Ecker as Elena’s boyfriend, Scott; and Samiri as Matthew’s son, Jasper.

“Everybody’s got some ulterior motives going on, [and] the motives kind of uncover throughout the season.”

Of Scott and Elena’s relationship, Molino says, “It is Scott that gives her this pathway into finding a job at The Greybourne, and in a lot of ways, their relationship is what sparks this adventure and this mission. I think that they both have axes to grind, and they both have reasons for doing some pretty shady stuff. I can only say that Elena trusts Scott, but she also knows that she needs to differentiate between her relationship and what she’s going to do at The Greybourne because that ends up muddying the waters.”

Rounding out the cast are Lumpkin as Elliott, one of the young residents of The Greybourne who quickly forms a friendship with Elena, and Aliyah Royale as Ginny, one of the nannies who works alongside Elena at The Greybourne. According to Lumpkin, Elliott is “smart, cool, and really kind.” He adds, “Like all teenagers, he has his own insecurities, and he’s just trying to vibe out. And he is vigilant, so he does watch sometimes and he might catch something, but he’s really just doing his own thing.” Of her character, Royale says, “Ginny is a sweetheart first of all, which I think we see immediately in episode one, but she’s definitely the fun, the sassy, the tell-it-like-it-is friend. I think this season we’re going to see her decide where her loyalties lie, and that can go in many different directions.”

Regardless of what role each character plays on the show, Ecker notes that “everybody’s got some ulterior motives going on, [and] the motives kind of uncover throughout the season.”

“The Watchful Eye” premieres with two episodes on Monday, Jan. 30, at 9 p.m. before moving to its regular 10 p.m. time slot. 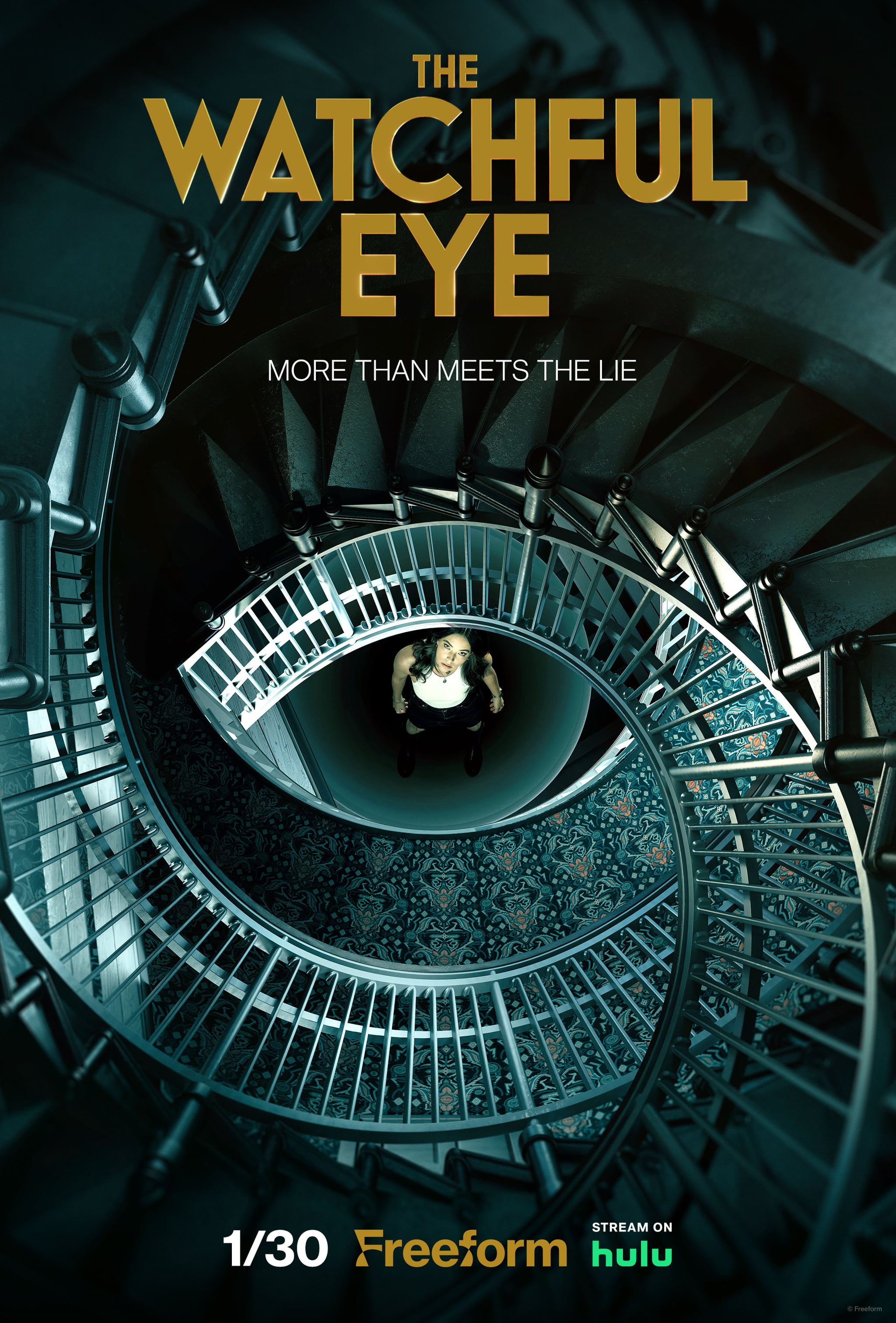