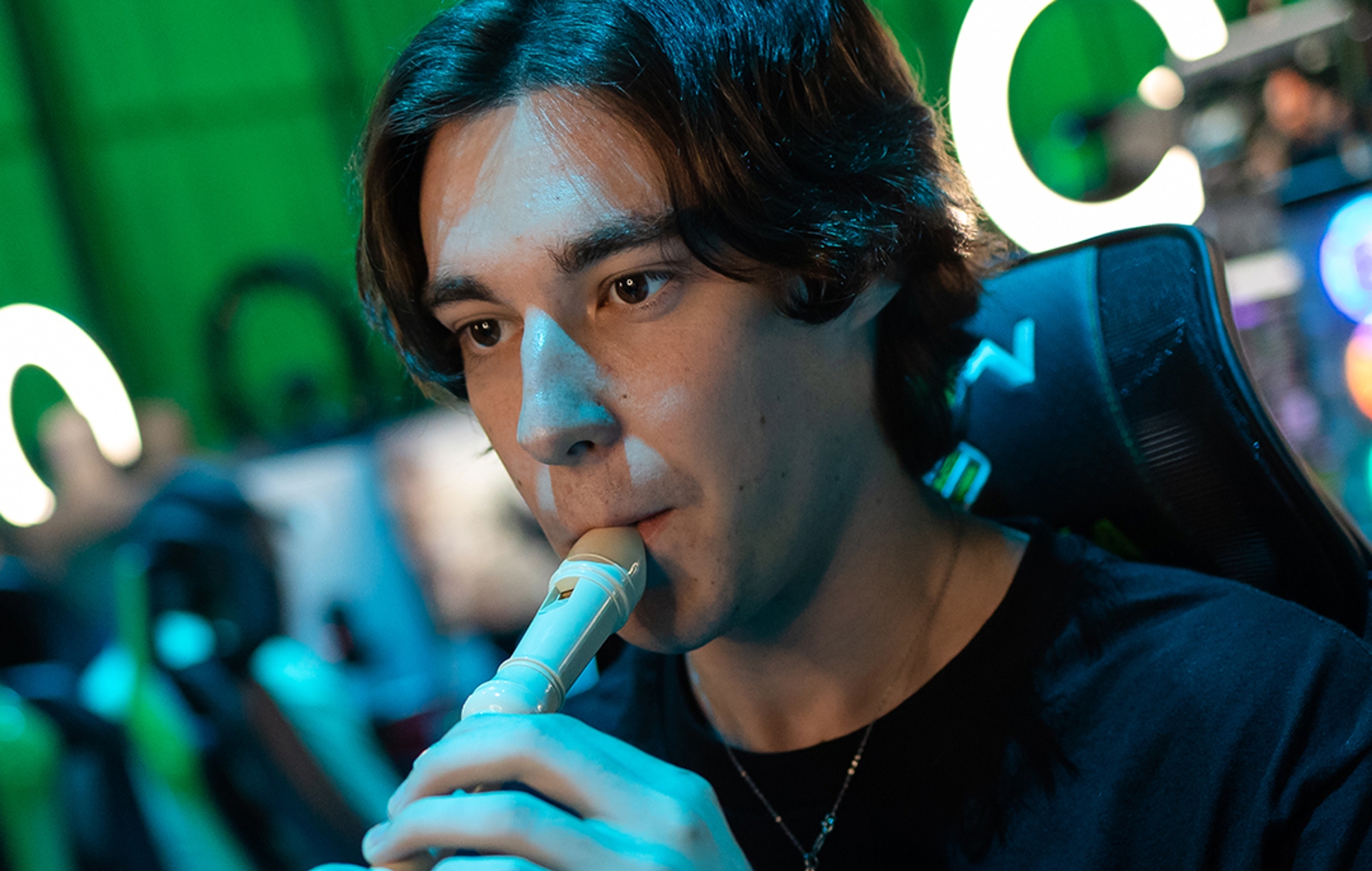 When we were days away from September’s first Modern Warfare 2 beta, a curious clip started doing the rounds on Twitter. At first glance, it shows a Call Of Duty: Warzone streamer DeanoBeano sniping a rival player with a well-timed shot. It does the job, but it’s nothing particularly fancy – until you take another look with your sound on and realise that the killing shot was delivered not through keyboard or controller, but from a recorder.

Warzone is no stranger to the weird (after all, this is the game that briefly had Godzilla) but a player killing people with a few toots of a recorder? It was no wonder that the clip quickly racked up over 300k likes. But for Deano, the kill was just another notch for a very unusual streaming career.

Check out Deano’s Twitch, and you’ll see all sorts of musical murder – in this stream he’s grinding through Warzone matches with a Guitar Hero controller, in another he’s thrashing it out with a drumkit.

Ahead of Modern Warfare 2 launching next week, we caught up with Deano to catch up on what he’d been up to since his clip went viral.

“My recorder snipe on Warzone brought so many new people to my channel,” Deano tells NME. “The next stream I held was the best stream I’ve ever had. It helped grow all my socials and was probably the deciding factor in getting invited to COD Next, which I’m super grateful for.”

At COD Next – the event where Infinity Ward gave creators their first hands-on with Modern Warfare 2‘s multiplayer – Deano did what he did best: killed Call Of Duty players with a recorder. This time, some of his rivals happened to be professional players – but because of his experience with unconventional controllers, Deano was still able to show some of them up.

“I got the idea to play with instruments from Clone Hero,” recalls Deano. “They announced a couple of years ago that they were adding support from drums, and my first thought was if I can use my electric drums to play Clone Hero, then I must be able to play other games with them too.”

ICE IN THE VEINS pic.twitter.com/oeiKD9mZUp

It sounds fairly complicated for those that stick to KB&M, and Deano admits that he “gets killed a lot” trying to get anything to work. “Every instrument I’ve tried takes some time to get used to but getting any kills at all with instruments is satisfying. I usually have an idea of what command I want set up for each note, but sometimes figuring out what’s best takes some time.”

Deano’s talents aren’t limited to Call Of Duty, either. Single-player titles like Jak And Dexter and Crash Bandicoot are fair game, along with other multiplayer giants like Fall Guys and Fortnite. On the topic of multiplayer, Deano says that if he could pick anyone to join him on a music stream with, it would be his brother. “I grew up with him loving music and being into video games,” explains Deano. “He’s never tried gaming with instruments before, but I bet he’d love it – and it’d be fun to stream together.”

Right now though, Deano’s eyes are set on this year’s double feature of Call Of Duty. “I’m really looking forward to playing Modern Warfare 2 and Warzone 2 when they come out,” shares Deano. Although he’s planning to get “really good” at playing the Warzone sequel with a normal controller because he loves taking the shooter seriously, he teases that he’ll “definitely be trying every instrument I can use on them” and even has “a few new ideas planned” – but if you want to see what that involves, you’ll just have to wait and see.

Modern Warfare 2 launches on October 28 – and if you want to see Deano working his magic, make sure to follow him on Twitch and Twitter.