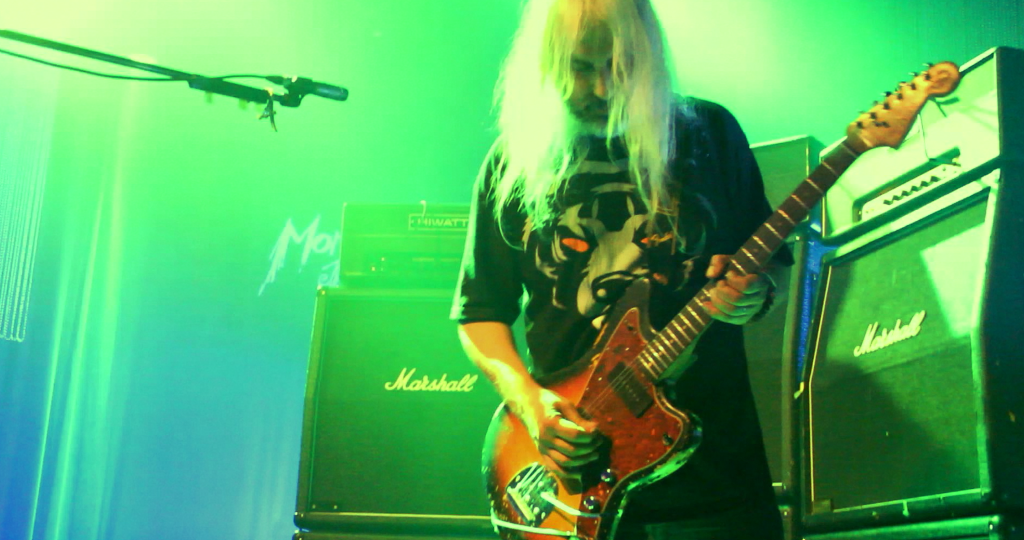 grossed over $19K this weekend with a single Saturday show at iconic music venue The Opera House in Williamsburg, Brooklyn taking in north of $17K. Independent distributor Utopia worked with Murmrr, which produces live music events, and art shingle Mondo, which created a limited edition poster only for sale in person.

Utopia’s VP of marketing and distribution Kyle Greenberg said the audience was 65% male with a strong 35-44+ turnout, although there was no shortage of Utopia’s signature younger demos. The turnout was “a testament to Dinosaur Jr. ‘s impact, with the band also continuing to find new audiences on the heels of a new album and international tour ahead this summer.”

“This is just classic alternative programming. Some people there probably went to see Top Gun this weekend too. It’s more than a movie when you can factor in live music,” Greenberg said.

The film screens in Amherst tonight for a sold-out 170 seats with a Q&A. The full band, local to the town, is attending (but not playing). The two shows set up a one-night only event launch on May 31 with 70+ screens, and a TVOD drop on 6/3. Utopia reported sell-outs in San Francisco, Raleigh, Austin, Portland and Seattle and has booked encores in a handful of college towns.

Greenberg notes Utopia co-founder Robert Schwartzman is a musician, and that he himself has worked on music films for his entire career. The company has a few more music docs in the pipeline but not ready to announce. Previous projects include Poly Styrene: I Am A Cliché last fall and Fiddlin’ in 2019. It’s a hot space. Brett Morgen’s David Bowie‘s documentary Moonage Daydream premiered at Cannes. Neon will distribute.

The distributor also continues to run Gaspar Noe’s Vortex on 16 screens, grossing an estimated $8,448 this weekend for a cume of $140.5k since April 29.

2000 Mules by right-wing filmmaker Dinesh D’Souza sees an estimated $156k through Sunday on 340 screens for a $1.2M cume in week two. Distributed by D’Souza Media (Trump Card; Death of A Nation; Hilary’s America: The Secret History of the Democratic Party). It’s a Trump really-won-the-2020-election film that claims to show illegal, concerted ballot-box stuffing by a team of far-left “mules” in swing states tilted the race to Joe Biden.

Also still in theaters: Roadside Attractions’ Family Camp is seeing an estimated three-day gross of $227,590 on 572 screens in week three for a cume of $3.3 million.